RSS
← The New Jim Crow….Auto Insurance
Syrian Air Base “Destroyed” by Trump Up and Operational in less than 12 Hours →

Murder By Cop Out of Control in Florida 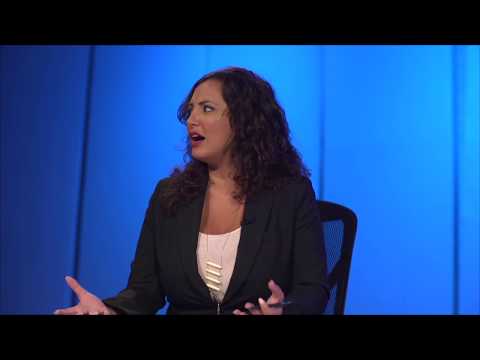 The Tampa Bay Times has just published a survey of Florida police shootings between 2009 and 2014. What the newspaper found is striking — although if you’ve seen similar studies from other states, it also isn’t terribly surprising.

First, though whites outnumber blacks in Florida by about 3-to-1, the paper found that cops shot more black people than white people. Police groups and their supporters will of course say that this is because blacks commit more crimes, are more likely to confront police, and that police are more likely to find themselves in black neighborhoods.

But the next set of numbers are more difficult to explain away. The paper focused on shootings in which the victim had neither threatened police with a weapon, nor committed a violent crime. If you subscribe to the “police shoot more black people because black people are more likely to be violent criminals” line of thought, you’d expect to see the racial disparity disappear in these numbers, or at least to narrow. Instead, it grew. Black people outnumbered white people in these incidents by nearly 2-to-1 (97-50). Police shot 55 unarmed black people vs. 25 white people. Police shot 15 black people who had been pulled over for only a traffic violation, vs. six white people. They shot 19 black people after mistaking a non-weapon for a weapon, vs. eight white people. They were about three times as likely to shot a black person who was running away (16-5), or who was suspected for a minor crime like drug possession or shoplifting (17-6), and four times as likely to shoot a black person in the back (8-2).

Perhaps most disturbingly, the paper found six incidents in which Florida cops shot a motorist because they mistakenly thought the motorist was reaching for a weapon. Five of those motorists were black. This goes back to the perpetuation of the fear of the ambush traffic stop, which is drummed into the heads of police officers over and over. It isn’t that such incidents never happen, but they’re exceedingly rare — a tiny, tiny fraction of traffic stops. A 2001 study in the Journal of Criminal Science found that even during the 1990s, a much more violent era than the one we live in today, under the worst-case scenario, about 1 in 6.7 million traffic stops resulted in the death of a police officer. When the authors used a more inclusive definition of “traffic stop,” the figure was 1 in 20 million.

Here’s a typical story from the series. The motorist is Rodney Mitchell, a 23-year-old black man and former college football player who was driving home from his job at a department store.

Adam Shaw had made mistakes in 2½ years with the Sarasota County Sheriff’s Office. He’d been disciplined for stopping minority residents for seatbelt violations then illegally searching their cars. Now he was part of Operation Armistice. Police were saturating north Sarasota to reduce crime. The black community scornfully called it Operation Amistad, after the slave ship.

Mitchell, in the Jeep with Florida tag GODANGL, was the next target.

Shaw would later say he saw Mitchell wasn’t wearing a seatbelt as the two passed on the road going opposite directions, even if it was nighttime and the Jeep had tinted windows. He would say the car didn’t stop soon enough, and that after it stopped, the driver was moving around a lot inside. He would say the driver refused to put the car into park.

What Mitchell’s 16-year-old cousin remembers from the passenger’s seat is a white cop rushing to the driver’s window and shouting: “Boy, why didn’t you stop the car?”

He remembers another officer walking to the front of the Jeep, the spotlight from his vehicle beaming through the windshield. He remembers Rodney Mitchell’s hands on the steering wheel, and Shaw ordering him to put the car into park. He remembers his unarmed cousin moving his right hand from the wheel toward the gearshift, then the flash from a muzzle, then the sound of four shots.

From stop to gunfire: 41 seconds.

Natasha Clemons raced to the scene when a friend called. Police would not let her go to Mitchell, sprawled in the driver’s seat, wearing his seatbelt. She collapsed right there, bathed in the blue lights of the lawmen who killed her only son.

Let’s talk about that seat belt. Last year, I posted about a study by the ACLU of Florida finding that black motorists in Florida are twice as likely as white motorists to be pulled over for seat-belt violations, despite being only slightly less likely to buckle up. (And it isn’t the first time a seat-belt violation has led to a police killing in Florida.)

Posted by btx3 on April 7, 2017 in BlackLivesMatter

← The New Jim Crow….Auto Insurance
Syrian Air Base “Destroyed” by Trump Up and Operational in less than 12 Hours →

One response to “Murder By Cop Out of Control in Florida”