Ramping it up, Ed Shultz tells it like it is…

The Dick is a coward.

more about “Give ‘Em Hell!“, posted with vodpod

Once in a Blue Moon

This year’s celestial event will be a “Blue Moon” on New Years eve – a rare event next expected to happen in 2028. But don’t look for the Moon to have a blue cast, the term Blue Moon means having two new moon rises in the same calendar month, which happens about every 3 years. The last time a Blue Moon occurred on New Years Eve was 1990.

Those of you planning to go out and celebrate – please be careful, imbibe responsibly…

And get home safely for a prosperous New Year.

Several Republicans have called for “Harsh Interrogation Techniques” and others have called for the Nigerian Terrorist to be handled by the extra-legal system set up by the Bushit Administration at Gitmo.

One Republican has gone so far as to attempt to Politically fund raise off the incident.

They just don’t get it. The system didn’t “work” here. Far from it! It is insulting that The Obama administration would make such a claim, but then again, these are the same weak-kneed liberals who have recently tried to bring Guantanamo Bay terrorists right here to Michigan! ,,, If you agree that we need a Governor who will stand up the Obama/Pelosi efforts to weaken our security please make a most generous contribution of $25, $50, $100 or even $250 to my campaign.

There goes that “r” word again…

more about “Just Another Lynch Mob“, posted with vodpod
http://politics.theatlantic.com/2009/12/hoekstra_raising_money_off_detroit_terrorist_plot.php

Chris Matthews And the Why of Tea Baggers

What President Obama Can Learn From Tiger?

I would hope they put this cover in production waaaaaaay before the Tiger scandalrama. The January 2010 issue of Golf Digest has a cover article and picture of President Obama and Tiger Woods on a Golf Course, and an article entitled “10 Tips Obama Can Take From Tiger”…

Tiger and the Prez Lining Up a Shot

I’m not sure all the President’s men, along with the might of the US Military…

Could get Tiger’s behind out of the trouble he’s gotten himself into.

And 9 of the 10 “Tips” President Obama would give Tiger?

“Keep your pants on.”

Terrorism In the Senate

There won’t be one, because currently – is no head of the TSA.

In yet another shining example of conservative politics trumping public safety, Republican Senator DeMint has held up President Obama’s appointment to that post. 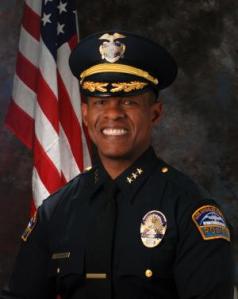 An alleged attempt to blow up a transatlantic flight from Amsterdam to Detroit on Christmas would be all-consuming for the administrator of the Transportation Security Administration — if there were one. END_OF_DOCUMENT_TOKEN_TO_BE_REPLACED

Posted by btx3 on December 29, 2009 in Stupid Republican Tricks

Maddow hits another one out of the Park, exposing the Right!

The US Commission on Civil Rights became  complete farce during the Bushit Administration, just as the Justice Department’s Division on Civil Rights became polluted and dysfunctional through ideologically racist Republican hires. While we can hope Attorney General Holder is ultimately successful in cleaning out the ideological debris, and returning the Justice Department to an organization which actually has something to do with it’s charter to protect all Americans (and there is some evidence of this). However, there is also plenty of evidence that Republicans will do almost anything to prevent those efforts in blocking a number of President Obama’s nominations, including that of  Dawn E. Johnsen to head the Justice Department’s  Office of Legal Counsel. However, as part of the effort to clean up the maisma left by the previous administration…

Under the precedent set by the Bushit Administration, that can be accomplished by the simple expedient of removing two or more of the Appointees, including naming a new Chair.

Case in point is this letter from the Commission.

Two arguments are being advanced in this letter – both are duplicitous.

There are several issues which the Bill is trying to address. The first is Health Care disparities, in terms of lack of Health Care professionals in low income areas which include Rural and Urban environments. According to the U.S. Department of Health and Human Services, over 20 percent of the U.S. population lives in rural areas, yet they are served by only nine percent of the nation’s physicians.

The second, is something I’ve discussed here numerous times is the racial disparity in Health Care, in terms of treatments received by patients of different races. A recent study by the Mt. Sanai Urban Health Institute in Chicago concluded –

There’s a stark, human cost in that: In all, the researchers estimated that the toll of the black-white health disparity is an additional 3,200 deaths of African Americans in Chicago every year.

Indeed, the study – Researchers reported that the African-American death rate from breast cancer was 99 percent higher in Chicago than for white women, a fivefold increase since 1990.

Two provisions in HR 3590 and HR 3200, the Affordable Health Care Act seek to address these issues through contracting with Schools and Universities to produce more Health Care personnel from, and serving these communities – including rural communities.

So why exactly do the Republican appointees oppose the legislation?

Because statistically it will result in the training of more minority Health Care personnel – and it might be a step towards stopping medical genocide of minorities in the US.

Now, as usual when there is racial dirty work to be done, cover is provided by one or more of the captive Uncle Toms on the right. ..

President George W. Bush designated Gerald A. Reynolds to serve as Chairman of the U.S. Commission on Civil Rights on December 6, 2004.

In this case two appointments by the Bushit – Reynolds and Kirsanow…

Both of whom signed the above letter.

The temptation is to compare these two to the Jews who tossed other Jews into the ovens at Auschwitz. That’s not a fair comparison – to those Jews who chose to serve the Nazis. It’s impossible to say who will, or won’t make an accommodation with the Devil with a gun pointed at their heads. Reynolds and Kirsanow don’t have guns pointed at their heads – so their full acquiescence and support of genocide comes from a much deeper trough of degeneracy, devoid of exigency or moral principle.

Buckdance on down and get your “Lawn Jockey of the Year”, awards boys.

Reaching For Racism in Response to Terrorism

Once again, the knee jerk reaction of the right is to reach for racism instead of coming up with comprehensive answers to terrorism. In the past, this sort of right wing racism has led to to less efficient and weaker security.

The bomber managed to evade airport security in Nigeria. Whether that is because the airport there didn’t have sophisticated (and expensive) explosives sniffing equipment, the attempted bomber had help – or he simply bribed his way in is unknown. As the son of a wealthy, well known businessman in a country where corruption is rampant – more than likely the answer is the latter.

Once he was in the supposedly “scanned” part of the system, he normally wouldn’t have had to go through security again until he reached his destination. This suggests the “trust level” of the Airport Security at the Nigerian Airport needs to be re-evaluated, and potentially passengers from that airport need to be re-screened prior to boarding another flight – just as they are when flying in from places with little or no security systems. The explosive material he was carrying, PETN is well known, and if he was screened properly would have set off every alarm in the system.

Some of them have blond hair and blue eyes.

more about “Reaching For Racism in Response to Te…“, posted with vodpod

Professional black women remain single much longer than their white counterparts. Is it the shortage of eligible black men due to dysfunctions in the black community – or are black women’s standards impossibly high? This is an interesting discussion by 60 Minutes Atlanta, with Steve Harvey –

Nutcases seem to abound this Christmas season. First there is the case of the “mentally disturbed” woman attacking the Pope at Christmas Mass –

This certainly isn’t the first (or second) time a modern Pope has been attacked, in 1981 Pope John Paul II was attacked by a sniper and shot 4 times. This nearly successful assassination attempt led to the creation of the “Popemobile” a truck with an armored glass enclosure protecting the Pope in parades and travels.

Like politicians, it is difficult to secure religious leaders, whose role by definition take them into public locations and large crowds. This is the second attack of a prominent figure in Italy (ok, to parse borders the Vatican is a separate country) in the last month – with Italian Premire Silvio Berlusconi being attacked by a man in the crowd at a political rally.

The difference being that if these attacks were conducted in America, on public figures – the attackers would more than likely be armed with guns – raising the potential damage exponentially.

Like any complex problem solutions are difficult and may involve a combination of of partial solutions. What is needed is some way to identify threats like this, before they can take action – one which works within a Constitutional and personal rights framework. 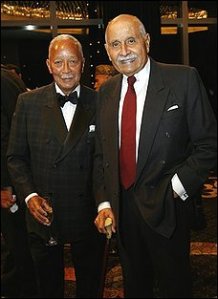 Marissa Shorenstein, a spokeswoman for Gov. David Paterson, confirmed Sutton’s death. She did not know the cause. His daughter, Cheryl Sutton, declined to comment when reached by phone at her New York City home on Saturday before midnight.

The son of a slave, Percy Sutton became a fixture on 125th Street in Harlem after moving to New York City following his service with the famed Tuskegee Airmen in World War II. His Harlem law office, founded in 1953, represented Malcolm X and the slain activist’s family for decades.

The consummate politician, Sutton served in the New York State Assembly before taking over as Manhattan borough president in 1966, becoming the highest-ranking black elected official in the state.

“The godfather,” Jackson once called him.

In a statement released Saturday night, Gov. David Paterson called Sutton a mentor and “one of New York’s and this nation’s most influential African-American leaders.”

“Percy was fiercely loyal, compassionate and a truly kind soul,” Paterson continued. “He will be missed but his legacy lives on through the next generations of African-Americans he inspired to pursue and fulfill their own dreams and ambitions.”

The Texas purchase marked a homecoming for the suave and sophisticated Sutton, born in San Antonio on Nov. 24, 1920, the youngest of 15 children.

Among Sutton’s other endeavors was his purchase and renovation of the famed Apollo Theater when the Harlem landmark’s demise appeared imminent. (more)

The death of a true pioneer, and well spoken gentleman.

Last but not least, a salute to American consumerism –

To those of you who celebrate such, a Merry Christmas. To those of other persuasions, may your Holidays be Joyous, and may the road after the New Year lead you to good things.

We’ll resume posting after visits with friends and family.

Christmas by the TV Series 24…

“Think about what you are doing Jack! No Presents for you this year… You’re on my naughty list now!”

A Christmas Song – For These Hard Times

Found this one on YouTube. This young man has quite a voice. Check out what he says at the end in terms of what the song means to him –