RSS
← Racism in the American Muslim World
Who’ll Take the Governor With The Skinny Legs? →

Might I suggest hanging the Chump from the light-post on Constitution and 17th NW? That is, after what should be a fairly brief impeachment and trial of course. 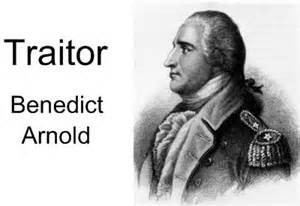 Intelligence expert Malcolm Nance on Trump scandal: “As close to Benedict Arnold as we’re ever going to get”

On an almost daily basis there are new revelations about the questionable and perhaps illegal connections between President Donald Trump’s administration (and before that his campaign) and the Russian espionage apparatus under the control of Vladimir Putin. It is no longer appears to be a question of whether the Russian government actively worked to undermine or affect the outcome of the 2016 presidential election, but who aided it in doing so.

Trump’s short-lived national security adviser, Michael Flynn, was forced to resign because he did not disclose his contacts with Russia. In addition, Jeff Sessions, now the attorney general, met repeatedly with the Russian ambassador and known intelligence operative Sergey Kislyak. Trump campaign aides Roger Stone and Paul Manafort also had extensive contacts with the Russian government. Stone has even publicly admitted to communicating with WikiLeaks — a group known to act as a conduit for classified information — in an effort to smear Trump’s rival Hillary Clinton. And Trump and his inner circle have unknown but likely extensive financial connections to Russian banks, financiers, corporations and the Russian government.

How much damage has been caused to the American people by Trump’s Russian gambit? Most important, are Donald Trump and his advisers working in support of Russian interests and against those of the Unites States? Are they traitors? How did this all transpire?

In an effort to answer these questions, Salon recently spoke with Malcolm Nance, a career intelligence and counterterrorism officer for the United States government. In his more than three decades working in that capacity, Nance served with U.S. Special Operations forces, the Department of Homeland Security and other agencies. He has worked in the Middle East, North Africa, the Balkans, South Asia and sub-Saharan Africa. A frequent guest contributor on MSNBC, Nance has authored several books, including “The Plot to Hack America: How Putin’s Cyberspies and WikiLeaks Tried to Steal the 2016 Election.”

My conversation with Nance has been edited for length and clarity. A longer version of this conversation can be heard on my podcast, available on Salon’s Featured Audio page.

In trying to make sense of  the constant revelations about Trump’s connections to Russia, we are often hearing the truism that “the cover-up is worse than the crime.” But in this case, it seems that the public is just seeing the tip of the iceberg.

You are absolutely correct. I think that the activities that have occurred and the thing that we’re seeing indicate a scandal on an order of magnitude greater than anything that’s occurred in the 20th century. What’s occurring now is as close to Benedict Arnold as I think we’re ever going to get in American history. It had better be because the only alternative to what we’re seeing with this information is, if it’s not espionage, then it will be the largest financial scandal in American history.

One would think that someone would have taken Trump’s associates aside and told them, about the ambassador and others, “These guys are Russian spies using diplomatic status as cover?” Did they not understand that or did they just ignore it?

You would think that the former director of the Defense Intelligence Agency, Michael Flynn — who had his own coterie of spies, by the way — would know that. But what would override that? Only one of two things would override that. This incredible belief that you give me a boatload of money and I get a boatload of money. Then you get these incredible, unbelievable returns promised to you, and you bring in more people. That’s what we’re seeing here, in this whole crew . . . and I refer to them in my book as “the Kremlin crew” . . . in that they saw relationships with Russia and the extractive energy industries as an ATM that would make them madly wealthy beyond anything if they controlled the levers of government.

The only other way to explain it is that they ideologically bought into [the idea] that Vladimir Putin is the greatest man on Earth and that the Russian antidemocratic system and autocracy is their way of life. I can’t believe that. I think they wanted to win at all costs, and at the end of “win at all costs,” whether that meant cooperating with Russia or working with them, there was the promise of outrageous quantities of money.

Why was the mainstream American media so far behind on the story with Trump and Russia? Incompetence? Fear? Laziness?

I think a combination of lazy and afraid. The Trump train was just so incredibly wild. For them, it was just a question of keeping up on a daily basis, writing these incredible stories. But putting that aside, the people who really, really understood the American media and really knew what to do and how to do it were Vladimir Putin and Russian intelligence

In fact, Vladimir Putin was the director of Russian intelligence and then became the president of the country from that position. Vladimir Putin understood, from the Communist era when he was a KGB officer that the Russian propaganda system of targeting Western media — that in the digital world you could easily pull the Western media around by a nose ring. He hacked the American mindset through its own news media. I would personally say [it was] the most brilliant intelligence operation quite possibly in the history of mankind at this point, because he selected the president.

Could this be worse than the case of Julius and Ethel Rosenberg perhaps in terms of intelligence coups?

Granted, that gave Russia nuclear power and the hydrogen bomb. That was a pure old-school intelligence operation. But now, you could argue that Vladimir Putin has control of 4,000 atomic bombs and they did it using Americans — knowing how Americans thought, knowing how Donald Trump thought. As part of that, you also have the successful attempt to split the “Bernie bros” from the Democratic Party, and also the Jill Steins of the world out there saying, “There’s no difference between Donald Trump and Hillary Clinton.”

It was a laughable and absurd claim.

“Vote for Donald Trump so that he can destroy the country.” That was the thing that got me about the Stein people. They wanted this anarchy and chaos that we are getting today. The Russians knew this. Vladimir Putin had Jill Stein at his table for the 10th anniversary of the RT network. I don’t care who you are, you can’t say, well, if you received the invitation, you would’ve gone, too. On his right arm, Vladimir Putin had the former director of defense intelligence, Michael Flynn. He had both sides of the election coin at his elbow, and he successfully used his agency and the American media to select the president. Russian intelligence attacked this nation with a cyber-warfare bomb and got members of the American public to prefer a former director of the KGB over anyone in the Democratic Party.

Do you think it is fair to say that Trump and his cadre are traitors and that they should be held accountable based on those criteria?

This situation also reflects the way the Republican Party to this point has pursued party over country in blockading these investigations about Trump and Russia. Trump is their opportunity to remake the second part of the 20th century and they’re going to support him no matter what. Also, Trump has surrounded himself with white nationalists, white supremacists and neo-Nazi sympathizers. His cadre is part of a larger movement of extreme right-wing nationalism in Europe as well. Again, that is not being covered extensively.

If you view Trump as a “Manchurian candidate” in league with Russia, how does that complicate the battle against ISIS and international terrorism?

Well, as far as Trump and Russia is concerned, it doesn’t because they view ISIS as the vanguard of Islam and as being a fundamentalist basis of the religion. The worst part of it all is that this comes from Osama bin Laden. He attacked us on 9/11 in order to induce a clash of civilizations between the Christian West and Islam. In all of these insane right-wingers, none of them have any military experience, and the military people that they do have that are on board with their ideology are the ones who we consider insane. These are the Jack D. Rippers from “Dr. Strangelove,” who want to start a global war and would use their authority at whatever level. This is dangerous.

This administration has got me frightened on a strategic scale because we’re all going to suffer from this. We have a saying in the military: “The stupid shall be punished.” This nation voted for stupid, and we are going to get punished because these people have no sense of decorum, no sense of decency, no sense of living up to any of the traditions enacted over 240 years of this great nation growing.

They are the wrecking crew, and they don’t work for this nation. I really think their ideology is based on an ideology they got from Putin’s philosopher, Alexander Dugin, the man who believes that Western liberal democracy must be destroyed and a strongman authoritarianism [must] step into its place, and then you could reshape the world as you saw fit. That’s Hitler and Stalin talk.

What do you think comes next? Do you think this administration can survive this scandal? Is the partisanship so deep they’re going to weather the storm?

No. There is a very serious chance that this could split the country in a very negative way. That’s what Barack Obama did not want to happen, which is why he didn’t bring all of this out before the election: “No Drama Obama.” He thought that the norms of the United States would be of help, and that the American public, with the information that they had in hand, without any thumbs on the scale, would make the right choice for president. He was horribly wrong. Actually, he wasn’t wrong. He was only wrong by 70,000 people and three counties.

I think this will end in impeachment. If it does not, the American system of government will split in two. I mean, like the Democrats will just stonewall and say, “This is treason.” Then you’re going to get the Republicans who will say, “We’re going to use every level of power to go after anyone that doesn’t agree with us.” But at the street level, you won’t see the changes. You’ll still have the right to speak out. There won’t be any arrests like there were in Russia with Pussy Riot. But people who support Trump will do all of that. They’ll come and attack you. They will silence you. There will be self-appointed groups of people and militias that will make it clear that Trump is God.

← Racism in the American Muslim World
Who’ll Take the Governor With The Skinny Legs? →

One response to “Counter-terrorism Officer – Trump a Traitor!”