Suspects in the Jada Justice Murder case pleaded “Not Guilty” in court today. They are being held without bond. On this video, Jada’s Dad speaks out for the first time.

June 29, 2009 (CHICAGO) (WLS) — Not guilty pleas have been entered for the two people charged with killing little Jada Justice. Jada’s babysitter and her boyfriend made their first court appearance Monday morning. END_OF_DOCUMENT_TOKEN_TO_BE_REPLACED 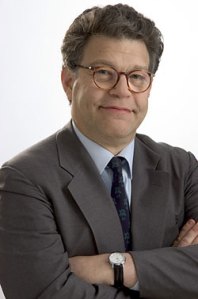 Un-freakin- believable that this has been held up for so long, leaving the folks in Minnesota without representation from their elected Senator.

Well – the good news is that the Senate now has a 60 Seat Democrat majority which could stymie Republican efforts to derail progress. Let’s hope they use it soon to correct some of the politically motivated decision of the SCUMUS 5, get the Health Care Bill Moving…

And finally get the country back on the right track.

Nearly eight months after Election Day, Al Franken, a former comedian and an author, appeared certain on Tuesday to become the next United States senator from Minnesota, giving the Democratic Party at least symbolic control over Senate filibusters. END_OF_DOCUMENT_TOKEN_TO_BE_REPLACED

You know – as much as conservatives and their black acolyte Uncle Toms try and beat black folks down by constantly haranguing about that portion of the black population which doesn’t do well, or is failing…

Every day, we have standouts like the Stephen Allsop.

Rev Long Legged Mack Daddy (Other -Brother) is At it Again!

Here he goes again! This time on Michael Jackson’s funeral – demanding President Obama bump the Jackson family out of the way and take a front row seat!

You know – I now think I know what happened to Geraldine after Flip Wilson passed away! 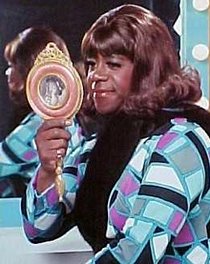 Geraldine has a brand new gig!

If you think this is about Ricci – You’re wrong (mostly).

The election of a black President of the United States has sent shock waves through the ever shrinking conservative Republican community. The sort of thing not seen in this country since 1929 when the Stock Market Crash resulted in folks jumping out of windows in high buildings…

END_OF_DOCUMENT_TOKEN_TO_BE_REPLACED

Did I miss Something… Is Madoff Black?

So much for Jewish people having become white. Bernie Madoff got more years for his massive white collar crime than your average black person gets for having a gram of crack cocaine…

And near as much as for being black while having two grams.

Damn… This is a first. Maybe the federal courts are finally getting serious about white collar crime?

I doubt it. It had a lot more to do with who the folks were who Bernie ripped off.

Of course he’ll be doing time at Club Fed.

Now – then there is Mark Stanford, or Lord Stanford as he likes to be called since being Knighted by the Queen of England.

Bank Robbery – Then and Now

With the summer Movie blackbuster season well under way, possibly the top movie of the summer will be released this week detailing some of the life of John Dillinger, played by possibly the best actor of his age group, Johnny Depp.

Whereas once it was criminals robbing banks – it’s now the banks robbing the public. And like the criminals of the 1930’s – it’s time for the Feds to step in –

Consumers being weighted down by overdraft fees may soon have relief in the form of H.R. 1456, The Consumer Overdraft Protection Fair Practices Act. END_OF_DOCUMENT_TOKEN_TO_BE_REPLACED

Five neatly dressed young men answered “Yes Sir,” on Friday as state District Judge Tom Yeager asked them if they accepted the terms of a deal that included pleading no contest to misdemeanor simple battery. END_OF_DOCUMENT_TOKEN_TO_BE_REPLACED

Didn’t they just send Kwame Kilpatrick (and his Honey) ex-Mayor of Detroit to jail for the same thing? Why exactly is Sanford getting special consideration? END_OF_DOCUMENT_TOKEN_TO_BE_REPLACED

I’ve said this before, and I’ll say it again – the “Pro-Life” movement is more accurately called the Pro-Genocide movement.

Why? Because their support of “life” is narrowly confined to abortion. The fact that 10,000 or more black babies die a year due to substandard prenatal healthcare, another 10,000 die in the first year – and another 50-80,000 black American die a year due to substandard health care – and when combined with the unnecessary deaths of Hispanic and other minorities results in a Rwanda sized genocide, right here in America every 4 years…

Isn’t something on the agenda. 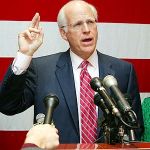 Rep. Christopher Shays (R-CT)Save the Dogs FEMA! They obviously are more valuable than black and brown folks dying as the flood waters rose in Katrina

The christian right is perfectly happy to aid and abet in the murder of tens of thousand of black and brown babies a year through their support of right-wing racism in the form of conservative politics – as long as the mother doesn’t choose to abort the baby.

And as usual, whether with the”coonservative” talking heads and writers whose specialty and stock in trade is excoriating “black depravity” –  the Pro-Genocide right tries to put a black face in front to convince some weak minded black folks that genocide is good for them…

An African-American priest who graduated from the University of Notre Dame in 1989 told the National Right to Life convention June 19 that he was “heartbroken” when he learned that Notre Dame planned to honor U.S. President Barack Obama at its 2009 commencement. END_OF_DOCUMENT_TOKEN_TO_BE_REPLACED

CROWN POINT, Ind. (AP) – Officials have identified a body found in northwest Indiana as that of a missing Portage toddler, and the child’s baby sitter and her boyfriend have been charged with her murder. 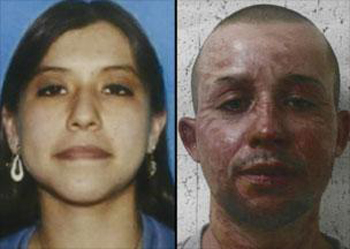 Eighteen-year-old Engelica Castillo and 24-year-old Tim Tkachik, both of Hobart, were being held without bond Friday in the Lake County Jail. They are charged with murder, neglect of a dependent, battery and false informing.

Lake County Prosecutor Bernard Carter said he is quite certain that the child’s body found Thursday afternoon is that of 2-year-old Jada Justice. But, he said a formal identification still needs to be done. An autopsy on the body is scheduled to be conducted on Friday. END_OF_DOCUMENT_TOKEN_TO_BE_REPLACED

Here is an interview of Cynthia McKinney, who is apparently on a boat near Cyprus trying to run the Israeli blockade of shipments to Gaza (I haven’t figured out yet how you get a boat to Gaza… but whatever…).

The Congresswoman from Minnesota who single handedly has established that not only do you not need a college degree – mental illness is no impediment to serving in Congress – is at it again!

This time with a refusal to fill out the US Census…

Never mind that as a elected representative, you have certain responsibilities (Hello, Mark Sanford?), like… END_OF_DOCUMENT_TOKEN_TO_BE_REPLACED

Blame it on the Boogie… Indeed – END_OF_DOCUMENT_TOKEN_TO_BE_REPLACED