2,500,000 to 5 million people marched today in over 600 cities in the US and around the world to reject the Chumph’s illegitimate presidency.

The City has about 3,000 parking spaces for buses, including those in close in Northern Virginia (You can walk across the bridges).

A month ago, city officials said they were expecting around 1,500 buses. But as of Tuesday, just 435 charter buses have permits to park on Friday (Inauguration), about half of them in the sea of asphalt around RFK Stadium and the other half in lots and spaces around the city (Only about 250 actually showed up), according to the District’s Department of Transportation. At least a dozen of them are coming to shuttle people to protests organized by DisruptJ20, the ANSWER Coalition, and other groups.

Meanwhile, on Saturday, there a total of 2,066 buses registered to bring rally-goers for the Women’s March on Washington, according to figures collected by DDOT. EventsDC, which is handling permits at RFK for the day, said they filled all 1,200 spots available at the stadium by last Tuesday. WMATA, U Street Parking, and other private companies are also providing parking elsewhere in and around the city.

Predicting crowd sizes is a deeply imperfect science, but buses offer one of the few concrete measurements to gauge participation.

There is no count of the number of people who came in on the “Chinatown” buses which normally operate hourly between DC and NYC, Phila, Boston, Richmond, and Atlanta.

Greyhound is reportedly sold out

Many came in on the Amtrak train Union Station, which is a block from the Capitol Building. Amtrak reported being sold out today.

Women’s March Begins to Fill Mall about 10 AM – They are flooding in from Independence Avenue (on the right), and Constitution on the left 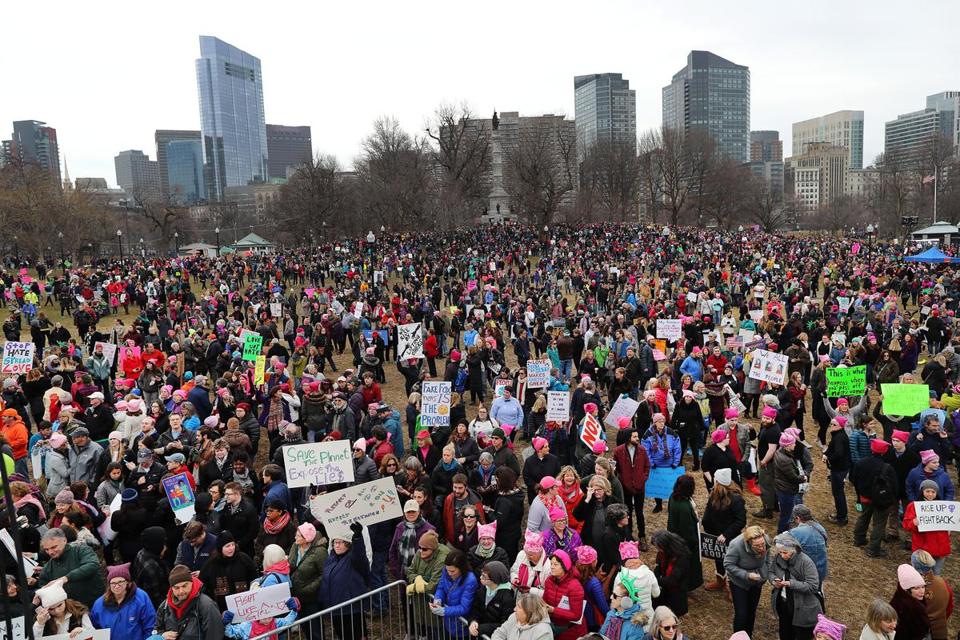 And almost every major city (outside of Russia) around the world.

This is shaping up to be the proverbial 2×4 right between the Glenn Beck Tea Baggers beady eyes.

Not only are Americans sick and tired of the crazy ranting and frothing at the mouth by extremists trying to take over our Political Systems – but the idea has resonated worldwide, that if we don’t do something, the whack jobs will be in control.

Jon Stewart’s spoofy politicalRally to Restore Sanity is headed toward world domination. Some 800 Sanity demonstrations in 67 nations are being planned around the globe to coincide with the Daily Show host’s DC demonstration this Saturday. Sanity marchers will gather from Paris to Mt. Everest’s base camp in Nepal. “Everyone was getting excited” about the Washington rally, “so I thought, ‘Gosh, why couldn’t we do something local?'” said a marketing consultant in Paris. She’s organizing the event for the Champs de Mars at the Eiffel Tower through Facebook. “We’ll be doing it sanely and calmly and with a sense of humor—which is a change from what’s been happening,” she adds.

The popularity of the rally reveals a deep-seated desire to pull politics back into rationality, a professor at Harvard’s Kennedy School of Government tells the Christian Science Monitor. “It’s weird to see people so worked up for the sake of a more rational political process,” he adds. Stewart has been pitching his rally to those who think “shouting is counterproductive, and terrible for your throat; who feel that the loudest voices shouldn’t be the only ones that get heard.” There’s just one problem: “How does one restore sanity to a part of the world where it never existed?” asks a writer in the Jerusalem Post, who proposes an Israeli rally to “introduce” sanity.