ANOTHER Trumpster in the Dumpster!

This neo-Nazi brought aboard by Bannon’s Brietbart. 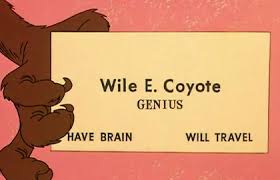 Sebastian Gorka out of White House after controversies over neo-Nazi connections and phony Ph.D.

Controversial White House adviser Sebastian Gorka is stepping down from his role in the Trump administration to take an unspecified position in “the war of ideas,” said TheHill.com on Sunday.

The announcement comes after Gorka’s Ph.D. was revealed to be fraudulently awarded and his connections to a Hungarian neo-Nazi group were exposed by the Jewish Daily Forward.

The Washington Examiner said, “Gorka’s new role will deal with the ‘war of ideas’ involved in countering radical Islamic extremism, a senior administration official said, and will entail an appointment to a federal agency.”

Rumors swirled this week that Gorka was on his way out, that White House personnel were attempting to find him a new position, but that the situation was proving to be “a pain in the ass.”

The Hungarian-English self-styled “expert” in Islamic terrorism came to the Trump administration by way of Breitbart.com, where he and his wife were both editors writing about the threat purportedly posed to western society by radical Muslims.

However, University of North Carolina professor Andrew Reynolds found upon doing a bit of research on Gorka’s credentials that Gorka fudged his way through a correspondence course at a Hungarian university that “did not rank among the top 1,000 in the Times Higher Education World University Rankings.”

Gorka’s Ph.D., said Reynolds, “is about as legitimate as if he had been awarded it by Trump University.”

Even more troubling are Gorka’s links to far-right Hungarian extremists and anti-Semites. At President Donald Trump’s inauguration, Gorka wore the medal awarded to his father by “a knightly order of merit founded in 1920 by Admiral Miklos Horthy, Hungary’s longtime anti-Semitic ruler and Hitler’s ally during World War II,” said the Jewish Daily Forward.