Hate to say this…But if the local Rethugs have passed a “Stand Your Ground” Law in Cleveland…Now might be a good time to use it.

Seems to me the Cleveland Police are failing…Again.

Mybe it is time for some o fthe Drug Thugs who are so good at killing each other…Do a Public Service. 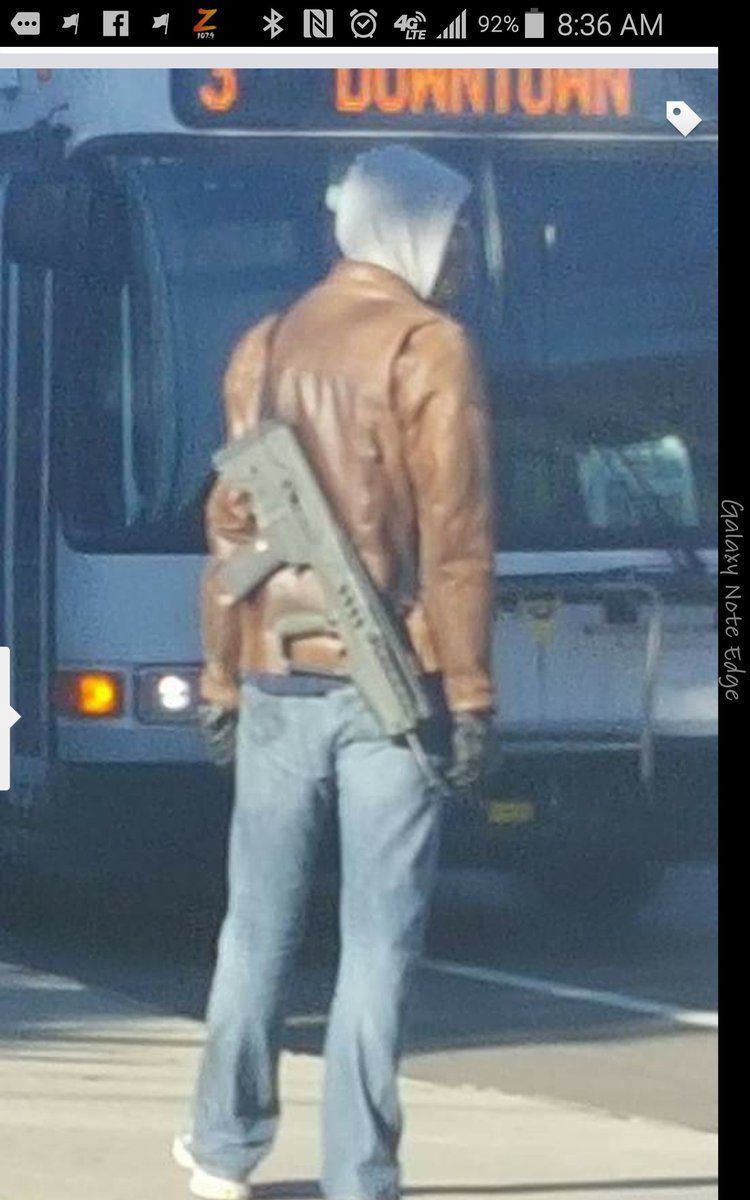 A 25-year-old white man got into an altercation with the black owner of a barbershop on Thursday who objected to him stalking predominantly black neighborhoods carrying a rifle slung across his back, reports Cleveland.com.

Saying he has a right under Ohio’s open carry laws to parade about town carrying his gun, Daniel Kovacevic, 25, has been stopped by police multiple times — including near the University of Akron —  but police say the state’s gun laws have tied their hands despite citizen complaints.

Kovacevic’s actions have roiled  the black community in a state where Tamir Rice and John Crawford were recently shot by police while holding toy weapons.

On Thursday, police were called to break up a confrontation between Kovacevic and local barbershop owner Deone Slater who did not want the man with his rifle hanging out in front of his shop.

“He was a threat to my community,” Slater said. “If I can prevent him from shooting up the city, I would. I won’t condone it. Somebody’s got to stand up.”

Slater said he was yelling profanities at Kovacevic when police arrived, and that Kovacevic said little during the confrontation other than to ask him if he was a Christian.

“I told him to take his guns off. I told him let me have five or 10 minutes with him without his weapons,” Slater said before adding that the police seemed more concerned with him than the man carrying the gun, and that he believes race plays a part in it.

“They (police) were more concerned about me than him, as if I were the threat,” Slater explained. “If it were me with a gun, they would have shut the whole block down.”

Police have been monitoring Kovacevic for days after receiving calls from security at University of Akron that he was seen near the school carrying his rifle.

Social media has been up in arms over Kovacevic after his picture was posted to Twitter (see below) when he was seen near one of Akron’s predominately black high schools.

According to police there is nothing they can do, saying they can ask the open carrier who they are, what they are doing and why they are there — however gun carriers are not required by law to respond.

“You have to be careful because you get into search and seizure issues,” Akron police spokesperson Rick Edwards explained. “You can’t detain them. Ohio isn’t the only state to allow open carry. If you don’t like it, you can talk to your legislators.”

Posted by btx3 on December 4, 2015 in BlackLivesMatter, Domestic terrorism