Omarosa Soon to Walk the Plank

Turns out Lawn Jockette Supreme Omarosa is dumber than even I thought.

Omarosa Manigault made her name as one of reality TV’s most notorious and hated personalities: the breakout star on season one of Donald Trump’s NBC series The Apprentice.

Thirteen-years later, she is in the White House, not on a makeshift television set. But she’s still trying to win Trump’s favor and she still has the same villainous image she earned on NBC.

According to four sources in and outside the West Wing, the longtime Trump confidant is isolated inside 1600 Pennsylvania Avenue as she quietly plots against her fellow senior officials. Colleagues regularly complain about Manigault’s behavior and work ethic. She frequently derails internal meetings with irrelevant or counterproductive interjections and she’s earned a reputation for attempting to micromanage White House communications operations.

White House chief of staff John Kelly has tried to curtail Manigault’s direct access to the president, as The Daily Beast reported earlier this month. But her continued proximity to Trump—he speaks with her over the phone, even in the middle of the night—underscores just how thorny her tenure has been for those tasked with managing the administration.

“She doesn’t have any friends in high places—except the one place [where] it matters,” said one Republican official close to the White House and familiar with internal operations, referring to the president. Outside of Trump, she is widely “despised” among West Wing staff, the official added.

Trump genuinely trusts few people outside of his own immediate family. Those close to the president say Manigault is one of them. Though sources say she doesn’t do much day to day, Manigault earns $179,700 annually, the top rate for White House staffers.

Manigault and the White House press office did not respond to multiple requests for comment. Officials spoke on the condition of anonymity because they were not cleared to vent about internal affairs.

Posted by btx3 on September 12, 2017 in Black Conservatives 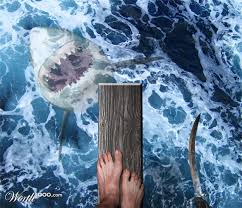