Hmmmmmmm….At Last! North Carolina has been arbitrarily cancelling voter registrations. You can guess in one of whose registrations are being cancelled.

Thousands of voter registrations have been canceled with barely a week to go to Election Day.

The North Carolina NAACP has filed a federal lawsuit to stop county election boards in the state from canceling voter registrations ― in what the group argues is an effort by the state Republican Party to suppress the black vote.

Thousands of voter registrations have already been canceled by election boards in Beaufort, Moore and Cumberland counties because a mailing to the voters’ addresses was returned as undeliverable.

“The Tar Heel state is ground zero in the intentional surgical efforts by Republicans — or extremists who have hijacked the Republican Party — to suppress the vote of voters,” said Rev. William Barber, the North Carolina NAACP president, on Monday. “The NAACP is defending the rights of all North Carolinians to participate in this election.”

The NAACP is also seeking to have the canceled registrations restored.

Many of the voters still live at the addresses listed on their voter registrations or have moved to other residences within the same county, meaning they can still vote in that county, according to the NAACP lawsuit. The complaint argues that canceling those registrations was a violation of the National Voting Registration Act.

“Voter fraud is not the issue. But voter suppression is real, it’s planned, it’s intentional, and it’s ongoing against the African-American community,” Barber said Monday.

African-Americans have been disproportionately affected by the cancellations. Black voters account for 91 of the 138 canceled registrations (or over 65 percent) in Beaufort County, according to the North Carolina NAACP, even though black people are only 25.9 percent of that county’s population.

Posted by btx3 on October 31, 2016 in The Definition of Racism, The New Jim Crow

Taco Trucks on Every Corner…Registering Voters

One of the reasons I believe the polls showing the Chumph being within a few points of Hillary (or tied) are wrong is the fact they are mostly based on what are called “likely voters”. Just as in 2008 and 2012, those polls massively miss the number of new voters. The likely voters model favors older whites and utterly misses minority voters because their voting record tends to be spotty.

This year, over 4 million Hispanic voters have newly registered. One of the driving reasons behind that is the Chumps racism against Hispanics. So…Most of the polls have a 4 million voter under-count – roughly 90% of which is going to vote for Hillary.

I love what these folks in Texas are doing. Turn Texas BLUE!

‘Register to vote, get a taco’: Houston taco trucks put voter registration booths ‘on every corner’

Taco trucks of Houston, Texas have joined together to become voter registration booths.

Earlier this month, Latinos for Trump founder Marco Gutierrez warned that there would be “taco trucks on every corner” if Donald Trump lost the 2016 presidential election.

That prompted designer Thomas Hull to team up with Latino activist group Mi Familia Vota to turn the taco trucks of Texas into voter registration booths, according toHouston Public Media.

Hull explained to KBMT that he found Gutierrez’s comments humorous “because here in Houston we do have taco trucks on every corner and love them.”

“Listening to the debate last night, people are starting to clue in to the fact that however you vote, your vote will effect you and your personal life,” Hull added.

Last Presidential election only about 48% of the eligible Hispanic voters in this country turned out to vote. Something between 71-73% voted for President Obama.

Due in no small part to the anti-immigrant vitriol and racism of Trump and other Republican candidates – this group, “Latino VIctory Project”, aims to rectify that situation. Hopefully other Hispanic groups in the country (Latino and Hispanic mean different things, although all Latinos are also Hispanic – the reverse is not true).

“Teaed” Off at Tea Buggery

Guess I’m not the only one who has grown tired of the MSM’s breathless fawning over the Tea Baggers – actually going so far as to classify it as a “movement”. You’d think the Sno’ Ho’s new fence was as worthy of note as say – the looming possibility of another Military confrontation in Korea, or the rapidly deteriorating situation in the Middle East with Israel’s massive mishandling of their interception of the Aid ships bound for Gaza. 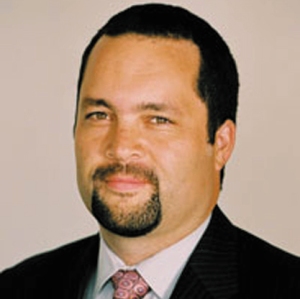 When I was a kid in this country we celebrated our best and brightest.

Conservatism in this country has reduced the body politic to the venal, banal, hypocritical, and stupid.

In the 60’s, the anti-Vietnam war and liberal movements germinated from the Civil Rights Movement. Historically, black folks in this country have been front and center in the causation of a lot of our history – both good and bad…

Maybe Mr. Jealous can do it again, and help inspire some folks to step away from the precipice.

The tea party movement sweeping the U.S. political landscape has benefited from voter mobilization techniques pioneered by the NAACP, and the nation’s oldest civil rights organization needs to rely on that outreach to fight back in the midterm elections, two NAACP leaders said Saturday.

“I think they took a page out of our own play book, and we have to beat them at their own game. We ought to know how to meet them on the front line,” board chairman Roslyn Brock said in a town hall meeting at the NAACP’s annual youth leadership summit.

Brock and Benjamin Todd Jealous, the organization’s president and CEO, urged their members not to become complacent about their achievements or dissuaded by media attention on small, but loud, gatherings of conservative protesters.

“What they’re angry about is we won,” Jealous said. END_OF_DOCUMENT_TOKEN_TO_BE_REPLACED

The ACORN Tapes and Faux News

A (supposedly) undercover group has gone into a number of ACORN offices posing as people who are seeking advice. Most commonly posing as pimp and his prostitute.

In several ACORN offices out of the unkown  number the poseurs visited, the video appears to have ACORN counselors assisting the two in illegal activities, including advising them on tax evasion.

This of course has been replayed ad nauseum all over Faux News, as ACORN has made the conservative enemy #1 list for registering black folks to vote in the last election. The firestorm has been considerable… END_OF_DOCUMENT_TOKEN_TO_BE_REPLACED