Ain’t nobody happy with the Chumph right now but racists, fools, syncopates, and his dozen or so porch Negroes.

The latest Quinnipiac poll, released yesterday, includes all kinds of bad news for Donald Trump. His overall approval rating, for example, has fallen to just 37%, his lowest to date, and a depth of support with no modern precedent for a president just two months into his first term.

But just as interesting as the topline results are some of the specific details. From the pollster’s report:

President Trump is losing support among key elements of his base: 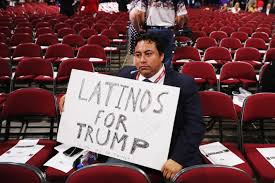 To be sure, when a president enjoys 81% approval from voters in his own party, that may sound pretty good. It’s not. Note that Trump’s support from the GOP has fallen 10 points since the last Quinnipiac poll.

When a beleaguered president’s overall approval rating is just 37%, he’s even more dependent on die-hard loyalists. When that same president is shedding support from his own base, it’s evidence of a leader with a problem.

Making matters just a little worse, the American electorate doesn’t just disapprove of how Trump is governing, voters also disapprove of the president’s personal qualities. Among the discouraging results for the White House:

It’s against this backdrop that Trump is effectively telling Republican members of Congress, “Follow my lead and take health care benefits away from 24 million Americans. It’ll all work out great.” Good luck with that, GOP lawmakers.