The Chumph Tried to Get Intelligence Heads to Roadblock Comey Investigation

Yet another attempt at cover up of the Russia-Trump election collusion. This time by trying to order the heads of intelligence agencies to clam up. 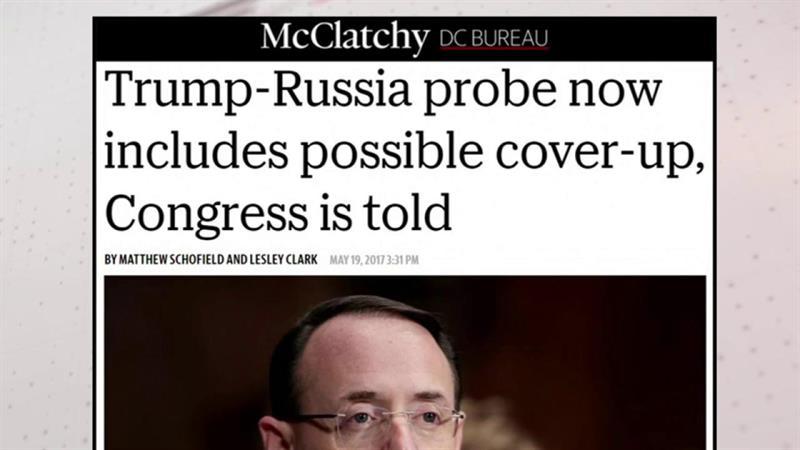 President Trump asked two of the nation’s top intelligence officials in March to help him push back against an FBI investigation into possible coordination between his campaign and the Russian government, according to current and former officials.

Trump made separate appeals to the director of national intelligence, Daniel Coats, and to Adm. Michael S. Rogers, the director of the National Security Agency, urging them to publicly deny the existence of any evidence of collusion during the 2016 election.

Coats and Rogers refused to comply with the requests, which they both deemed to be inappropriate, according to two current and two former officials, who spoke on the condition of anonymity to discuss private communications with the president.

Trump sought the assistance of Coats and Rogers after FBI Director James B. Comey told the House Intelligence Committee on March 20 that the FBI was investigating “the nature of any links between individuals associated with the Trump campaign and the Russian government and whether there was any coordination between the campaign and Russia’s efforts.”

Trump’s conversation with Rogers was documented contemporaneously in an internal memo written by a senior NSA official, according to the officials. It is unclear if a similar memo was prepared by the Office of the Director of National Intelligence to document Trump’s conversation with Coats. Officials said such memos could be made available to both the special counsel now overseeing the Russia investigation and congressional investigators, who might explore whether Trump sought to impede the FBI’s work.

White House officials say Comey’s testimony about the scope of the FBI investigation upset Trump, who has dismissed the FBI and congressional investigations as a “witch hunt.” The president has repeatedly said there was no collusion.

Current and former senior intelligence officials viewed Trump’s requests as an attempt by the president to tarnish the credibility of the agency leading the Russia investigation.

A senior intelligence official said Trump’s goal was to “muddy the waters” about the scope of the FBI probe at a time when Democrats were ramping up their calls for the Justice Department to appoint a special counsel, a step announced last week.

Senior intelligence officials also saw the March requests as a threat to the independence of U.S. spy agencies, which are supposed to remain insulated from partisan issues.

The NSA and Brian Hale, a spokesman for Coats, declined to comment, citing the ongoing investigation.