I can think of some real reasons to be pissed off at American Airlines, such as the micro seat sizes and less than stellar flight lounges…

I don’t think so. Those employees that provide piss poor service on American do so without regard to nationality, race, or religion. Take that from a guy who has flown millions of miles through the years.

Certainly not to say I have not experienced outstanding service and personnel on American. I have met and experienced some really first class treatment by some of the employees of American, as well as the occasional “Bad Egg”. Pretty much the same for all the major carriers, with Delta standing out in my personal experience as being the only major with consistently bad crews.Which is strange because years ago Delta used to be fantastic.

I never fly US Carriers overseas, because foreign carriers tend to have better seats, better food, and better flight crews…Which makes a hell of a difference if you are stuck in that steel tube of 10 or 12 hours or more. Some of the Asian Carriers are out of this world like Singapore.

Did not fly American for years because they hubbed in what I consider to be the worst designed airport in America – DFW. That changed when I worked in Haiti after the earthquake as there were only two US Airports doing flights to Haiti through Miami and 3 carriers. Probably flew about 60-70 flights, counting hops on American. While flying International through Miami (another really crappy airport design) is to be avoided if at all possible – it was the only choice. To my experience American service was consistent, and on at least one memorable occasion exceptional, when flights out of Miami were cancelled due to a fuel tank explosion and everyone was stranded. Bless the American Airlines person who found us a hotel room at 3AM, when hotel rooms were “as scarce as Hen’s teeth”. 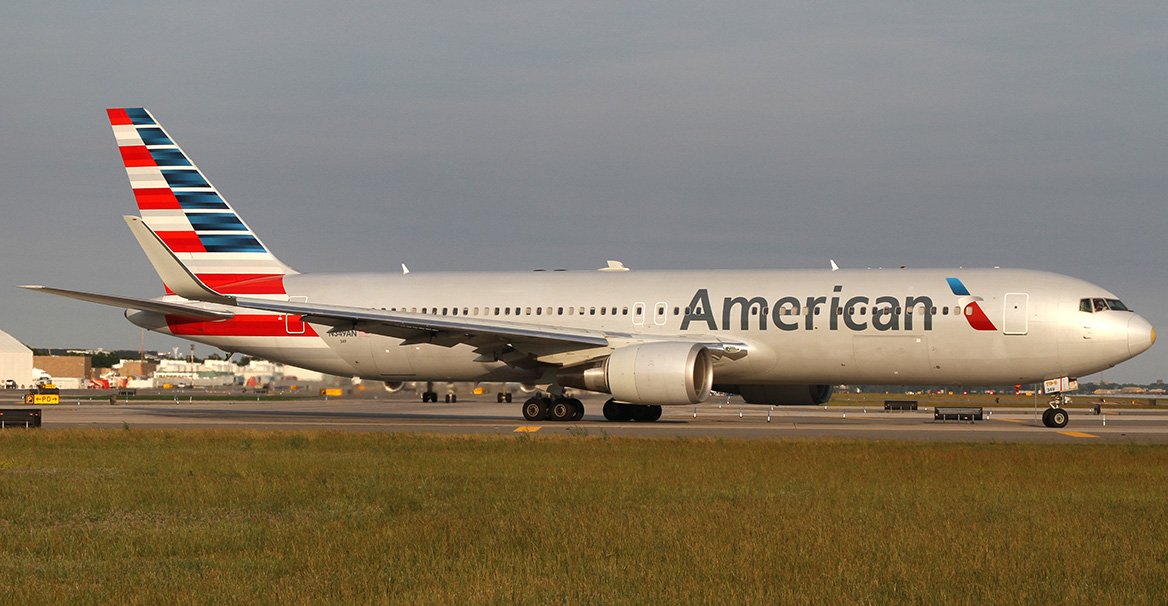 The civil rights organization issued what it calls a National Travel Advisory for American Airlines after monitoring a pattern of what it calls “disturbing incidents” reported by African-American passengers on the airline.

The NAACP says it’s alerting black travelers to exercise caution because, “booking and boarding flights could cause them disrespectful, discriminatory or unsafe conditions.”

The organization cited four specific incidents in its warning, including one incident involving a woman who was allegedly removed from a flight to Miami because she complained about her seat.

“We are disappointed to hear about this travel advisory as our team members – a diverse community of gate agents, pilots, and flight attendants – are proud to serve customers of all backgrounds.  Every day American is committed to providing a positive, safe travel experience for everyone who flies with us.

“We will invite representatives of the NAACP to meet with our team at our headquarters in Fort Worth, Texas.  We are committed to having a meaningful dialogue about our airline and are ready to both listen and engage.”

American Airlines Group is the largest U.S. commercial airline and one of the world’s biggest based on revenue passenger miles and available seat miles.

Posted by btx3 on October 25, 2017 in BlackLivesMatter, The Definition of Racism

Welcome to the new Chumph confederacy…

NAACP Warns Minorities, Women Heading To Missouri: ‘They May Not Be Safe’

The organization wants people to know their civil rights may be violated in the Show Me State.

NAACP delegates have approved a travel advisory warning marginalized groups that “they may not be safe” if they go to Missouri because their civil rights are likely to be violated.

The delegates voted Wednesday to nationally adopt the advisory, which was put in place statewide in June, according to the Springfield News-Leader. The advisory ― directed at people of color, women, people who identify as LGBTQ and those with disabilities ― cites recent legislation signed by Gov. Eric Greitens (R) that makes it even more difficult to sue for housing or employment discrimination.

NAACP Springfield chapter President Cheryl Clay and other chapter members emphasized that this is not a boycott, but a warning and a response to the legislation.

“Our ongoing issues of racial profiling, discrimination, harassment and excess violence towards people of color have been further exacerbated by the passage and signing of [Senate Bill] 43,” Clay said in a statement to the News-Leader.

“Not all the communities have the desire or the will to do the right thing for people in their community,” Clay added. “Thus, this is why Missouri has earned the travel advisory for the whole state.” In addition to the bill, the advisory condemns the state for a number of issues dating back to the Missouri Compromise of 1819. Those include “racial and ethnic disparities in education, health, economic empowerment and criminal justice,” a “long history” of racial violence and harassment, and recent data that shows black drivers were 75 percent more likely to be pulled over by cops than white drivers in 2016.

It also cites the racism that led to protests against University of Missouri in 2015 and a lawmaker’s comments on the House floor claiming that there’s a “distinction between homosexuality and just being a human being.”

After the delegates approved the travel advisory, Chapel told the AP that he hopes the move will boost awareness. He said that the advisory will be up for ratification by the national board in October. 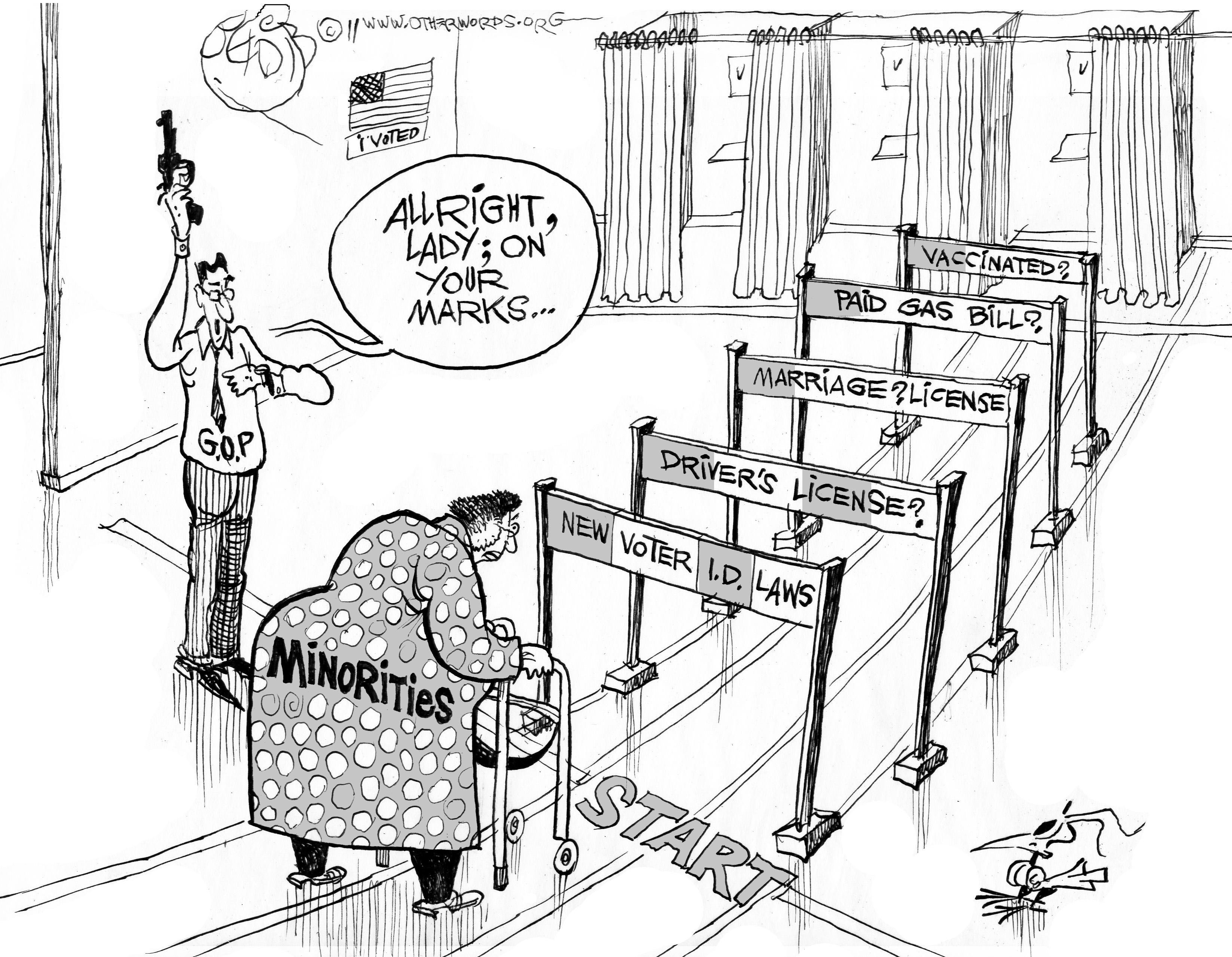 Spain gets a whitewash job just in time for First Lady Michelle Obama’s vacation with the girls. Racism in Spain has been a boiling issue for several years now, with Spanish sports fans verbally attacking black athletes, and apparently the local “Po Po” harassing black visitors and tourists. Somehow I don’t think the local “Po Po” will be bothering Michelle for “Visiting While Black”.

Our First Lady Arrives in Spain - Looking Fabulous as Usual

Good news for Michelle Obama and any other African-Americans planning trips to Spain: “Racist prejudices” are—suddenly—no longer a problem, according to the US State Department. A warning on the department’s website that African-Americans who visit the country may need to fear getting arrested by prejudiced police was hastily pulled this week after it was noticed by the Spanish press, ABC News reports.

The note—put up after the arrest of two US government employees in Barcelona—was 15 months old and apparently out of date. “Somebody forgot to remove it,” explained a spokesman at the US embassy in Madrid. “We are in no way suggesting Spanish police are racist. This is an isolated incident.” Michelle and her younger daughter, Sasha, are staying at a 5-star resort on Spain’s Costa del Sol. Daughter Malia is at summer camp.