Wow…They have charged this moron with attempted murder.

An Airbnb host in Amsterdam faced charges of attempts to murder after he pushed his South African guest down the stairs, which was captured by one of the victim’s friends, reports said Monday.

The victim, filmmaker Sibalhe Nkumbi, was in the city to review a friend’s art exhibition when the incident took place on Saturday.

The altercation took place while Nkumbi was checking out of her Airbnb lodging past her check-out time. This infuriated her woman host who asked them to leave immediately. Nkumbi said she and her friend apologized to the woman, who appeared to be angry about the inconvenience and left them alone to finish packing.

However, the woman returned with her husband, who Nkumbi said was extremely angry.

She said: “We knew that we were late and we heard a bell ring. We opened the door to this lady. She stated that this is not acceptable; you guys need to pack and leave now. And I was like, ‘Yes, give us a few minutes to pack,’ and I apologized profusely for us being late and we were getting ready to leave.”

“And that’s when she came back a few minutes later with the husband and he was banging the door,” Nkumbi added.

A video of the alleged assault was recorded and posted by Nkumbi’s friend Zanele Muholi on her Instagram account. Nkumbi also posted a video on YouTube explaining the entire incident.

Posted by btx3 on July 12, 2017 in International Terrorism, The Definition of Racism

In California, the COulter PIne is known to produce extremely large Pine Cones, which can weigh on the order of 8+ lbs. Needless to say, much like tropical areas where the logical avoid standing under Coconut trees – most smart folks stay away from standing (or sleeping) under a Coulter. Some years ago I acquired one of these as a fall decoration. They truly are massive. 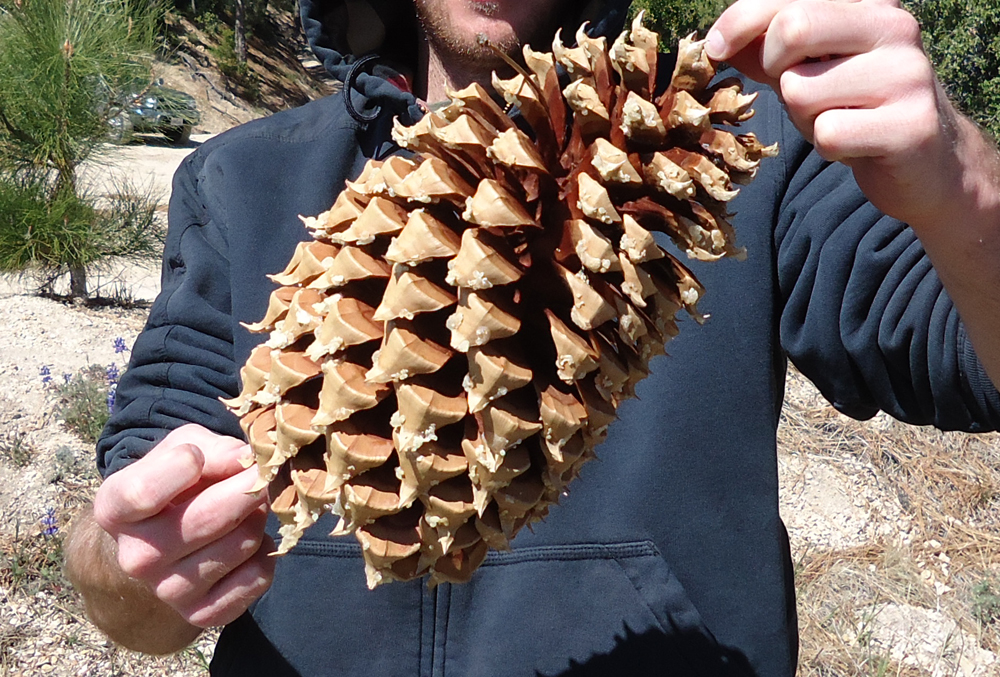 Like most Pine Trees, the cones only fall at a certain time of the year, and typically when laying down looking up at a football sized Pine Cone swawing in the wind, the logical would consider relocation…

Or a Hard Hat.

Man Sues After 16 lb Pine Cone Falls on His Head

His attorney claims that the man deserves $5 million for the brain damage suffered from the seed pod.

A Navy veteran is suing after a giant pine cone allegedly fell on his head, causing brain damage in San Francisco.

Now, Mace is suing the US government, the National Park Service, the Department of the Interior and San Francisco Maritime National Historic Park for $5 million in damages.

His attorney says that Mace has an irreversible brain injury, for which he has undergone two surgeries and will require a third.

The grove with the tree in question has been fenced off and officials have added signs warning “Danger: Giant seed pod falling from tree.”

The Sno’ Ho’ states the obvious. The one place you can be assured of never seeing the Sno’ Ho’ or most of her cohorts is in any group trying to figure out how you solve those problems.

As to Franklin Graham, I think he just set the work his group is doing back.

Funny how the folks actually doing some good and busting their chops in Haiti, never seem to make the news. Sean Penn is an example.
Vodpod videos no longer available.

Posted by btx3 on December 13, 2010 in Stupid Tea Bagger Tricks, The Post-Racial Life