Add to the growing list of white-wing talking heads getting shidtcanned.

Seems that Trevor Noah’s “girlfriend” suffers from a cold behind…

It also seems to have gotten her…Unemployed.

Perhaps she should try longer skirts? 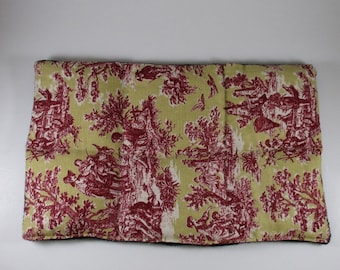 Tomi Lahren’s former colleagues at The Blaze turn on her: Glenn Beck fired her because she was difficult to work with

While the immediate cause of Tomi Lahren’s termination from The Blaze was apparently her decision to tell “The View” that she believes the government shouldn’t tell women what to do with their bodies, a new report suggests that there was actually deeper drama behind the scenes that explains Lahren’s departure — and a lot of it has to do with accusations about her personality.

During her stint at The Blaze, Lahren is accused of being confrontational toward her colleagues and demeaning toward her staffers, according to several sources with direct knowledge of the situation who spoke to the Daily Caller on condition of anonymity. This includes reports that Lahren became jealous of the attention received by BlazeTV host Dana Loesch and refused to enter the makeup room when Loesch was present. She is also reported to have gotten into a heated argument with an African-American host named Lawrence Jones after he confronted her about comparing Black Lives Matter to the KKK.

Perhaps most disturbing are the claims that Lahren was abusive to her staff. Sources say that she would frequently yell and curse at people less powerful than her, in particular singling out one of her two makeup artists for humiliation in front of her co-workers and guests. Among the “diva” behavior described by the sources who spoke to The Caller was insisting that staffers microwave her “butt warming pad” before every show, a demand that a source referred to as “dehumanizing.”

Sources say that she would frequently yell and curse at people less powerful than her, in particular singling out one of her two makeup artists for humiliation in front of her co-workers and guests. Among the “diva” behavior described by the sources who spoke to The Caller was insisting that staffers microwave her “butt warming pad” before every show, a demand that a source referred to as “dehumanizing.”

The countersuit filed by The Blaze against Lahren claims that her “treatment of the floor crew was inappropriate and unprofessional.” The suit claimed Lahren “constantly complain[ed] about everything including but not limited to lighting, room temperature, editing, shooting, directing, etc. Lahren was divisive and created conflicts with other media personalities at TheBlaze.”

It is worth noting that Amy Holmes, who used to work as a political commentator for The Blaze, took to Twitter earlier this month to contest the notion that Lahren’s firing had anything to do with her pro-choice views.

One of the thing promoted by white supremacists which has become a core part of the Republican belief set is Reverse Racism. That somehow white folks are the ones being discriminated against.  Like everything else these folks believe  – it is a lie. In this case a racist lie as there is no statistical information whatsoever supporting this.

In this Bill Maher segment, conservative racist bimbo Tomi Lahren gets her ass handed to her…By a fellow conservative as well as Michael Dyson.

‘F*cking crazy’: Rick Wilson slams Tomi Lahren for claim whites are discriminated as much as blacks

Lahren claimed that it wouldn’t matter to her if Donald Trump was black, had three wives and grabbed women like Trump claimed he did. Michael Eric Dyson said that in the hypothetical scenario with “black Trump,” it wouldn’t matter because he would be in jail.

“Since I’m a conservative and not a Trump person, let me say this,” Wilson began. “That’s absurd. That’s f*cking crazy”

“Why do they have to cling to the worst jobs ever?” Maher asked her. Lahren said that it was all they know, but Maher asked why they couldn’t retrain coal miners and give them jobs that won’t kill them.

She argued that Trump knows them because they voted for him en masse. But Kander said Trump doesn’t actually “know” them.

“There’s a kind of hazy nostalgia with Trump’s plan, ‘We’re going to have ironworks and shipyards and coal miners,’” Rick Wilson said. “These are things — we might as well get our buggy-whip industry back together again. It’s this retrospective, fake past that doesn’t exist anymore. And, God bless them, they work their asses off, and you know what, natural gas took their jobs, not Barack Obama.”

Posted by btx3 on February 4, 2017 in Chumph Butt Kicking, Stupid Republican Tricks, The Definition of Racism, The New Jim Crow

A couple of things here…

Second, somehow that Noah is a “sell out” for meeting with her after his interview.  NO – that’s Business.

Posted by btx3 on December 8, 2016 in BlackLivesMatter, Chumph Butt Kicking, Giant Negros, The Definition of Racism, The Post-Racial Life

Or why Trumpazoids don’t do well around intelligent black folks…