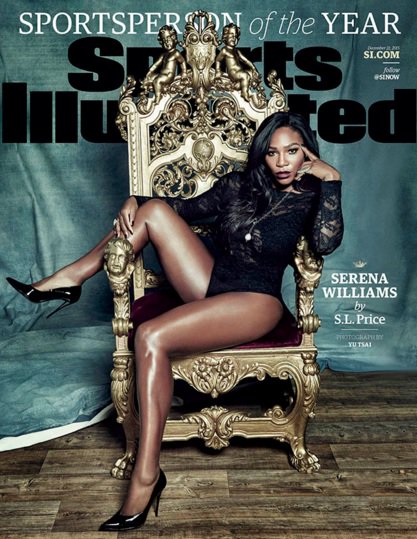 Tennis Star James Blake, slammed to the ground outside a Grand Hyatt while texting on his phone…

Yeah…It’s only about the murder of Michael Brown.

Former tennis great James Blake was slammed to the ground, handcuffed and detained by five plainclothes city cops Wednesday outside his midtown hotel before heading out to the U.S. Open, Blake told the Daily News.

The officers, who were all white, mistook Blake for a suspect in an identity theft ring operating around the midtown hotel.

The incident occurred around noon in front of the Grand Hyatt on East 42 St., as Blake, a 35-year-old African-American who attended Harvard before going on tour, was waiting for a car to take him to Flushing Meadows, where he was making corporate appearances for Time-Warner Cable.

“It was definitely scary and definitely crazy,” said Blake, who was once ranked No. 4 in the world and was among the most popular U.S. players of his generation. He suffered a cut to his left elbow and bruises to his left leg.

“You’d think they could say, ‘Hey, we want to talk to you. We are looking into something. I was just standing there. I wasn’t running. It’s not even close (to be okay). It’s blatantly unnecessary. You would think at some point they would get the memo that this isn’t okay, but it seems that there’s no stopping it.”

Blake said he had just answered a few questions from a writer for a tennis magazine and was texting when he looked up and saw someone in shorts and a T-shirt charging at him, splitting the doorman outside the Hyatt, an official hotel for the U.S. Tennis Association.

“Maybe I’m naïve, but I just assumed it was someone I went to high school with or something who was running at me to give me a big hug, so I smiled at the guy,” Blake said. Blake said the officer, who he said was not wearing a badge, picked him up and threw him down on the sidewalk, yelled at him to roll over on his face and said, “Don’t say a word.”

Blake said he responded, “I’m going to do whatever you say. I’m going to cooperate. But do you mind if I ask what this is all about?”

An officer said, “We’ll tell you. You are in safe hands.”

Blake said several other officers rushed up to join the first officer, eventually five cops in all surrounding him. He said he was told he had been identified by two people as someone who had been involved in an identity-theft ring operating in the area for the last week.

Blake arrived in the city early Wednesday morning, taking the redeye form his home in San Diego, where he lives with his wife and young children. He told the cops to look at his license, in his left front pocket, and his Open credential, in his back pocket.

After being handcuffed for about 15 minutes, Blake said the last of the five officers realized they had the wrong person and apologized. The first officer who tackled and cuffed him never said anything.

Known for his charitable and community-centered work throughout his career, Blake just last week announced he was running the New York City Marathon to raise money for cancer research.

Posted by btx3 on September 9, 2015 in BlackLivesMatter, Domestic terrorism

Does Wembledon Have a Secret “R”? What’s the deal here? The Queen of England deigns to visit Wembledon for the first time in 33 years…

And replace her with a nobody?

It “ain’t” the Queen making this call.

(or the Queen of England visits Wembledon, only to be presented with a backbencher.)

WIMBLEDON, England — This is an insult. Serena Williams was even practicing her curtsy in preparation for playing tennis in front of the Queen, who will attend Wimbledon Thursday for the first time in 33 years.

It’s a special moment for a special tournament, but the most special women’s player going Thursday, Williams, was pushed out to Court 2. The Queen will be watching at Centre Court.

This is just wrong. And I can’t stand it when players grumble about the indignity of being put out on far away courts, as if they deserve more. But this time, with the Queen coming in, court placement matters. And Serena Williams deserves the honor.

To move the best player in the world and defending champion who, with her sister Venus, has dominated Wimbledon for a decade, is not an accident. It is a message, but I don’t know, and am even a little afraid of, what that message is. END_OF_DOCUMENT_TOKEN_TO_BE_REPLACED