In the event I have never enunciated this clearly –

No Charity which holds events at a Chumph fleabag Hotel ror Resort will ever receive a dime from me in contribution, or any in kind support or positive reference.

No corporation which sponsors events at Chumph Resorts or Hotels will ever see me as a customer.

No Sports or Entertainment corporation which either uses, advertises, or sponsors any event at a Chumph Resort or Hotel will ever receive any of my business.

I think folks are getting the message out there from a lot of folks who feel the same way.

Pro sports teams were once reliable patrons of Trump’s hotels. Not anymore.

Until recently, the Trump SoHo hotel served as a kind of luxe clubhouse for NBA teams visiting New York.

At least 12 teams — more than a third of the league — had stayed there since it opened in 2010. The players loved it so much they became walking ads for the Trump brand: Superstar Russell Westbrook of the Oklahoma City Thunder praised the hotel in the press. Toronto Raptors all-star Kyle Lowry gave interviews on the lobby’s couch. Then-Thunder forward Steve Novak tweetedabout the $20 room-service lattes.

All but one of the 12 teams said they have stopped patronizing the Trump SoHo since Donald Trump launched his presidential bid in 2015, according to team officials. Among the latest to depart were the Raptors, Phoenix Suns, Houston Rockets, Sacramento Kings and Washington Wizards, who all dropped Trump SoHo this summer and made different arrangements for the upcoming season.

Another NBA team quit staying at Trump’s hotel in downtown Chicago. And at least three National Hockey League teams and one Major League Baseball club have stopped frequenting Trump hotels in the same time, according to interviews with team officials.

Before Trump turned professional athletes into his political targets in recent weeks — jousting on Twitter with the Golden State Warriors’ Stephen Curry and blasting football players for kneeling during the national anthem — he had been privately losing their teams’ business. The trend has sapped his hotels of revenue and big-league buzz, a survey of teams by The Washington Post found.

In all, The Post found that 17 teams from across the four major sports had stayed at Trump properties in recent years. Now, at least 16 are no longer customers.

“The president has seemingly made a point of dividing us as best he can,” Warriors coach Steve Kerr told The Post in an interview this week, explaining the shift. His team quit using Trump SoHo in 2016. “He continually offends people, and so people don’t want to stay at his hotel. It’s pretty simple.”

The Post reached out to all 123 teams in the four major U.S. sports leagues to find out how many men’s teams are still Trump customers. A total of 105 responded. Not a single team confirmed its players stay at Trump properties.

Some of the teams that have left Trump hotels cited reasons outside politics. One, for instance, said it was difficult to get team buses in and out of Lower Manhattan.

The loss of pro sports clients at Trump’s hotels is part of a larger trend at his businesses, which appear to be pulled in opposite directions by his polarizing presidency… 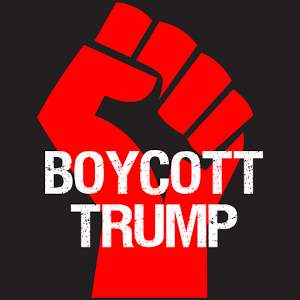 Ugandan Kids Get Serious About Baseball

Looks like the American Pastime Sport may not die out after all. Africa may provide an entirely new market wich revitalizes the sport.

KAMPALA, Uganda – Unlike in most of Africa, soccer is not the top sport at the Rev. John Foundation School in Uganda’s capital. Instead, a fairly foreign American game is No. 1 and catching on quickly.

“Baseball is our main game here,” head teacher Emmanuel Bazannye said of his school. “Even the girls love it. The girls want to participate after seeing the boys doing it. We say that what the boys can do, even the girls can do.”

Baseball is not widely played in Africa, but Uganda looks poised to be the launching pad for the game’s entry into this soccer-dominated continent.

Last year a team of young Ugandan ballers made international news in heartbreaking fashion. They qualified for the Little League World Series in South Williamsport, Pa., but were denied travel visas by the U.S. State Department because of a lack of documentation.

“We cried for two good days,” said George Mukhobe, the coach who would have led the team to America. “It meant a lot for those kids.”

Augustus Owinyi was the team’s first baseman. Although now too old for Little League, he still shows up during practices, pleasing coaches who see it as a sign of his commitment.

Owinyi wants to be like Philadelphia Phillies shortstop Jimmy Rollins. The 13-year-old Owinyi met Rollins when the American visited Uganda in January and that memory makes him dream of playing Major League Baseball someday. His hopes for a career in baseball made the State Department’s visa denial especially painful.

“I felt very sad,” he said. “They gave us back our passports and said we were not to go. Some of us cried. I love this game. I see my future in this game.”

Ugandan sports followers say the school’s success in international competition has contributed to baseball’s popularity among schools that once were skeptical about the American game.

The school is preparing for a national baseball competition, where the winner will travel to Poland in July. It’s the first international opportunity for Ugandan youngsters following the failure to go to the Little League World Series.

The visa refusal spawned a wave of sympathy, but also inspired a fundraising drive that raised enough money to bring to Uganda a team from Canada that the Ugandans would have faced if they had competed in South Williamsport.

In January, the Ugandans beat the Canadians 2-1. Coach Mukhobe said that the win was more proof that Uganda had baseball talent.

Baseball still lags behind soccer across Uganda. But it’s catching on among schools attracted to its relative novelty and the government now backs the game’s introduction in schools.

About 60 schools encourage baseball, Mukhobe said, and this year a national baseball league was launched after it was endorsed by sports authorities. The baseball season started in mid-March.