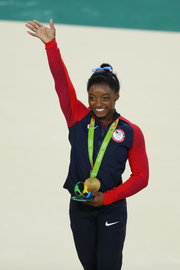 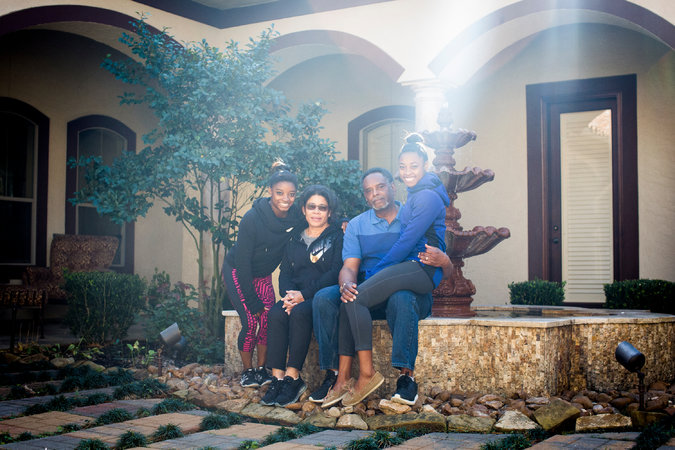 Teach Your Babies to Swim!

Growing up, I had a particularly hard time learning to swim. Nearly drowned when I was about 7 – so I decided to learn. One of the problems was that during segregation, there were very few pools which allowed black folks. The closest one to us was about 25 miles away in Alexandria, Va., which meant that I only got to work on swimming about twice a year.

When they started integrating facilities n the early 60’s, I decided to take some swim classes – convincing my parents that since a common summer activity for us was fishing  on the York River and Chesapeake Bay, learning to swim was a safety issue.

Didn’t really work for a long time, until I sort of mastered the “Dog Paddle”.

The following summer I spent with cousins on the Ocean. My “half fish” friends and cousins were jumping off a pier into a channel leading from the Yacht Harbor to the sea. So… in typical teenage desire to be one of the group …

Because of body fat, babies can’t sink – and can be taught very quickly to swim.

I jumped in to the 20′ deep channel. First time I had ever tried to swim in salt water. I floated right to the top, and found it easy to keep my head above water due to the increased buoyancy in salt water. The problem was the current was running with the tide out to sea – which rapidly was whipping past the ladder on the side of the pier which everyone was using to get back out. Sink or swim time…

I learned to swim, and would become a good swimmer.

Caught the boat bug – probably from my parents who owned a small runabout. I migrated to larger and larger boats. It is common on the Potomac to anchor your boat at a beach on one side or the other in fairly shallow water (depending on how deep in the water your hull went) and dingy or walk to the shore. One popular spot was called “Sharks Tooth Bay” because along the shore you could find fossils and hundreds of fossilized shark’s teeth. On this particular day, I set the anchor and joined friends. The anchor broke loose – resulting in he boat beginning to drift across the river. Jumping in to swim to the boat, I didn’t realize it was the wind which was pushing it faster than I could swim. The long and short of it is I wound up swimming nearly 3 miles – all the way across the river – to catch the boat in fresh water.

Another night, on a friend’s boat – the Captain went for a leak on the transom and fell off the boat unbeknownst to the rest of us in the cabin. Since we were a couple of miles offshore -he left the boat in gear at low speed when he decided to take his “break”. When we discovered our missing Captain we had no idea how long he had been gone – so we reversed the course heading and started to search. Fortunately the guy had been a LRP, which was one of the precursors to the SEALS, and knew what to do. He made water wings out of his white pants, which kept him afloat – as well as made it easier for us to spot him with the boat’s powerful spotlight.

I don’t know any long term boat owners who haven’t fallen off their boats at one time or another. One of the hazards of even well designed decks is dew or rain making them slippery. Through the years I have pulled more than one non-swimmer out of the water – and a few swimmers who got caught in the currents. Because of that, I wear  an inflatable life jacket which blows up when you fall in when out on the water fishing or beaching. They are expensive (although the prices are falling) – so not a lot of boaters carry them.

Teach your kids to swim. I started mine as babies in a baby swim class. And for those worried about the effect of water on their hair…

It’s a lot better than drowning.

Wanda Butts dropped the phone and screamed when she heard the news that her son was dead.

Josh had drowned while rafting on a lake with friends. The 16-year-old didn’t know how to swim, and he wasn’t wearing a life jacket.

“I couldn’t believe it, I didn’t want to believe it: that just like that, my son had drowned and he was gone,” she said, recalling the 2006 tragedy.

Butts had worried about her son’s safety when it came to street violence or driving, and she said she had always warned him of those dangers. But water accidents never crossed her mind. END_OF_DOCUMENT_TOKEN_TO_BE_REPLACED

OK – I know I’m probably feeding a screed by one or more black conservatives that the reason black kids can’t swim is, pick one – the NAACP, elected black officials, black democrats, shiftless black women, shiftless black men – or some combination of ALL the previous, but…

Why can’t Tyrone and Lakaneishia swim?

I mean it’s been a long time (in most of the country) since all the white kids got out of the pool when a black kid jumped in, afraid the brown was going to come off…

Remember many years ago attending a business luncheon, where a white businessman from Boston quite seriously proposed that the reason for the lack of black swim athletes was denser bone mass in black people, which meant black folks don’t float… And no – the guy wasn’t trying to be vicious or a racist ass, he was just repeating a bit of urban myth he had picked up and adopted as truth for lack of any better understanding of the reasons. That ignorance thing Shirley Sherrod was talking about which may affect us all based on circumstance.

How Many Americans Can’t Swim?

…The Memphis study broke the data down demographically. White children were the most likely to self-report (or have their parents report) strong swimming skills, with 58 percent of those between the ages of 4 and 18 claiming the ability to traverse more than a pool length. Hawaiians and Pacific Islanders came in a close second at 55 percent. Forty-two percent of Hispanic and Latino children are strong swimmers. Asian-American and Native American children came in at 34 percent and 32 percent, respectively. African-Americans reported the fewest strong swimmers at 31 percent. Accident rates largely conform to these data. Black children between 5 and 14 years old are more than three times as likely to drown as their white peers. The six children who died in Louisiana were African-American.

A child’s ability to swim is also strongly correlated with his parents’ income. Sixty-seven percent of poor swimmers have a household income less than $49,999. Only 29 percent of skilled swimmers fall below that income level. In the second phase of the University of Memphis study, researchers looked more closely at income and found that 12 percent of children who participate in a reduced-cost school lunch program—an easier piece of data for a child to report than household income—said they don’t even feel comfortable in the shallow end of a pool, compared with just 6 percent of wealthier children.

More white kids can swim than Pacific Islanders? Somebody is overestimating their skills…

Speaking of Black Folks and Swimming…

African American Olympic medalist Cullen Jones broke the American record in a 50-meter freestyle swim-off at the U.S. national championships Saturday night, earning a chance to swim the event at the world championships.

He edged Garrett Weber-Gale in the one-on-one race for the second spot in the event at worlds later this month. Weber-Gale was clocked in 21.70.

“Swimming needs to do more of it. There’s so much fun, so many people like to watch it,” Jones said. “I don’t know how many times since Thursday people came up to me like, ‘I can’t wait for Saturday. I can’t wait to see that race.’ It’s cool to see that much enthusiasm about swimming.’”

Jones’ time was faster than what Nathan Adrian swam in winning the 50 Thursday night, when Jones and Weber-Gale tied for second. Adrian won in 21.52.