Yeah, I know… Times are tough all over. Never ceases to amaze me the dichotomy of “Home for Sale” signs, foreclosures, and boarded up houses and the folks walking out of the Mall with armloads of “bargains”. 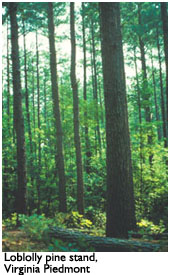 Anyway, one of my Uncles on my Mother’s side was a lumber man. He owned his own portable mill, bought the land, planted the trees, and employed over a dozen men to cut, trim, load, and finish cut the timber before shipment. Some of his timber went to a pulp mill, to make paper.  Some went to make framing lumber, and some special runs went to a guy nearby who hand built wood luxury yachts cut as keel and rib strakes. I would go and visit with my Uncle, who lived in the southeastern part of Virginia several times a year, and as a small child have fond memories of the smell of fresh cut wood which seemed to follow him home from work.

So this story really sparked my interest, and the pictures aren’t much different than if they had been taken of my Uncle and his family.

Waiting for Work In the Silent Woods

CAMDEN, Ala. — Clarence “Sunnyman” Primm figures there are more than 70 people connected with the lumber industry in these parts who know how to reach him on his two-way radio. He loves the crackling sound of the thing. Because when a call comes in, when the buzzing pierces his blue shirt, when that scratchy human voice reaches out to him, it’s often a work order. And then Sunnyman circles his beefy arm in the air — as though he were twirling an invisible rodeo rope — and says, “Let’s go.” And he and his men are off, rolling through the thick woods of southwestern Alabama.
Sunnyman has known these woods since childhood, and he wants to keep clearing them.

“But the dang thing ain’t been ringing,” he says of his two-way, standing in the forest with his assembled crew of five men at the beginning of a workweek. END_OF_DOCUMENT_TOKEN_TO_BE_REPLACED