Turns out the official (ex) Lawn Jockette of the Chumph Whites Only House was secretly recording classified conversations.

Makes her not only a target for Mueller… But for criminal prosecution under a variety of laws.

Her next “Reality Show”, may well be from Leavenworth. Suggest the title – “From the White House to the Big House”… Frog Marched out of the Whites Only House and frog marched into Federal Prison!

Omarosa’s nex attire may be the ever fashionable Orange Jumpsuit.

Omarosa secretly taped confidential White House conversations — and now could be a source for Mueller: report

Former reality TV star Omarosa Manigault Newman, who was fired late last yearfrom her job as a Trump aide, reportedly recorded conversations about sensitive issues during her tenure in the White House.

According to the publication’s sources, Omarosa has been lawyering up because she expects to soon become a witness in Mueller’s investigation into Russian interference in the 2016 presidential election.

“Everyone knows Omarosa loves to record people and meetings using the voice notes app on her iPhone,” one source explained. “Don’t be surprised if she has secret audio files on everyone in that White House, past and present staffers included.”

The source also claimed that the White House’s recent decision to ban staffers from using their personal smartphones in the White House was because of Omarosa’s habit of recording conversations at all times.

Omarosa has been regularly dropping hints that she could drop bombshells on the Trump administration in the wake of her firing, as she said she had problems with the way the White House handled race-related controversies such as white supremacist riots in Charlottesville, Virginia. 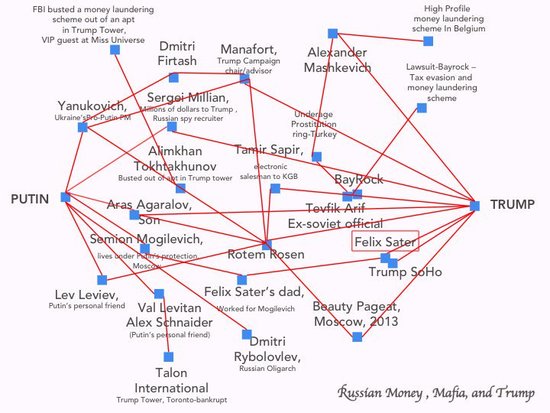 A couple of NFL teams are down to giving the local High School players a job as quarterback due to injuries.

And no team has a place for the only active guy who actually took his team to the Superbowl?

Posted by btx3 on November 4, 2017 in Great American Rip-Off, The Definition of Racism, The New Jim Crow

Seems the sexual assault cases against the Chumph didn’t quite go away.

The Molester in Chef is going to get some time in court.

Though the story largely faded after last fall’s election, Donald Trump was recorded in 2005 bragging about committing sexual assaults. The Republican said, among other things, that he kisses women he considers attractive – “I don’t even wait,” Trump claimed at the time – which he said he can get away with because of his public profile.

“When you’re a star, they let you do it,” Trump said on the recording. “You can do anything. Grab ‘em by the p—y.”

After Trump denied having done what he bragged about doing, 11 women came forward to accuse the Republican of sexual misconduct – one of whom, Summer Zervos, is currently suing the president for defamation, after Trump insisted each of his accusers is a liar.

BuzzFeed reported yesterday the latest development in this ongoing litigation.

A high-stakes legal showdown is brewing for President Donald Trump, as a woman who said he groped her has subpoenaed all documents from his campaign pertaining to “any woman alleging that Donald J. Trump touched her inappropriately.” […]

Summer Zervos, a former contestant on the Trump’s reality TV show The Apprentice, accused Trump of kissing and grabbing her when she went to his bungalow at the Beverly Hills Hotel in 2007 to discuss a possible job at the Trump Organization…. As part of that suit, her lawyers served a subpoena on his campaign, asking that it preserve all documents it had about her.

Note, while the lawsuit isn’t new, we weren’t aware of the detail highlighted by BuzzFeed. The subpoena was entered into the court file on Sept. 19, nearly four weeks ago.

The article added that Zervos and her lawyer have asked for “all documents” related to the president’s other accusers.

The president’s private legal team has tried to make the case go away – Trump has denied doing anything wrong – arguing among other things that the case could “distract a President from his public duties to the detriment of not only the President and his office but also the Nation.”

Though the cases have some important differences, Bill Clinton’s lawyers tried a similar tack in the Paula Jones case in the 1990s, and it didn’t work out for the sitting president.

NBC News’ report on this added that Gloria Allred, Summer Zervos’ attorney, said Trump and his lawyers “must reply to their filed opposition of his motion to dismiss by Oct 31. The court will schedule a hearing for argument once he files his reply, which means there is no hearing date yet.”

Postscript: Shortly before the election, Trump vowed to file suits of his own against the women who accused him of sexual misconduct. To date, that hasn’t happened.

Lat year Andrew Brietbart posted a doctored video of Shirley Sherrod resulting in her losing her job, and a huge scandal when it was exposed the video was selectively edited…

Mrs. Sherrod’s Process Server was on hand to meet Mr. Brietbart at CPAC.

Blogger Andrew Breitbart has been sued by former U.S. Agriculture Department official Shirley Sherrod who contends her reputation was damaged by Breitbart’s posting last year of an edited video.

The New York Timesreports today Breitbart was served with the lawsuit at CPAC Saturday. Sherrod contends in the suit that a video clip he posted last year “has damaged her reputation and prevented her from continuing her work.”

Breitbart, who first posted the clip on July 19, 2010, at his BigGovernment.com site, had been under scrutiny after it was revealed the clip misrepresented Sherrod’s message during a speech in March 2010 before a group of NAACP members.

Fox then posted an online article reporting on the clip, linking to Breitbart’s video. Breitbart did not seek comment from Sherrod prior to his report; Fox News also gave no indication that they had done so. She was forced to resign later that day.

Breitbart has recently claimed that Sherrod was not fired because of his video but because of her part in the 11-year-old Pigford case, in which black farmers sued for discrimination against the Agriculture Department.

He stated such a claim again on Thursday in an interview with Media Matters, in which he admitted he had no proof of the assertion, revealing it was a theory.

Breitbart responded to Sherrod’s lawsuit Saturday with an online statement that said, in part:

I find it extremely telling that this lawsuit was brought almost seven months after the alleged incidents that caused a national media frenzy occurred. It is no coincidence that this lawsuit was filed one day after I held a press conference revealing audio proof of orchestrated and systemic Pigford fraud. I can promise you this: neither I, nor my journalistic websites, will or can be silenced by the institutional Left, which is obviously funding this lawsuit. I welcome the judicial discovery process, including finding out which groups are doing so.

Sherrod could not immediately be reached for comment Sunday.

Here’s hoping she also goes after Faux News for aiding and abetting in the crime.