What is with these folks and spiders? There are only a couple of types in the USA which can hurt you, basically the Black/Brown Widow, or the Recluse…Which are fairly rare. They may be ugly – but for the most part they leave people alone.

So in mind of the woman who jumped out of a moving car with her child in it last wee, because of a spider…

We have this moron, who certainly killed the Spider in question…Along with his car and part of a gas station. 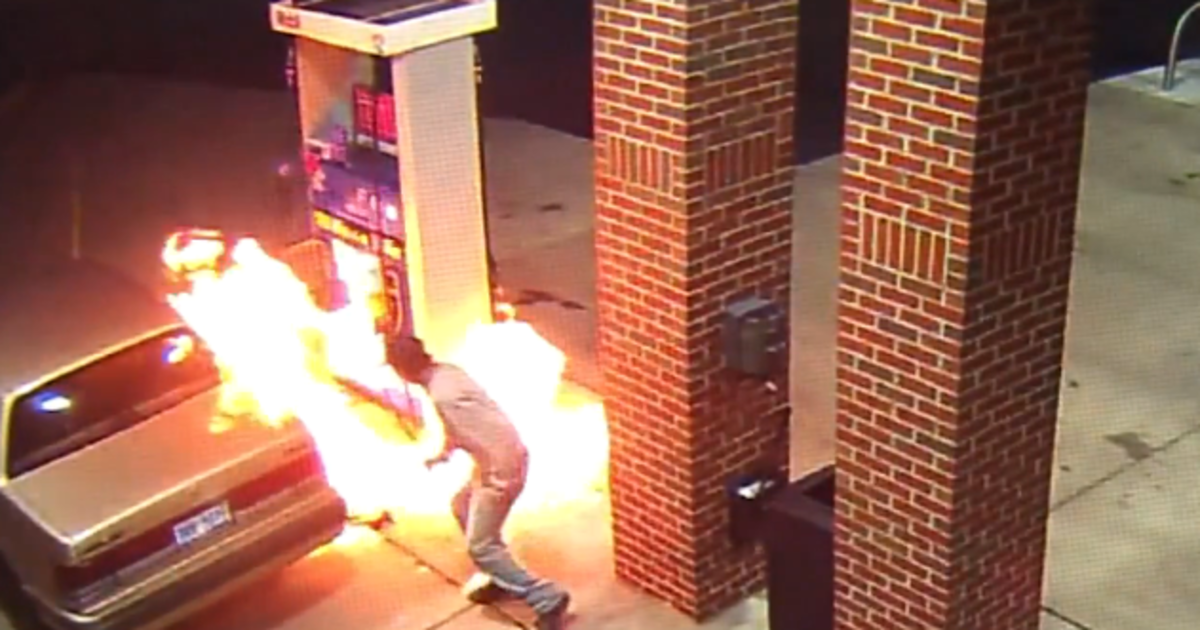 When a Michigan driver stopped at a gas station earlier this week, he spotted a spider on his gas tank. In a quick attempt to get rid of the spider, the man burned it with his cigarette lighter which caused his entire car to catch on fire.

Surveillance video from the Mobil gas station in Center Line shows first the gas pump, then the car becoming engulfed by flames as soon as the man strikes the lighter. Fortunately, nobody was hurt in the incident.

The driver put out the flames with a fire extinguisher. In an attempt to explain his actions, he told authorities that he’s deathly afraid of spiders and therefore pulled his lighter out somewhat thoughtlessly in his moment of panic. Employee Susan Adams told Fox 2:

“He didn’t have a cigarette. He didn’t have anything on him. All of a sudden I look out and I see flames.”
Next time this man attempts to get rid of a spider, we suggest a simple shoe drop.

Along Came a Spider…

Jumped out of a moving car with her son in it?

It all began innocently enough: An Indiana woman, with her 9-year-old son in tow, put her car in reverse and began backing out of her driveway.

But then terror struck. Specifically, terror in the form of an eight-legged creature, resting upon the driver’s shoulder.

Yes, a spider. And it scared Angela Kipp so much that the 35-year-old jumped out of her moving car on Friday, according to the  Kosciusko County Sheriff’s Department.

Somehow, Kipp’s 9-year-old son still had his wits about him, despite his mother having just jumped out of a moving car. The boy sprang into action, climbing from the back seat into the driver’s seat, authorities said. But as he tried to hit the brake pedal, he instead pressed down on the throttle. The car rammed right into a passing school bus.

Thankfully, there were no kids on the bus, and the bus driver escaped without injuries. The impact caused the boy to fall out of the open door and onto the pavement, leaving him with minor injuries, said Sgt. Chad Hill, a spokesman for the Kosciusko County Sheriff’s Department.

Hill, who has been on the force for more than 25 years, called it “the most unusual situation to occur in my career.”

“This sequence of events has just got to be astronomical,” he added.

No charges are expected at this time against Kipp (or the spider), and the investigation is continuing. Through the years there have been several cars called spiders (Spyders) – but this has to be a first. Mazda is recalling 2009/10 626’s because of a spider infestation in the fuel lines!

A Mazda spokesman said dealers had found 20 cases where webs of yellow sac spiders were found in a vent line.

The company said this could increase pressure in the fuel tank, leading to possible cracks and a risk of fire.

Dealers will check the cars for cracks, clean out any webs and install a spring in the line to keep out the spiders.

Mazda spokesman Jeremy Barnes said it was not clear why the yellow sac spider liked to build nests in the Mazda6.

“Perhaps yellow sac spiders like to go zoom-zoom?” he joked, referring to Mazda’s advertising slogan for the car.

The company said it did not know of any accidents or fires caused by the spider webs.