Even the CBC is abandoning Conyers

Posted by btx3 on November 22, 2017 in BlackLivesMatter, Stupid Democrat Tricks

Got this one from over at Subrealism, which is a great somewhat right of center site run by a friend.

Anonymous is now threatening to expose Cruz’ visits to the ladies of the night. Not sure anyone in the Republican Party other than his wife and kids cares…But it is a thought.

Now…Who did Trump hire to do the video work?

First they came for the Weiners…

BOEHNER Affair to be focus of NYTimes Expose

House Minority Leader John Boehner was asked by a liberal blogger Thursday to answer questions about an affair with a lobbyist, an allegation that will reportedly be the focus of an upcoming New York Times expose. Boehner ignored the question outright. Mike Stark, an activist and blogger, intercepted Leader Boehner after his highly publicized “Pledge to America” unveiling to ask him about the accusation: “Speaker Boehner, have you been cheating with Lisbeth Lyons, the lobbyist for the American Printing Association?” Stark asks. Boehner did not respond.

Now that the press has whacked Wiener – On to the next victim!

I bet the Republicans don’t get all weak in the knees and call for his resignation!

Think I will co-file this one under “Domestic Terrorism”.

Congressman Chris Lee - Proving you can be dumber than a 5th Grader and get elected in this country... If you are a Republican

First 2 Democrats have decided to not run again – California Congresswoman Jane Harmon has stepped down to lead the Woodrow Wilson International Center, and Virginia US  Senator Jim Webb has announced his intention not to seek re-election (setting up a probable match between Republican ex-senator George “Macacca” Allen and former Governor Tim Kaine). All this on the heels of the announcement by Senator Kent Conrad of North Dakota that he would not run again in 2012.

Of course there was the Senator Kay Baily Hutchison’s announcement that she would retire in 2012, which appears to be setting off a combination of the Second Alamo and the Civil War in Texas among Republicans. Then there is the first of the Republican newly elected Congressmen to step down, Congressman Chris Lee of New York, who is stepping down because of sending women bare chested pics of himself on Craigs List…

Of course, Independent Connecticut Senator Joe Lieberman had already announced his intention to retire in 2012.

Did you not get the memo where they shut down the Bob Livingston Congressional Brothel?

Second – Did ex-Congressman Lee just set the World record for shortest tenure? I mean… didn’t he just take the oath about 3 weeks ago?

UPDATE 2 – To cheers around the world and especially Haiti, where more than 5,000 died as a result of his perfidity, Arizona Senator Jon Kyl has announced his intention to retire.

Posted by btx3 on February 10, 2011 in Stupid Republican Tricks

This is another one of those accusations which is difficult to tell if there is any validity. Certainly, some of the press isn’t above staging or manufacturing a story. Certainly, we have seen a number of bimbos seeking fame and fortune…

And there seems to be no shortage of men in high positions behaving badly or even criminally.

A Portland massage therapist gave local police a detailed statement last year alleging that former Vice President Al Gore groped her, kissed her and made unwanted sexual advances during a late-night massage session in October 2006 in a suite at the upscale Hotel Lucia.

The woman told investigators that she informed two friends and kept the clothes she wore that night, including her black pants with stains on them. But Portland police didn’t contact any of the woman’s friends, obtain the potential evidence or interview anyone at the hotel, records show.

“The case was not investigated any further because detectives concluded there was insufficient evidence to support the allegations,” the Portland Police Bureau said in a prepared statement Wednesday, responding to inquiries from all over the world after the National Enquirer broke the story on its website.

In her detailed Jan. 8, 2009, statement to a Portland sexual assault investigator, the woman said she was called to the hotel about 10:30 p.m. Oct. 24, 2006, to provide a massage for Gore, who was registered under the name “Mr. Stone.” Once inside his ninth-floor suite, she said he pushed her hand to his groin, fondled her buttocks and breasts, tongue-kissed her and threw her down on the bed as she tried to thwart his advances. END_OF_DOCUMENT_TOKEN_TO_BE_REPLACED

Here we go again: A South Carolina lobbyist resigned from a rival political campaign yesterday and then became the second man to claim he had a tryst with Nikki Haley. Lobbyist Larry Marchant says he and Haley, who’s running for governor, had a “one night indiscretion” in a Salt Lake City hotel room in June 2008, but admitted he had no proof to back up his allegation. “You can’t have any evidence on a one night affair,” he says. “It never happened,” Haley responds, attributing the charges as a response to her surging popularity. “A couple weeks ago we started going double digits up in the polls and now we have had everything thrown at us.” Marchant said he felt he had to go public after old rumors about a liaison were rekindled by blogger Will Folks’ claims, and he started getting calls from a reporter. Part of the reason he came forward, he added, was Haley’s categorical denial last week of being unfaithful to her husband.

Posted by btx3 on June 3, 2010 in Stupid Republican Tricks

ANOTHER SC Republican and Nekked Hiking!

Must be something in the water down there in South Carolina – the ostensible Republican Governor to be seems to have caught a case of “Nekkid Hiking”, much like the outgoing Governor Mark Sanford!

A political blogger claimed today that he had an affair several years ago with a married Republican vying to become the state’s first female governor. Rep. Nikki Haley vehemently denied the allegation, made in a post on Will Folks’ blog that contained no proof. Haley called the claim a “disgraceful smear” planted to derail her campaign, which has gained steam from high-powered endorsements, including Sarah Palin and Jenny Sanford.

“I have been 100% faithful to my husband throughout our 13 years of marriage. This claim against me is categorically and totally false,” Haley, a 38-year-old mother of two, said in a statement. “It is quite simply South Carolina politics at its worst.” Folks is a political consultant who now runs FITSNews.com, a conservative site that features occasionally insightful commentary, thinly sourced stories of state political intrigue, and photos of women in bikinis.

Psssst! They’re Trying to Tell You Something! Sen Ensign only raises $50 Last Quarter

Methinks the citizenry is revolting. In a Washington world of big bucks, and big donors – it’s nice to see some people know when to close their wallets…

Sen. John Ensign’s (R-Nev) re-election campaign took in just $50 in contributions, from one contributor, during the first quarter of 2010, according to FEC reports. The paltry take comes as more bad news for the scandal-tarred Nevada Republican, who would run for re-election in 2012.

Disclosure reports examined by TPMmuckraker show that Robert Donald, a Las Vegas retiree, was the sole contributor to the “Ensign for Senate” committee between January and March. Donald gave two separate $25 contributions.

Posted by btx3 on April 21, 2010 in Stupid Republican Tricks

Wait a minute – This is in Republican Utah! Shades of Senator Ensign, indeed.

Posted by btx3 on March 14, 2010 in Stupid Republican Tricks

Governor David Paterson is reputed to have a “Tiger Woods Problem” … Or possibly enemies willing to circulate a vicious rumor campaign. At least according to blog reports the NY Times will publish “at any minute” the salubrious details including drug use and the tried and true American Political pastime of Bimbo Boffing!

Posted by btx3 on February 10, 2010 in Stupid Democrat Tricks

He then goes on to talk about having sex with a second lobbyist, END_OF_DOCUMENT_TOKEN_TO_BE_REPLACED

Fresh from a dalliance with the Argentine Firecracker, it would seem Governor Mark Sanford was on safer ground appointing a “devout” evangelical conservative to the State Board of Education to make sure the kiddies receive a proper, morally upstanding education…

Which we would assume would include 7 or 8 of the 10 Commandments the Governor hasn’t been found to have broken… Yet.

Never mind the fact that the “devout” evangelical in question doesn’t have any children who actually attend the School System, because they have chosen to “home school” them. I mean, isn’t that sort of like a race car driver who never passed the driving test to get a license to drive on the highway?

Eternal right-wing paradoxes and hypocrisy aside, it appears that the new “devout” evangelical, home schooling conservative appointee as Chair of the South Carolina Education Board, and long term member of Gov Sanford’s staff, was using at least one of the three “r’s”…

Kristin Maguire, an Upstate evangelical and one of South Carolina’s most respected social conservatives, has been one of the governor’s closest education policy advisors for years.  She’s also Sanford’s appointment to the S.C. Board of Education, which last year elected her its Chairwoman.

What else is she?

Posted by btx3 on September 1, 2009 in Stupid Republican Tricks

You gotta ask the question…

Is there something black Playas can learn from Republican Playas?

I mean – they (Republican Playas) get caught…

But they (so far) aren’t getting shot.

Steve McNair had cut off his girlfriend who was stuck with making payments on the big Cadillac Escalade, which apparently was supposed to be a “gift”. 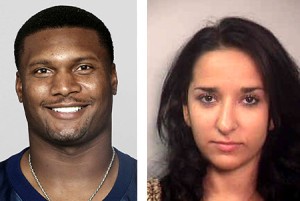 McNair Cut Off the Escalade Payments... He's not...

Damn – pretty nice retirement package for being a ho’.

Brothers, I mean it may be hard out there…

But it may be cheaper to pay her…

Didn’t they just send Kwame Kilpatrick (and his Honey) ex-Mayor of Detroit to jail for the same thing? Why exactly is Sanford getting special consideration? END_OF_DOCUMENT_TOKEN_TO_BE_REPLACED

Blame it on the Boogie… Indeed – END_OF_DOCUMENT_TOKEN_TO_BE_REPLACED