How did the Chumph fail the country?

President Donald Trump’s first six months have been defined by his often angry and tasteless tweets, his ham-handed efforts to denigrate and undercut the multiple investigations into Russian influence in the 2016 election and the stalemated legislative battle to repeal and replace Obamacare.

But Trump is right in saying he has significantly influenced government and the nation’s image — though much of his impact has been negative. His most significant clear-cut triumph was installing conservative Supreme Court Justice Neil Gorsuch. He can take credit for slowing the inflow of illegal immigrants. And his impact has gone well beyond that, a conclusion on which two recent articles from opposite ends of the ideological spectrum agreed.

“While You Obsessed over Trump’s Scandals, He’s Fundamentally Changed the Country,” headlined Sam Stein in the liberal HuffPost. “Reporters only want to talk about Russia, instead of what Team trump is getting done,” was part of the headline over conservative Kimberly Strassel’s column in The Wall Street Journal.

With contrary attitudes, they cited some identical examples, from authorizing the Dakota Access Pipeline to easing environmental restrictions on energy protection.

Here are some other Trump “achievements:”

-Spurred more divisiveness in an already divided Middle East by setting off a squabble between Saudi Arabia, a major U.S. ally, and Qatar, home of the region’s biggest U.S.  military base.

-Undermined U.S. global leadership on climate change by withdrawing from the Paris agreement, joining only Syria and Nicaragua as nonparticipants.

-Reversed decades of Republican support for free trade, ceding leadership in Asia to China by withdrawing from the Trans-Pacific Partnership and elsewhere by encouraging the British exit from the European Community.

-Proposed a budget with massive cuts that would shred the social safety net and cripple longstanding governmental functions.

-Mismanaged the federal government by failing to fill many top spots and installing an inexperienced, dysfunctional White House staff.

-Expanded the policy of deporting dangerous illegal aliens by including many people with minimal records, stable jobs and American families.

-Created a commission to investigate his unproven allegations of voter fraud because he lost the popular vote to Hillary Clinton.

-Hired foxes to watch the chicken coops by filling his administration with archconservatives, many with records opposing the very agencies in which they work, and curbing civil rights and environmental enforcement. 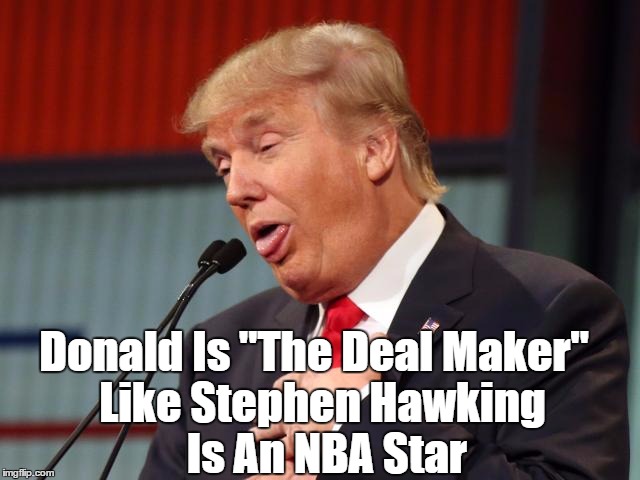 -Committed potentially impeachable offenses of obstructing justice that prompted appointment of a Special Counsel by firing FBI Director James Comey, because of his probe into possible Trump campaign collusion with Russia, and urging other intelligence officials to pressure Comey to halt the probe.

-Undermined the courts with denunciations of judges and their decisions affecting his administration’s policies, especially those curbing his hastily issued ban on Muslim travel from certain countries.

-Repeatedly misrepresented his administration’s policies and trashed officials with whom he has disagreements, calling the  ousted Comey “a nut job,” Senate Democratic Leader Chuck Schumer the “head clown” and House Democratic Leader Nancy Pelosi an “incompetent.”

-Intensified racial and other divisions by reducing governmental civil rights guarantees and reversing protections for sexual and racial minorities.

-Violated his own self-proclaimed ethics laws by allowing officials to deal with issues affecting their former employers. Permitted multiple instances in which he and other family members benefit financially from his presidency.

-Waged a vendetta against news outlets subjecting his administration to scrutiny, calling the mainstream media the “enemy of the American people” and denouncing unfavorable stories as “fake news.” Undercut White House press institutions intended to facilitate dialogue between the presidency and the public.

Trump has failed so far to enact promised measures to increase economic growth, resulting in reduced long-term forecasts. Many economic numbers he touts exaggerate his impact and denigrate the carryover effect of positive Obama policies. Military progress against ISIS has not eased its terrorist threat.

The result: the least support for any new modern president, an exacerbation of domestic divisions, and unprecedented global disdain and embarrassment.

How often does the Chumph lie?

Every time he opens his mouth or sends a Tweet…

I think we all understand that nobody cares about Donald Trump’s relentless lying. We’ve certainly been hit over the head with it enough times. Still, the sheer volume is pretty staggering. Here’s the Washington Post’s roundup of Trump’s first hundred days:

Five lies per day! And not just any lies. Trump’s lies are so much more brazen than that. He’s the first president to have hacked the modern media so thoroughly. He realizes he can literally say anything he wants and it doesn’t matter if the Washington Post or anybody else calls him out later. The only thing that matters is that he said it and it got on TV.

Karl Rove glimpsed this new reality back in the aughts, but was too conventional a politician to take it to its logical conclusion. Trump is the modern-day Galileo who finally put it all together.

Burger King is coming out with a 12 Patty burger in honor of the Whoppers told by Carly this election cycle. I mean, here is a woman who held one of the top CEO jobs in America at one point, but is totally dissociated with a single element of truth, or fact. Other than as a Carnival Barker, I’m not sure what job she is qualified for in corporate America anymore. And her meteoric rise? Was it all lies? Somehow the crackpot mail lady scammed her way into the corner office?

I mean unlike most of the other fact free Republicans running to be their Presidential candidate, did Cary not get the memo that their underlings at Faux News were supposed to tell the lies, and the candidates should stick to demonstrable untruths?

A complete and total failure of character.

Carly Fiorina is a liar: And everyone should finally just say it — loudly

Carly Fiorina is unique among all the candidates in the Republican presidential field for her visceral, aggressive hatred for anything resembling truth. Other candidates lie, of course, but they at least go to the trouble of dressing up their lies with weasel words and other forms of qualifying language that allow them to squirm their way out of fact checks. Fiorina doesn’t care about any of that. She makes firm, declarative statements that are unquestionably inaccurate, and when confronted with inarguable facts that prove her wrong, she insists against all evidence that she is correct and bristles at the very notion that anyone might challenger her. She does not care. She does not pretend to care. As far as Fiorina’s concerned, the fact that she said it is what makes it true.

Up until this week, the prime example of this phenomenon was the Planned Parenthood video she claimed to have seen showing “a fully formed fetus on the table, its heart beating, its legs kicking while someone says, ‘We have to keep it alive to harvest its brain.’” That video doesn’t exist, and when confronted with the truth, she insisted her lie was true and lashed out at her critics with wholly un-righteous umbrage. “I’ve seen the footage. And I find it amazing, actually, that all these supposed fact-checkers in the mainstream media claim this doesn’t exist.”

That already egregious example of gross fibbery has, implausibly, been supplanted by an even larger whopper. At this week’s Republican debate, Fiorina listed off a number of retired generals – “Petraeus, McChrystal, Mattis, Keane, Flynn” – whom she would “bring back” into service. “Every one was retired early because they told President Obama things that he didn’t want to hear,” she said. Citing David Petraeus made absolutely no sense – he retired because Obama nominated him as CIA director, and then he resigned because of a security breach related to the extramarital affair he was having. But invoking Gen. Jack Keane was the real howler of the bunch, given that he retired in 2003, a full five years before Obama was elected president. Keane confirmed to Fox News that he’s never even spoken to President Obama, and that Fiorina’s assessment was “not accurate.”

The easily checked historical record says Fiorina was wrong. The person she name-dropped said without qualification that she was wrong. It doesn’t get any clearer cut than that.

And yet, Fiorina insists she was correct:

Talking with reporters Wednesday after a town hall [in Nevada], Fiorina was asked if she misspoke about Keane given the timing of his retirement.

“No, I didn’t misspeak,” she said. “But he has been someone of great experience who has been highly critical of the way this administration has not taken threats seriously and unfortunately he hasn’t been listened to. I would listen to him.”

The irony here is that Fiorina is at this very moment not listening to Gen. Keane, because he’s trying to tell her she’s wrong and Fiorina is having none of it.

I’m fascinated by this pathological commitment to dishonesty, and also by the treatment it receives from the press. Reporters tend to be gun-shy when it comes to labeling untrue statements from politicians as “false” or “lies” because it’s assumed to be a form of improper editorialization. But in an instance like this, there is no way to plausibly interpret what Fiorina is doing as anything other than lying. And yet, the press still dances around the unquestionable dishonesty on display here.

CNN reported on Fiorina’s stubborn mendacity with the hilarious headline: “Despite facts, Carly Fiorina stands by claim about retired generals.” ABC News reported: “Carly Fiorina Digs in on Claim That General’s Retirement Was Due to Obama Dispute.” Just call it false! Call it a lie! That’s what it is. The best headline I’ve seen on this story came from Mother Jones’ Kevin Drum, who wrote: “Carly Fiorina Really Likes to Make Shit Up.” That’s an accurate, concise explanation of what’s going on here, and no one should hesitate to call Carly Fiorina a liar when there is no doubt that she’s lying.