How Conservatism Makes You Stupid

Christian victimhood is a favorite meme of the evangelical Christian right. To combat such, legislators have embarked on a pogrom to install Christian monuments on the grounds of, or in the courtrooms of the nation. The problem being, the Founding Fathers of the country, many of who themselves escaped, or were the descendants of those who escaped state sponsored religious persecution to come to America…

Weren’t about to let the same thing happen here.

As a child I can remember the family dinner conversation about Robert F, Kennedy’s candidacy. My father, being an educator and historian, who had been persecuted by McCarthy in the early 50’s demanded of his sons the ability to lucidly discuss current events and history at the table. Like a lot of educators I have known through the years, it was my Dad’s personal belief to maintain and improve family eugenics through education. Conversation de jour was the fact that Kennedy was a Catholic, and his opponents assault on his patriotism questioning whether he answer to the Pope…Or America.

Well…With the placement of the 10 Commandments on the Courthouse grounds or walls by evangelical right wingers – do they report to their very own denominational interpretation of God…Or the Republic?

And that Constitution thing…If you put the 10 Commandments up – then you have to put up something for every other religion…Like this: 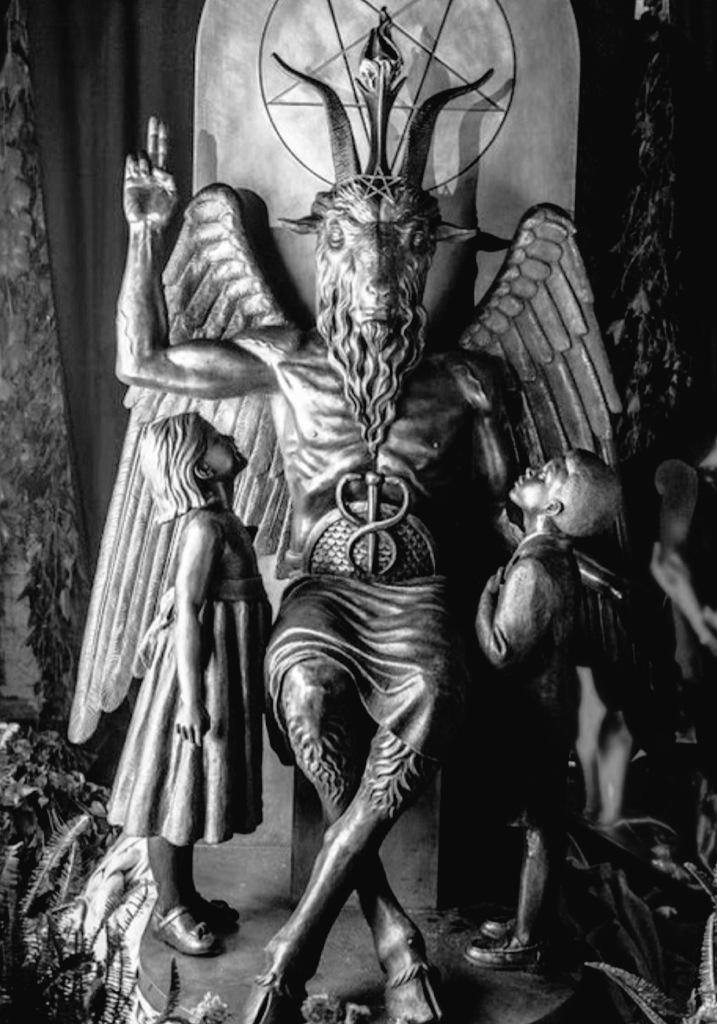 Arkansas recently approved a measure to build a statue of the Ten Commandments on the state capitol grounds.

When Arkansas lawmakers passed a bill this year calling for the creation of a privately funded Ten Commandments monument at the state Capitol building in Little Rock, they clarified in the legislation that the move shouldn’t be “construed to mean that the State of Arkansas favors any particular religion or denomination over others.”

Construction hasn’t yet begun on the tribute to Old Testament scripture — but already, a number of religious and secular groups have come forward to put the lawmakers’ claim to the test, demanding that they also be allowed to erect their own statues on the capitol grounds.

The latest request, submitted last month by the Freedom From Religion Foundation, a national group that advocates for the separation of church and state, calls upon Arkansas Gov. Asa Hutchinson (R) and Arkansas Secretary of State, Mark Martin (R), to build a “no gods” monument that represents the “views of citizens who reject the biblical or religious perspective.”

In a letter, FFRF Co-Presidents Dan Barker and Annie Laurie Gaylor tell Hutchison and Martin that “most freethinkers find the Ten Commandments to epitomize the childishness, the vindictiveness, the sexism, the inflexibility and the inadequacies of the bible as a book of morals.” They then request that they be allowed to fund their own statue at the capitol, which would display the following text:

There are no gods, no devils, no angels, no heaven or hell.
There is only our natural world.
Religion is but myth and superstition that hardens hearts and enslaves minds.

Presented (add date) to the State of Arkansas on behalf of the membership of the Freedom From Religion Foundation, in honor of the Establishment Clause of the First Amendment to the U.S. Constitution.

The FFRF’s proposal joins a list of similar requests from other groups, none of which have been approved. In August, the Nevada-based Universal Society of Hinduism received a rejection notice after asking for permission to build a tribute to the Hindu god Hanuman, a monkey-faced deity revered for his strength and skill as a linguist and grammarian.

The society’s president, Rajan Zed, told The Associated Press that he had apparently submitted his request to the wrong board, and must instead apply through the Arkansas General Assembly or submit an application to the Arkansas State Capitol Arts and Grounds Commission.

The FFRF appears to have copied the commission in its letter, which can be read in full below.

The Satanic Temple, a group known for taking a more in-your-face approach to the issue of separation of church and state, is also reportedly considering staking out some real estate on the Arkansas capitol grounds. The group nearly succeeded in placing a massive bronze statue of Baphomet, a satyr-like horned idol, outside the Oklahoma state capitol earlier this year — near a massive stone tablet of the Ten Commandments.

But the group was forced to move the monument to Detroit after the Oklahoma Supreme Court ruled that such religious displays, including the monument to the Ten Commandments, were unconstitutional.