Are Police Targeting Black Lives Matter Activists Ahead of the GOP Convention?

With the Republican National Convention fast approaching in Cleveland, tensions over security are mounting. Presumptive GOP nominee Donald Trump is expected to draw thousands of protesters and the scene outside the convention could turn volatile. At least two outside police departments have pulled out of the security effort, citing concerns that the city is ill-prepared. And the American Civil Liberties Union sued Cleveland over protest rules it views as draconian. (A settlement was reached last week.) Now, local and federal authorities have begun aggressively tracking activists—including members of the Black Lives Matter movement who have helped spotlight Cleveland’s brutal policing problems.

Last week, law enforcement agents began visiting the homes of known activists in Cleveland. Jocelyn Rosnick, an attorney with the Ohio chapter of the National Lawyers Guild, which is providing legal advice and holding civil rights trainings for activists ahead of the RNC, said her group had received about two dozen reports from activists who said they’d been visited by agents from the FBI, the Department of Homeland Security, and the Secret Service, or by Cleveland PD officers and Cuyahoga County sheriff’s deputies. Law enforcement agents, some of them said, also made phone calls to relatives, neighbors, and places of employment asking about the activists’ whereabouts. According to Rosnick, most of these reports have come from people involved with the local chapter of Black Lives Matter or the Occupy Wall Street movement.

The people receiving these visits and calls have found them intimidating. Local resident Dionne Hudson told Cleveland’s NewsChannel 5 that two law enforcement officials visited her home on June 21 looking for her 20-year-old daughter, who was among 71 people arrested at a protest following the acquittal of Cleveland PD officer Michael Brelo for a fatal shooting. Her daughter’s case was thrown out and she has not been involved in a protest since, Hudson said. “Where can we find her at? They asked things of that nature. What’s her phone number. It was like they were hunting her down,” Hudson said. “It’s intimidating.”

A prominent Cleveland activist, contacted byMother Jones via the National Lawyers Guild, said an agent with the FBI’s Cleveland field office left him a voicemail last Tuesday asking to speak with him. The activist, who asked to remain anonymous, said he had heard from others who received visits or phone calls from law enforcement. One said officers stopped him while he was jogging, and another said officers blocked his car with theirs as he attempted to pull out of his driveway. The activist, who has done organizing in Cleveland for nearly two decades, said he was not intimidated, but he worries about the impact on younger, less experienced activists.

“Clearly this is a harassment campaign,” he said. He pointed to the FBI’s history of targeting activists, including a local 2012 case in which five Occupy activists were arrested on terrorism charges after a federal agent infiltrated their group. The Cleveland PD, meanwhile has said it planned to use undercover officers in its security preparations. The activist said he thinks law enforcement is using the convention as a pretext to harass people who may end up on their radar for other reasons.

In a statement to the Cleveland Plain Dealer, a FBI spokeswoman said agents were conducting community outreach as a part of their security planning for the convention. “Law enforcement is reaching out to individuals known to the community who might have information that could help to ensure a safe and secure environment during the RNC,” the FBI spokeswoman said. Neither the FBI’s field office nor the Cleveland mayor’s office, which is handling media requests related to the RNC, responded to inquiries from Mother Jones.

Since 2014, Cleveland has seen a wave of protests in response to police shootings of black people. Activists affiliated with Black Lives Matter have also disrupted severalpolitical events since the beginning of the campaign season. One BLM leader saidin an interview last July that the group would take “any opportunity we have to shut down the GOP convention.” But Rosnick noted that many of the people who had been contacted by law enforcement recently said they had no plans to protest at the convention. 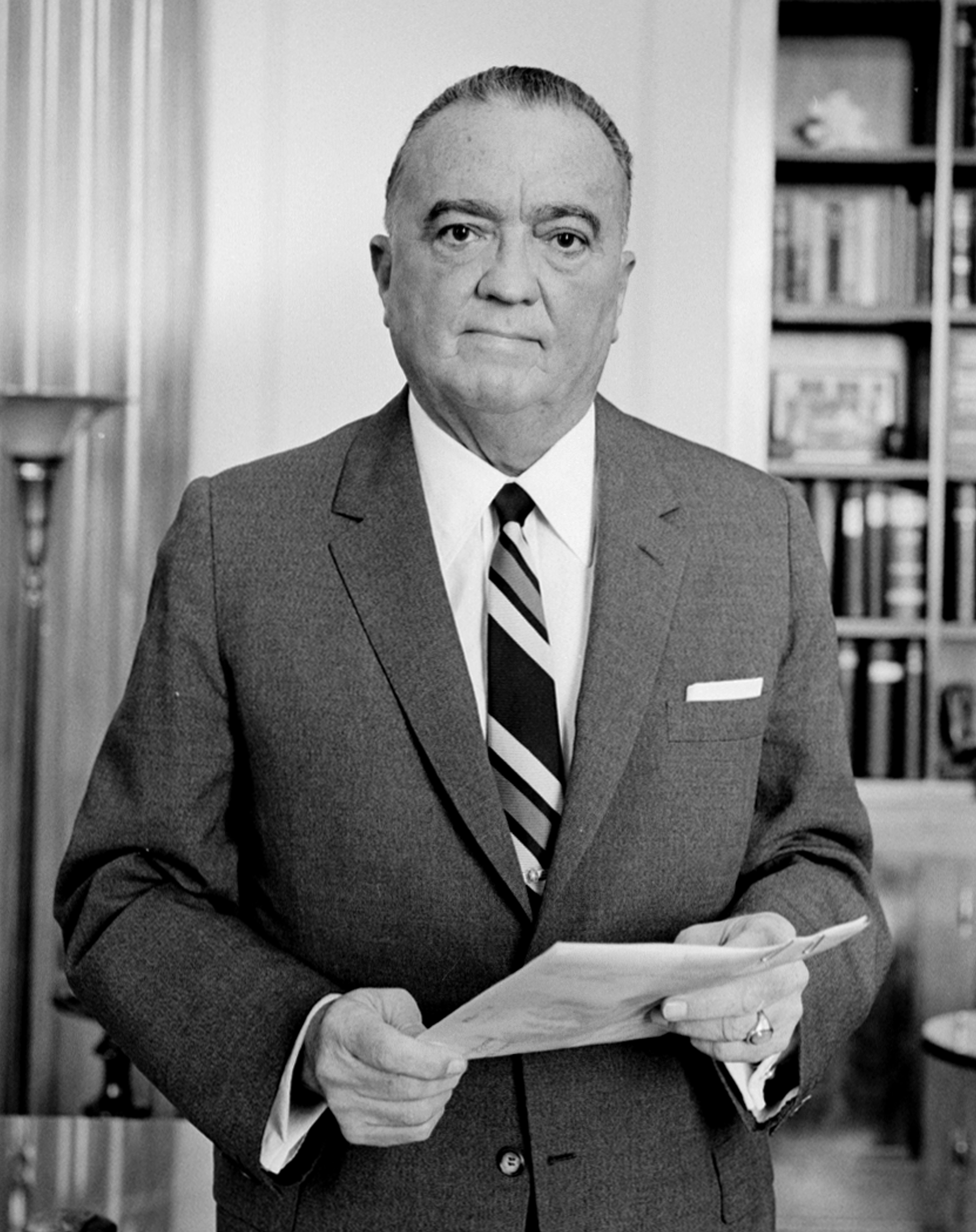 Law enforcement also conducted these kinds of operations ahead of national political conventions in 2008 and 2012, Rosnick said, but “to me it seems like they have cast a wider net this time around.” She said members of an arts collective on the city’s west side—which hosted meetings related to protests of the Tamir Ricecase—have also been paid visits. And Maggie Rice, an organizer with Food Not Bombs, told Mother Jones that at least four of her group’s members were visited by FBI agents and plainclothes Cleveland police last week. “It made me feel uneasy,” one of those members told Mother Jones, “like no one I knew was necessarily safe.”

Randy Cunningham, a 66-year-old veteran environmental activist who’s coordinating an anti-poverty march for the GOP convention, described how two Cleveland PD detectives visited his home on June 20: One carried a manila folder with his name on it that contained a picture of his driver’s license and other documents, Cunningham said. He said they asked him questions about his plans for the march, how many people were expected to attend, and if he knew of people who might be coming from out of town to cause mayhem.

Meanwhile, Mother Jones also contacted four supporters of Trump in the Cleveland area who submitted applications for parade permits during the RNC. All replied they had not been contacted by law enforcement…. Read More Here…

Posted by btx3 on June 30, 2016 in Domestic terrorism, The Definition of Racism

Reminding them of what their Saint Raygun said. One would have hoped many other organizations could have found the money, or cleverness to do the same to battle right wing facsism as will be on full display in the Chumph convention.

Former President Ronald Reagan’s son and namesake Ron Reagan is literally the poster-person against religion. While the younger Reagan has been doing ads on news channels for the Freedom from Religion Foundation, it will be his father’s words that will hover over the Republican National Convention in Cleveland, Ohio in July.

“We establish no religion in this country… Church and state are, and must remain, separate,” the billboard will read.

The quote is part of a longer statement Reagan made in 1984 to Temple Hillel and Community Leaders in Valley Stream. “We in the United States, above all, must remember that lesson, for we were founded as a nation of openness to people of all beliefs,” Reagan said. “And so we must remain. Our very unity has been strengthened by our pluralism. We establish no religion in this country, we command no worship, we mandate no belief, nor will we ever. Church and state are, and must remain, separate. All are free to believe or not believe, all are free to practice a faith or not, and those who believe are free, and should be free, to speak of and act on their belief.”
Co-President of the Freedom from Religion Foundation, Annie Laurie Gaylor, said in a statement that this particular message was important at this point in history.

“The RNC needs to be reminded that our nation is predicated on a godless and entirely secular Constitution,” she said. “The fate of our Establishment Clause hangs in the balance of the election. We’re not voting for the next president — we’re voting for the next Supreme Court justice.”

The local chapter director, Marni Huebner-Tiborsky, agreed that the message is an important one for Republican leaders to remember. “This billboard couldn’t be any more timely, and is definitely needed to remind our political leaders and the public that political campaigns should stick to a secular platform, where real change can happen,” she says.

Republican Party presidential nominee Donald Trump met with religious leaders last week and unveiled his evangelical advisory committee with former Rep. Michele Bachmann (R-MN). Trump does not have an extensive track record with religion other than to attack others for their beliefs. Though this was enough for evangelical James Dobson to call Trump a “baby Christian.”

Shootout at the OK Corral — Guns at the Republican Convention

A petition for the open carry of firearms at the Republican National Convention has amassed more than 42,000 signatures as of Monday afternoon.

The convention is scheduled to take place in Cleveland from July 18 to 21 at the Quicken Loans Arena, which bans all weapons on property. While Ohio allows open-carry, the venue’s ban is permitted by state law.

The petition’s author, known as N A, finds fault with the policy, calling it “a direct affront to the Second Amendment.” Pointing to an article that ranks Cleveland among the United States’ most dangerous cities and mentioning “the possibility of an ISIS terrorist attack,” the author said the Republican National Committee and the Quicken Loans Arena are putting people at risk.

“Without the right to protect themselves, those at the Quicken Loans Arena will be sitting ducks, utterly helpless against evil-doers, criminals or others who wish to threaten the American way of life,” the petition reads. “All three remaining Republican candidates have spoken out on the issue and are unified in their opposition to Barack HUSSEIN Obama’s “gun-free zones.’”

The author then called on the Quicken Loans Arena, the National Rifle Association, Ohio Gov. John Kasich, the Republican National Committee and the GOP presidential contenders to act.

None of the individuals named in the petition immediately responded to a request for comment from NBC News.

On the Sunday morning talk shows, Trump declined to discuss the petition at length.

When host Jonathan Karl asked Trump to put the specific petition aside and delineate more broadly about the notion of delegates carrying firearms at the convention, Trump refused to consider the prospect.

“I don’t want to forget the petition,” Trump told Karl. “It’s the first I hear about it — of it, and frankly, you know, nobody is stronger on the Second Amendment than me. But I would like to take a look at it.”

A federal spending bill apportioned $50 million to Cleveland to help with the cost of convention security, according to the Cleveland Plain Dealer. The paper reported that the city has proposed using part of the funds to purchase 2,000 sets of riot gear.

Although the City of Cleveland would not comment on operational security matters, it said in a March 18 statement that it looked forward to a successful convention while “working with our federal, state and local security as well as our business partners.”

So none of the miscreants escapes.

ISIS hardly wants to attack these morons and lose all their advertising material.