Consequences…One Pissed Off, Cheated on, Girlfriend

Not sure how Steve Harvey became a relationship advisor, but in the spirit of keeping it somewhat real – here is an interview of Harvey on his new book…

Drop off the keys, Lee…And get yourself free!

Well, it appears that the increasingly popular Internet Dating has spawned a new Internet Industry… 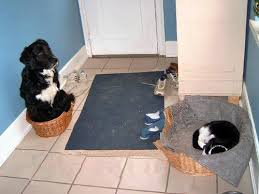 What was that Jhonnie Taylor line in the immortal “It’s Cheaper to Keep Her”?

Time to Break Up? Online Service Can Do the Dumping

There are few things more awkward than having the “It’s not you, it’s me” conversation. For those too nervous, chicken, or lazy to break up with their partner themselves, there’s iDUMP4U, a website that does the dirty work for you—for a mere $10. For said fee, the man behind the site, Bradley Laborman, will make the breakup call … and record it, should you want to post it on YouTube, reports Time.

He’ll even handle messier cases: Pay him $25 and he’ll call it quits on your engagement; $50 will get the wheels turning on your divorce. Though he started it as a joke in September 2009, he’s logged 200 breakups to date. And the holidays are his busy time: “Last year I had a lot of Turkey Dumps,” he says. “I also had people who didn’t want to buy a Christmas present [for their partner]. This time of year is the busiest.”

Whats the Deal With White Women and Dogs?

Sisters have their idiosyncrasies, wanting to be known as “Divas” yet treated like “Queens”…

And white women have their dogs.

Go on any dating site, and black women will have one or two shots of themselves typically out of focus, taken with a cameraphone…

And white women will have one shot of themselves…

Kinda lets a guy know where exactly he ranks in the relationship.

Might want to keep your pants on there brother, just in case Fido, pissed off at having to share attention…

The son of the late heiress Gail Posner says his mother was duped into writing a will that gave away nearly $30 million to her staff and her pampered dogs while leaving him with only $1 million.

Posner, the daughter of the late real estate mogul Victor Posner, died of cancer at the age of 67 in March. She left $26 million to her bodyguards, maids and personal trainer, and a $3 million trust to ensure that her chihuahuas, including a Cartier-wearing canine named Conchita, can continue their decadent lifestyle. One bodyguard alone got $10 million. Millions more went to charity.

This is going to be a war…

James B. Janknegt's "It's a Thin Line Between Love and Hate"

Now, Rappers aren’t exactly known as the most intelligent folks in the world. Neither are they exactly known for their humanity. So you have to question exactly what kind of black woman is out there after some dude whose every other word is “B0708” or “Ho” and how he is going to “cap” somebody…

Much less the small weenie syndrome of having to dominate a woman to feel like a man.

On with the spiel –

RAPPER SLIM Thug has sparked controversy in America over his shocking statements about black women.

In this month’s issue of ‘Vibe’, the rapper says that black women need to lower their standards if they want to be successful in love and ‘bow down’ to their man in order to maintain a successful relationship.

“Most single black women feel like they don’t want to settle for less. Their standards are too high right now. They have to understand that successful black men are kind of extinct… It’s hard to find us, so black women have to bow down and let it be known that they gotta start working hard; they gotta start cooking and being down for their man more…” he said. END_OF_DOCUMENT_TOKEN_TO_BE_REPLACED

Being a SBM who has entered the dating market in the last few months, one of the things that I have noticed is that there is a huge difference in attitudes and outlook between black women in their 50’s, 40’s and 30’s. While a lot of people have discussed the impact of the disintegration of the family unit on black males, one needs to ask if those same forces may not have had an impact, albeit more subtle, on black women.

An introduction to a black woman is all too often like a financial transaction. To a “successful” black man who has punched those tickets, that discussion can be very offputting, to a brother who hasn’t, it can often be belittling. I’ve certainly heard stories from black women about black men vastly inflating their jobs and accomplishments – but there seems to be little recognition as to why these guys may feel the need to do so, other than the broad brush stereotype that they are “players”.

If you take away the big money sports stars and actors, whose fame and fortune are likely to attract legions of Bimbos – and just look at professional level, educated black men with careers…

Then the question becomes, in consideration that it’s the 21st century and the “forbidden fruit” dynamic is dead as a doornail – what is it White, Hispanic, and Asian women are doing to grab such a significant portion of these black males?

This is part of an opinion piece by Dr. Boyce Watkins dealing with the falling marriage numbers in the black community. For the whole thing – go here.

Watkins points out that while black men have been assigned much of the blame, the reality is that black women share much more of the blame than is typically assigned to them. He questions the “common wisdom” – even that voiced by President Obama and Attorney General Eric Holder…

Having recently gone back on the market myself, I have to admit to one huge pet peeve. Trying to make an introduction and speak to an attractive black woman can be a minefield – no matter how politely approached, or well accoutered a guy is. Sisters are experts at the shoot down. Now – that’s not a one way thing, in that I’ve certainly seen some low class hardheads come with some pretty crude crap, after being shot down with a crude intro, and maybe that, in part – poisons the market. However, that iron wall shuts down conversation at any level.

Second, no guy in his right mind wants anything to do with a woman describing herself as a “Diva”. Don’t need a “Queen” either. And any guy who thinks he’s going to be a “King” in a household with any woman worth her salt deserves what he gets, which is almost always a lot of frustration. Maybe if a few more folks valued the concept of partnership instead of primitive ego gratification?

I often wonder if there is more to the black relationships story than that. Here are some thoughts to consider:

1) Whites aren’t staying married either, so this is not just solely a black issue. The next time Barack Obama gives a speech about black men “behaving like little boys” because they don’t live with their children, I would love to see him give that same speech to the millions of divorcees in white America. Given that roughly 50% of white marriages end in divorce, we can’t presume that black people create the only dysfunctional families in America. All of America is turning away from marriage, and that’s just a fact.

2) Are men the only ones to blame here? When I watched the beautiful women on the ABC special who felt that they could never find a husband, I heard some of my educated, fully employed male friends say, “I’d marry any one of them right now!” Over the years, I’ve seen many women pass over good men who would make excellent husband/boyfriend/baby daddy material. (Sorry, I hold no ill will toward baby’s daddies – I only care about love, not labels). END_OF_DOCUMENT_TOKEN_TO_BE_REPLACED