The difficult job of getting an actual Progressive Party…

Posted by btx3 on February 27, 2017 in Stupid Democrat Tricks

How do you explain the entirely different world seen by white conservatives and that seen by the rest of us?

Some recent studies get into that, racial politics, and immigration… 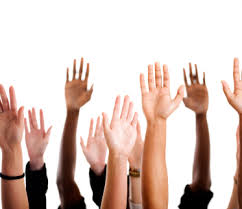 That appears to be even more true today. The line between whites who are comfortable with the racial and ethnic change transforming America into a “world nation” and those uneasy about it increasingly looks like one of the most important boundaries of the 2012 campaign.

The big Pew Center for the People and the Press generational survey released last week offers powerful evidence on that point. Overall, in the Pew survey, 47 percent of non-Hispanic whites agreed with the statement that “the growing number of newcomers from other countries are a threat to traditional American customs and values.” Exactly 50 percent of whites disagreed.

Like an Allstate/National Journal Heartland Monitor survey released earlier this summer, Pew found that whites comfortable with the demographic changes now underway express very different attitudes than those uneasy about it on President Obama, the role of government, and the choices in the 2012 election.

Among the whites who find the increasing number of newcomers troubling, Obama’s approval rating in the new Pew survey stood at just 21 percent with 70 percent disapproving. The president runs much more strongly among whites comfortable with the changes: 45 percent of them approved, while 47 percent disapproved.

Most dramatic was the divergence between these two groups of whites in a hypothetical Obama-Mitt Romney race in 2012. Whites who consider the demographic change a threat prefer Romney over Obama by a crushing three-to-one: 72 percent to 24 percent. In stark contrast, among whites comfortable with the change, Obama led Romney 52 percent to 44 percent.

As I wrote in a column this summer analyzing the similar Heartland Monitor findings, these trends don’t “mean that opposition to Obama is primarily, or even largely, driven by racial resentment. But it does suggest that attitudes about the nation’s changing racial composition now overlap and reinforce the more familiar ideological divides, such as differences over social issues and the role of government, that separate the two parties’ electoral coalitions.” Obama may sharpen these differences by embodying, in such a personal way, the demographic changes reshaping American life.

For a closer look at the mammoth Pew study – in particular, for a look at the intersection between generational and demographic change – check out Friday’s National Journal magazine.

The “Occupy” protests are popping up all over America, as thousands, perhaps soon –  millions take to the streets.

Like the Tea Party, the “Occupy” demonstrators are folks deeply concerned that things have seriously gone off the rails in America.

Unlike the Tea Party – there are no corporate sponsors. there is no Faux News complete with air-headed effervescent blonde bimbos spouting breathlessly over the movement’s significance (indeed the MSM seems determined to ignore the whole movement)…

And there are no Koch Brothers sitting behind the scenes pumping in money, and buying influence from corrupt politicians and Supreme Court Justices.

The other thing is, Occupy is largely apolitical. I think the most prevalent feeling about the American Political Parties – is “a pox on both their houses”.  There has been a growing belief that neither political party is capable, or willing to operate in the best interests of anyone, except their financial benefactors for a long time.

Not being bought and paid for by the Koch Brothers or any of the other conservative “7 Sisters” who fund the conservative “movement” in America, though – is a scary thing for conservatives. As such, it’s no surprise the conservative media “long knives” have come out over the last week or so, with House Whip Eric Cantor calling them a “mob“, Mitt Romney (“It’s dangerous, this class warfare”), Herman Cain (“If you don’t have a job and you’re not rich, blame yourself!”) or in French Revolution speak “Let them eat cake”, and this piece by Deneen Borelli essentially calling the Occupy protesters peasant trash (where’s a damn Guillotine when you need it?)… And if you wonder just how much of a joke and conservative shill the Wall Street Journal has become there’s this hit piece written in the prosaic style of your average 12 year old. When the leading financial paper in the country blogs articles written in all the style and content of a Marvel Comic Book…

No wonder we are in trouble.

So… Despite humble beginnings, the Occupy movement is headed left, if in no other place than fecund conservative imaginations.

American Hyper-Segregation… Not Just in Black, Brown, and White

I don’t think it is any surprise to most folks that America remains largely segregated along racial lines  nearly 50 years after the Civil Rights Act of 1965.  While race and racism play a part in this, by far the majority of self-segregation falls within the sphere of tribalism. Well to do black folks self-segregate in communities in the Washington DC area and Atlanta, and white segregate themselves in the suburbs. That tribalism has a lot more to do with the culture you grew up with in most cases than any dislike of other folks. In all but exceedingly rare case, nobody is going to stop a black family with the means from living in the ‘burbs, nor are black folks going to stop whites or anyone else from moving into any of the new black enclaves.

Whites in this country have developed an entire political movement, which at it’s core is a belief in a return to the “golden age” of the 50’s.  Black folks don’t have many fond memories of pre-segregation America – and while the cars, music, and some of the entertainers of the period may foster fond memories, there is no desire whatsoever to return to the societal context or economic realities. That is, and fundamentally always will be a schism between the right in American politics and black folks.

Developing more recently is an even more dangerous hyper-segregation – that between folks on the left and folks on the right. The article below characterizes it as urbanized versus suburban – but I don’t think that is entirely accurate because there are suburban communities which reliably vote left. While there aren’t any major urban areas which vote right – that probably is more a result of the impact of minority voters.

Political and marketing analysts figured out some years ago that they could predict your political alignment by whether you shopped or ate at Walmart of Cracker Barrel – or sipped lattes at Starbucks, and provisioned at Whole Foods.

That political schism, now seems also to define where people want to live.

The Cook Report: Whole Foods versus Cracker Barrel: How Americans Are Self-Sorting

When weary voters saw the news that Washington had struck a bipartisan deal on the debt ceiling, it’s doubtful that many of them took out stationery to write Congress a thank-you note; it’s not clear how many of us even believed it had happened. Last week, according to a Pew Research Center survey, a whopping 72 percent described the recent negotiations in disparaging terms such as ridiculous,disgusting, stupid, and frustrating. Long before the last-minute, $2.1 trillion deal, voters had thrown their hands up in despair at the extremely polarized state of our politics. END_OF_DOCUMENT_TOKEN_TO_BE_REPLACED

President Obama just signed his death warrant as a two termer. The sad thing is – he didn’t accomplish shit to have made it worthwhile.

Posted by btx3 on August 1, 2011 in Stupid Democrat Tricks

This one is a brilliant comparison of why conservatism fails.

Progressives Begin to Fight Back Against Tea Bagger Thuggery

We’ve all seen the Tea Bagger tactic of disruption of public forums at the Town Hall Meetings of a number of Congressmen and Senators last year.

Finally, some progressives have had quite enough.

This may well turn out to be more of a brawl than an election.

Posted by btx3 on September 26, 2010 in Stupid Tea Bagger Tricks

Oprah Walks the Walk – $6 Million in Grants to Schools

Think I had a discussion with a certain verbose black conservative a few days ago about walking the walk – instead of constantly suffering from diarrhea of the mouth. The fundamental difference between progressives and conservatives isn’t in “giving” – one can argue that some conservatives certainly stand up when it’s time to write a check for a good cause…

On Monday, September 20, Oprah Winfrey announced six surprise Oprah’s Angel Network grants to high-performing U.S. charter school programs on The Oprah Winfrey Show. The grants from the public charity were announced during the show, which featured the gripping new documentary,Waiting For “Superman”, as well as a candid discussion about why some of America’s public schools are failing and the potential movement to revolutionize them.

“I value nothing more in the world than education. It is the reason why I can stand here today. It is an open door to freedom. And we wanted to be able to, on behalf of the viewers, give you something to go back to your schools and make life better for the children in your schools,” Winfrey said as she handed the representatives from each of the six designated charter school programs an Angel Network check for $1 million.

The grants were distributed to the following charter school programs:

These charitable donations will support and enhance operations for these successful charter school programs. The six groundbreaking programs are leaders in providing quality public education.

Winfrey then acknowledged the home viewing audience, “I’ve been honored to have your trust over the years and I have kept my promise to spend your money on projects and programs that I deeply believe—that you believe also—can make a difference???I’m so proud of what we’ve all accomplished together.”

Oprah’s Angel Network has funded more than 200 grants and projects in more than 30 countries around the world in order to improve access to education, protect basic rights, create communities of support and develop leaders of tomorrow. The Angel Network was born from The Oprah Winfrey Show and its viewers’ desire to make a difference in the lives of others. As the funding part of the charity has drawn to a close, the spirit of the Angel Network will live on through the stories on its website. To learn more about the history of Oprah’s Angel Network, visitOprahsangelnetwork.org.