Director Ava DuVernay has a new documentary out called The 13th. The documentary is named after the 13th Amendment of the US Constitution, which ended slavery…

Except in one specific instance.

This interview with Ms Duvernay goes into more detail.

Posted by btx3 on October 10, 2016 in Black History, BlackLivesMatter, The New Jim Crow

The Prison Industrial Complex in Mississippi

1930’s pictures of black men on the Chain Gang in the South are a icon of how black people were persecuted and forced to work in virtual slavery under Jim Crow.

While the Chin Gang may (or not) be gone, incarceration as a social tool and meas of oppression is not. Mississippi has third highest incarceration rate in the US, placing it solidly ahead of even repressive regimes around the world and communist countries. 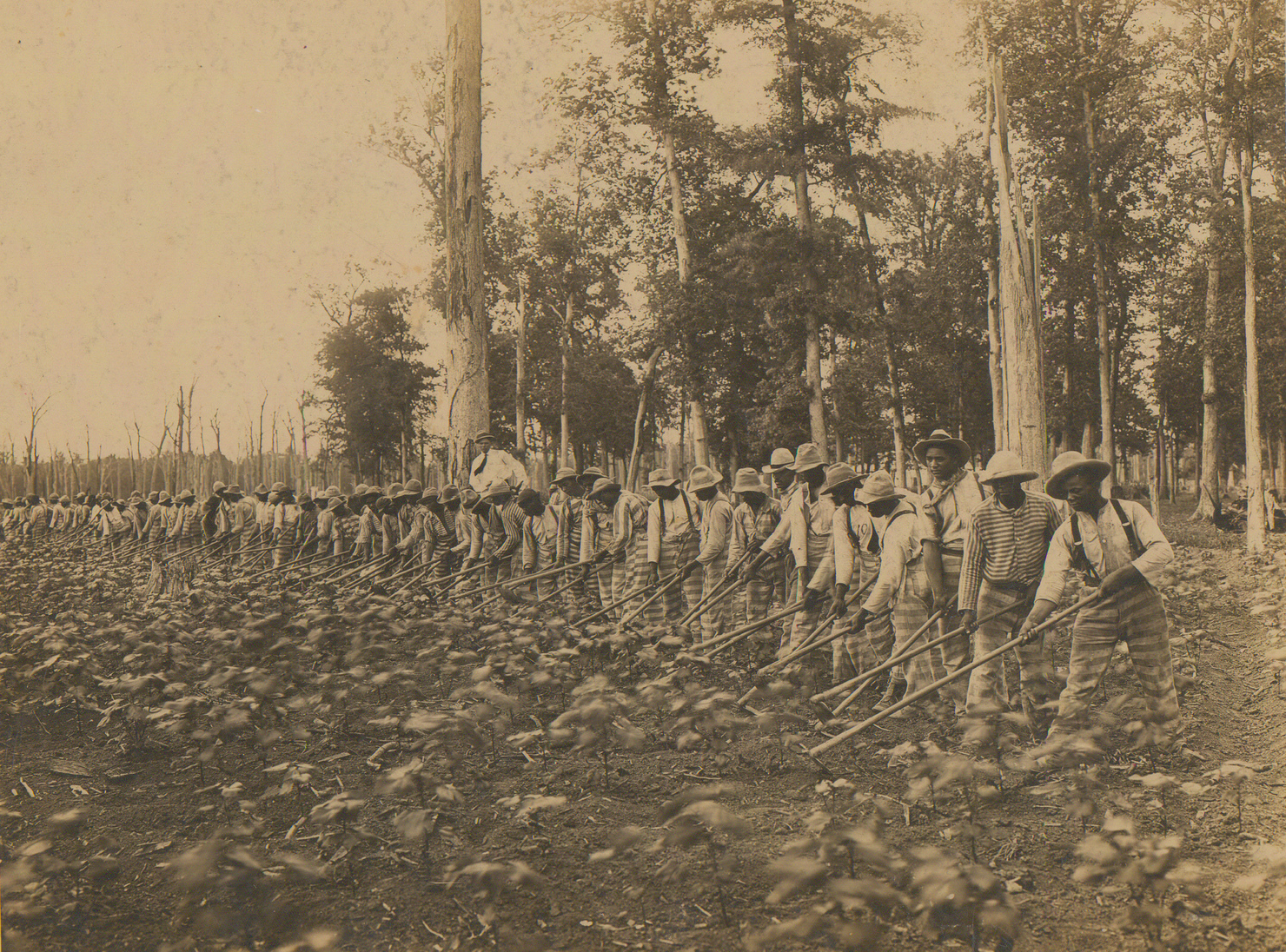 Mississippi Jails Are Losing Inmates, And Local Officials Are ‘Devastated’ By The Loss Of Revenue

“If they do not send us our inmates back, we can’t make it,” said one county supervisor.

County officials across Mississippi are warning of job losses and deep deficits as local jails are being deprived of the state inmates needed to keep them afloat. The culprit, say local officials, is state government and private prisons, which are looking to boost their own revenue as sentencing and drug-policy reforms are sending fewer bodies into the correctional system.

In the late 1990s, as the overcrowded Mississippi prison system buckled under the weight of mass incarceration, the state asked local governments to build local correctional institutions to house state prisoners. It was billed as a win-win: The Mississippi Department of Correction would foot the bill for each prisoner, and the counties would get good jobs guarding them. The state guaranteed that the local jails would never be less than 80 percent occupied, and the locals would get a 3 percent boost in compensation each year.

After a few years, say local officials, the state offered a new deal: Instead of the 3 percent bump, they would give the locals more and more prisoners, thus boosting total revenue. Today, the state pays $29.74 per day per prisoner to the regional facilities, a deal that worked for everybody as long as the buildings were stuffed full with bodies.

Scott Strickland, president of the Stone County Board of Supervisors, said reforms at the state and local levels have shrunk the prison population. “Federal laws took some part in that — allowing prisoners to serve only a certain percentage of their term,” he said. “Also, they’ve reduced prison sentences for certain drug-related offenses.”

As the wave of mass incarceration begins to recede, the Mississippi controversy has local and state officials talking openly about how harmful locking up fewer people up will be for the economy, confirming the suspicions of those who have argued that mass incarceration is not merely a strategy directed at crime prevention. “Under the administrations of Reagan and Clinton, incarceration, a social tool used for punishment, also became a major job creator,” Antonio Moore, a producer of the documentary “Crack in the System,” wrote recently.

“I don’t think it necessarily started out this way, but the inmate population has become the backbone of some of these counties that are involved,” said Mississippi Corrections Commissioner Marshall Fisher as the controversy heated up.

The prisoners have value beyond the per diem, county officials add, when they can be put to work. State prisoners do garbage pickup, lawn maintenance and other manual labor that taxpayers would otherwise have to pay for. Convict labor has made it easier for local governments to absorb never-ending cuts in state funding, as tea party legislators and governors slash budgets in the name of conservative government.

The state knows it, and now demands that local jails house state convicts who perform labor for free, George County Supervisor Henry Cochran told The Huffington Post. The counties take the deal. “You’re either gonna go up on everybody’s garbage bill, or you’ve gotta house those inmates,” Cochran said. “You’re using that inmate labor, so [taxpayers are] getting a little good out of that inmate for their tax dollars. You either gotta hire a bunch of employees or keep that inmate. It’s like making a deal with the devil.”

The vast majority of people in the US convicted of minor drug crimes are sent to jail without actually pleading their case in court. They are sent there by “Plea Bargaining”. If you are poor, about the only defense you may get in a courtroom is a Public Lawyer telling you to take the deal or suffer the consequences. This feeds the Prison Industrial Complex with fresh meat every day in America…Whether the accused is guilty or not – they go to jail.

John Oliver takes a swing at the reality of things…

Posted by btx3 on September 14, 2015 in American Genocide

Anything some folks can do to keep ’em from voting.

More bad news for black conservatives, as how are they going to sell that black dysfunction pimp driving white fear, and assuaging white conservative guilt…

And some of the black stalwarts of the right…

File this one under “Domestic Terrorism”.

More than half of all people sent to federal prison for committing felony crimes so far this year were Hispanic, a major demographic shift swollen by immigration offenses, according to a new government report released Tuesday.

Hispanics already outnumber all other ethnic groups sentenced to serve time in prison for federal felonies.

Hispanics reached a new milestone for the first time this year, making up the majority of all federal felony offenders sentenced in the first nine months of fiscal year 2011, according to the U.S. Sentencing Commission.

Hispanics comprised 50.3 percent of all people sentenced in that time period, blacks 19.7 percent and whites 26.4 percent.

In comparison, last year Hispanics made up just 16 percent of the whole U.S. population.

The commission’s statistics also reveal that sentences for felony immigration crimes _ which include illegal crossing and other crimes such as alien smuggling _ were responsible for most of the increase in the number of Hispanics sent to prison over the last decade.

The demographic change in who is being sent to federal prison has already prompted debate among commissioners and experts studying the impact of expedited court hearings along the border.

“Statistics like this have to start drawing attention to this country’s immigration policies and what we’re doing, if this is one of the results,” said Fordham University Law School professor Deborah Denno, an expert on racial disparities in the criminal justice system. “The implications for Hispanics are huge when you think of the number of families affected by having their breadwinners put away for what in some cases would be considered a non-violent offense.”

Posted by btx3 on September 7, 2011 in Domestic terrorism

This one from Truthout – Hat Tip!

This is a powerful analysis of the forces behind the “culture wars” and the desire to preserve Jim Crow as a functional entity by the right wing in America by Cary Fraser. Follow the link below to the original where support documentation is provided in the form of footnotes and links. As one example of this, work by Michelle Alexander (The New Jim Crow: Mass Incarceration in the Age of Colorblindness) has shown that during the height of Jim Crow, blacks went to prison at roughly four times the rate of whites; today the black imprisonment rate is seven times that of whites. (Another good reference in the prison industrial Jim Crow element of this is by Robert Perkinson – Texas Tough: The Rise of America’s Prison Empire.)

As I have reported here in The New Jim Crow series – the New Jim Crow impacts nearly every aspect of life for minorities in America, starting with access to education, credit, the ability to start business and conduct commerce, through access to jobs.

The New Jim Crow, Ubiquitous and Masked as "Culture Wars"

The recent decision by the Texas School Board of Education to revise the curriculum in the state to reflect a more “conservative” approach to social studies and history has highlighted the ongoing debate about the role of education in American society and culture. The explicit desire by the conservative majority on the Texas School Board to impose an ideological orientation in elementary and secondary education – including a shift of focus away from the civil rights movement and slavery, an emphasis upon ensuring that students be taught that the idea of the separation of church and state is not in the Constitution and promotion of the need to safeguard American sovereignty from threats posed by organizations such as the United Nations – is a barometer of the increasing uncertainty that has overtaken the conservative factions in American society. The election of Barack Obama as the first African-American president, on the basis of a well-executed campaign that demonstrated the increasing electoral influence of multi-ethnic coalitions in American politics, has served as a catalyst for reactionaries of all stripes to seek ways to reverse the movement of American society toward a greater openness and engagement with the wider world, including the diverse communities of color within the country. A recent article in the Wall Street reports that recent statistics suggest that population growth among minority groups in the United States will exceed growth rates among whites in the near future.(1) If that demographic shift takes place, the United States will become a country where there is no single ethnic group or race that will constitute a majority within the population. The promise of greater cultural and ethnic diversity in the American population is a guarantee of the erosion of the white-supremacist ethos that has defined American society over the course of its history. END_OF_DOCUMENT_TOKEN_TO_BE_REPLACED