They went there with this Mont’s Cover – 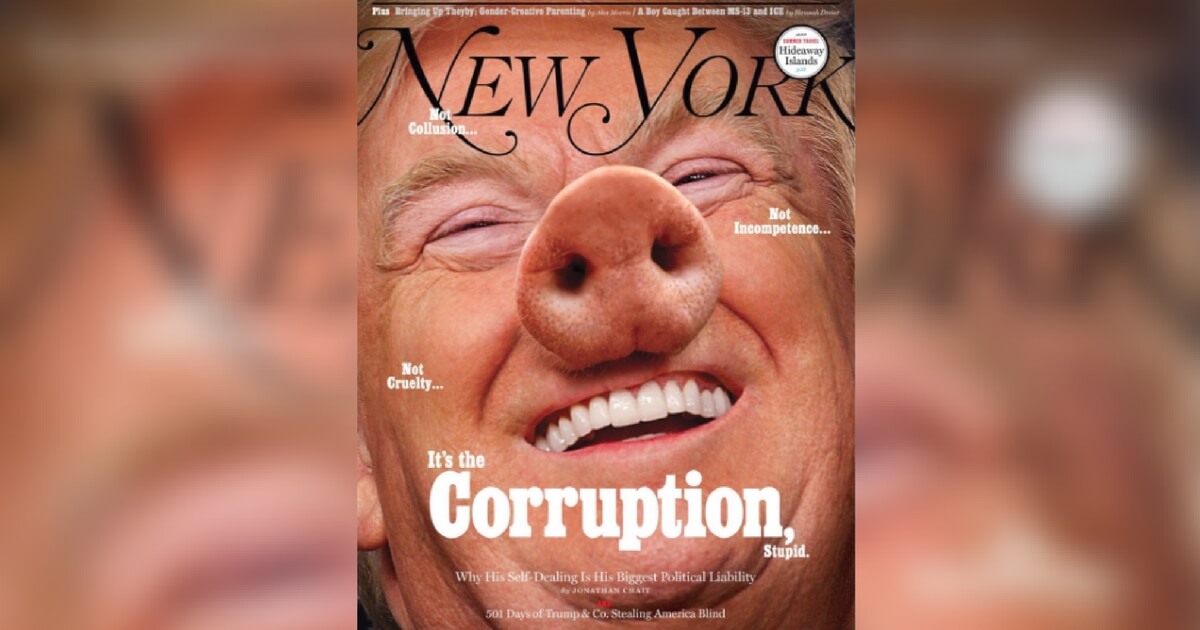 A Bit of BLM History

How the movement started, some of its philosophy, and future…

‘The New Yorker’ Charts The Rise Of Black Lives Matter

Before Black Lives Matter was a hashtag, before it was a slogan chanted by protesters in cities across the country, before it was a national movement, it was a Facebook post by an Oakland-based activist named Alicia Garza. She wrote it after George Zimmerman was acquitted in the shooting death of 17-year-old Trayvon Martin. It read in part-

JELANI COBB: (Reading) I continue to be surprised at how little black lives matter, and I will continue that. Stop giving up on black life. She ended with black people, I love you. I love us. Our lives matter.

MCEVERS: That’s Jelani Cobb. He’s written an article in this week’s New Yorker magazine about Black Lives Matter, how the movement started and where it stands today. And he details how those three words were later adopted as a rallying cry by protesters from around the country who came to Ferguson, Mo. after 18-year-old Michael Brown was shot and killed by a police officer. And, Jelani Cobb says, there’s still tension about who speaks for the movement.

COBB: I think there’s been a conflict that’s played itself out publicly in terms of the people who founded the idea or came up with the name and the people who really did the pivotal work on the ground in Ferguson. And – I mean, I think in some ways, it’s an entity that has two births. I mean, it’s conceived after one tragedy and really comes to fruition after another. And we’ve talked about the Internet and social media and the ways that those things have really revolutionized and changed the way social activism happens. And in some ways that’s a plus, but, you know, it can be a really big liability as well because a good bit of the conflict between the various factions of Black Lives Matter has played itself out in public and on social media.

MCEVERS: Give us an example of that.

COBB: A little more recently, Alicia Garza was going to come to St. Louis to give a speech at Webster University, and…

COBB: …A great deal of social media chatter erupted about this and whether or not she had any place coming there, and whether it was more appropriate to think of the people who were in St. Louis and Ferguson as the founders. And when I spoke to Alicia Garza about it, she said that she got death threats and, you know, threats of violence, and she wound up canceling the talk. And so that became kind of a crucial moment in, I think, the history of this organization where a person who is organizing about African-Americans and their lives is really not giving a talk because of threats to her own.

MCEVERS: One of the main principles of the Black Lives Matter movement is that it is without a leader. This isn’t just some flaky leftie thing. It’s this idea that in the past, we had great black men in history leading us through the civil rights movement and that that’s not necessarily the way to go. Can you explain that?

COBB: Yeah, the great black man theory of history. We associate, you know, whole blocks of history with, you know, W.E.B. Du Bois or Booker T. Washington or Malcolm X or Dr. King. You know, entire constellations of history are distilled down to two individuals, almost always male. And there’s been a certain kind of fatigue, and I think Black Lives Matter represents that. And they find a more horizontal ethic of leadership to be more important, and they find inspiration from Ella Baker, who was one of the most central figures of the civil rights movement in – partly due to her belief in kind of grassroots and local leadership in her aversion to the spotlight. Her story wasn’t as well known. And so they have kind of resurrected her idea that it’s better to have 10,000 candles than a single spotlight.

MCEVERS: Do you think that trying to fit more than one idea, though, under the Black Lives Matter tent – including not just police violence against men, but also talking gender politics – do you think that’s something that’s a liability?

COBB: I don’t think it is. You know, movements tend to pick up where the last one left off. And when people look back at the civil rights movement, one of the most glaring shortcomings that emerges is in many ways the marginalization of women within the movement or, you know, things like Bayard Rustin, who was the pivotal organizer of the March on Washington, but also faced discrimination as a gay black man. And so those are the things that Black Lives Matter look at and say, we want to not replicate those things. We want to not replicate the errors of the past.

MCEVERS: It seems like one of the consequences of Black Lives Matter being this kind of diffuse organization where you can – you have several chapters across the country – is backlash, right? I mean, you’ve got one group you talk about in your piece chanting about dead cops, and you have police departments talking about a Ferguson effect, you know, that these protesters are making it so that police are afraid to go do their jobs. And – what did some of the founders tell you about that?

COBB: Well, when I talked with Alicia Garza, she was very clear about making a distinction between Black Lives Matter the organization and Black Lives Matter as a movement. But it’s been almost kind of like a franchising effect. And, you know, the fact that there’s a low barrier to entry has been useful when there are people who have never participated in a political protest before and they’re willing to come out and say, OK, I can be part of this Black Lives Matter thing, and I agree with, you know, what’s happening here. At the same time, it makes it a little bit more difficult to have a kind of discipline within the ranks. And then you have a third element, which is the tendency of people to refer to any statement by a disgruntled black person as – somehow, now they’re connected to Black Lives Matter.

MCEVERS: At the end of the piece, you write Black Lives Matter may never have more influence than it does now. Do you think the movement has already hit its peak?

COBB: Potentially. I don’t think it’s easy to predict these things. But one of the things that I think we ought to take note of is the circumstances that allow Black Lives Matter to flourish. One is the existence of a black presidency and these sorts of egregious racial problems continuing in the context of a black presidency, which contributed, I think, to a climate of frustration. And, you know, we’re in the last year of the Obama presidency, and so that will change. And in addition to that, precisely because we’re in an election year, we’ve seen the movement to be able to leverage influence and – helping to shape and push the direction in which these two candidates on the Democratic side, at least, are moving. I don’t think that necessarily will happen after the presidential election. Or at least it’s not as easily achieved. …Read the Rest Here…

Posted by btx3 on March 9, 2016 in BlackLivesMatter