And you wonder why people think Cops are racist.

Two clips on this incident. The first from a guy in Texas –

This one from Cenk –

Posted by btx3 on September 12, 2017 in BlackLivesMatter, Domestic terrorism, The Definition of Racism, The New Jim Crow 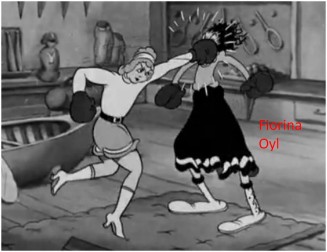 Well – looks like I made it through the Hurricane with no major damage. Considering my home is on the ocean in an area which took a straight on hit from the storm – that’s no mean feat. According to the local weather service we were blasted by 85-100 MPH winds, and got considerably more than the 4-8 foot storm surge predicted at High Tide.

"House Moving" on the Eastern Shore is a Little Different Than You May be Used to.

Result this trip was a few shingles knocked off, and about 2′ of ocean nder the house at high tide. Since the house was (actually, the mover and I re-designed it with state of the art siding, roofing, and support structures) designed to withstand 140 MP Winds and a storm surge putting 8′ under the house without serious disruption or damage. So… Other than mucking out the “mud room” on the ground floor where I keep fishing gear and tools… I think we are OK.

Unlike the Hatteras North Carolina region of the Outer Banks, after a disaster in the late 1980’s with homes being washed away by the ocean, the Federal Government does not allow building on the barrier islands in my area anymore.  My house originally was located on one of the barrier islands, where a foolish builder had built a community, much like those on the Outer Banks. After the first half dozen or so houses got washed away by a new inlet (3 years, and roughly 20 houses into the project), it occurred to some folks that the reason folks didn’t build on the Islands in the “old days”…

Is that the Islands actually move every year.

Right at the 10 second mark of this video, you can see what happened to the nice houses – (and this is before the next storm buried them to their roofs.)

So they wound up moving all the houses back to the mainland, or in several cases demolishing them and removing all the materials. The move was the subject of a Mega Movers episode, where I think there is a shot of me in a ubiquitous Golf Shirt and Baseball cap helping to get the hydraulic system on the barge to work, and setting up crib blocks to slide one of the houses off the barge onto land along a temporary “railroad” track set up for the job.

The Outer Banks have been a 50 year struggle against the propensity of those Islands to move… The Ocean always wins.

Folks up there in New Hampshire and Vermont – My heart goes out to you!

Republican Try and Bring Back Jim Crow… Against College Students 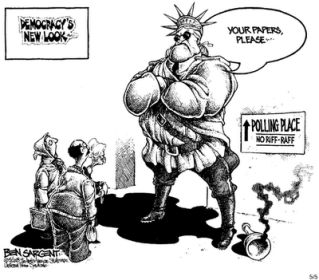 How Republicans Plan to Stop the "Wrong People" From Voting

While Wisconsin, New Hampshire, and North Carolina Republicans are in the forefront of this effort to disenfranchise younger voters, and in North Carolina’s case, black voters – this is a battle which will likely rage in other states like Texas, which is rapidly moving to a majority minority population.  Republicans don’t want minorities and college kids to vote…

Simply because they tend to vote Democrat, and are progressive on issues.

This really does take on a lot of the aspects of the Civil Rights battles, the Poll Taxes, Literacy Tests, and outright intimidation through violence that the ideological forbears of today’s conservatives utilized to prevent minorities from voting in the South after Reconstruction – and until 1965.

The bottom line being – conservatism can’t win if everyone votes.

In states, parties clash over voting laws that call for IDs, limits on where college students can cast ballots

New Hampshire’s new Republican state House speaker is pretty clear about what he thinks of college kids and how they vote. They’re “foolish,” Speaker William O’Brien said in a recent speech to a tea party group.

“Voting as a liberal. That’s what kids do,” he added, his comments taped by a state Democratic Party staffer and posted on YouTube. Students lack “life experience,” and “they just vote their feelings.”

New Hampshire House Republicans are pushing for new laws that would prohibit many college students from voting in the state – and effectively keep some from voting at all. END_OF_DOCUMENT_TOKEN_TO_BE_REPLACED

Wee-Weenie Syndrome – Needing a Gun to Go To Church, a PTA Meeting… Or to See The President

Here is a moron who came “strapped” to the President’s Town Hall Meeting yesterday in New Hampshire, carrying a threatening sign – “Now is the time to water the tree of liberty”. Those of you familiar with Thomas Jefferson’s quotes would know that the Tree of Liberty is “watered” with blood.

Quite frankly, when I first saw this on the news, I was voting for the Secret Service to remove this moron from the gene pool with a 7.62 between the beady eyes…

Not surprisingly, from the same group of folks, this:

A swastika was found Tuesday painted on a sign outside Rep. David Scott’s district office, an act the Georgia Democrat said reflects an increasingly hateful and racist debate over health care and should serve as a reminder for people to tone down their rhetoric.

Scott’s staff arrived at his Smyrna, Ga., office Tuesday morning to find the Nazi graffiti emblazoned on a sign bearing the lawmaker’s name. The vandalism occurred roughly a week after Scott was involved in a contentious argument over health care at a community meeting.

Scott, who is black, said he also has received mail in recent days that used N-word references to him, and that characterized President Barack Obama as a Marxist.

“We have got to make sure that the symbol of the swastika does not win, that the racial hatred that’s bubbling up does not win this debate,” Scott said in a telephone interview. “There’s so much hatred out there for President (Barack) Obama.”

A moderate Democrat who represents a majority-white district near Atlanta, Scott said he thinks the racism is isolated but can’t be ignored. He said the swastika probably was intended as a warning. He hopes it instead persuades reasonable people to maintain a more substantive debate over health care changes.

Posted by btx3 on August 12, 2009 in Stupid Republican Tricks