If the protesters can pull this one off, it has the ability to break the Chumph and the Republican’s illegitimate government.

You get 50 million protesting and it’s the end of not only the illegitimate Chumph…But any possible mandate or legitimacy of the Republican majority Congress. 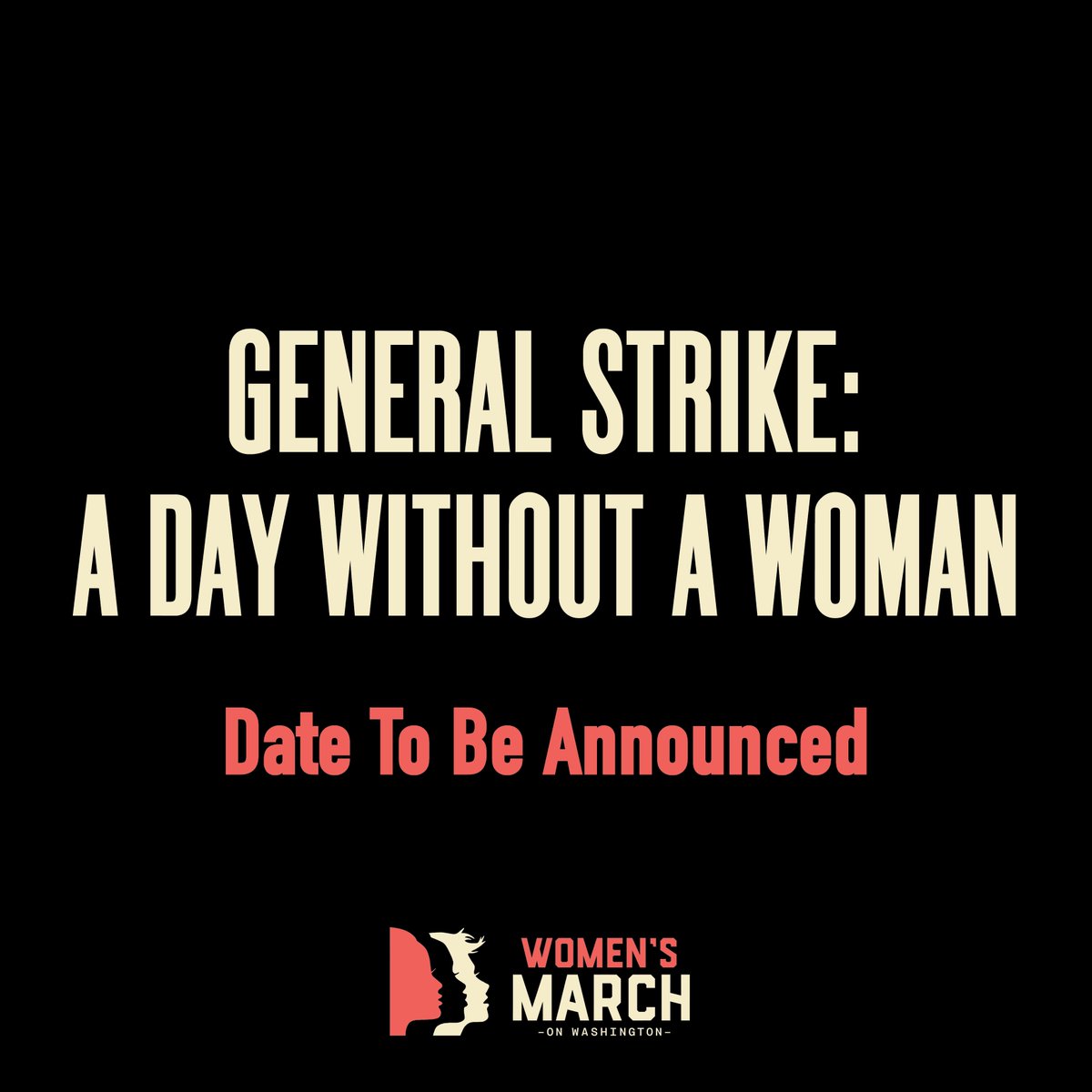 The group that organized the Women’s March on inaugural weekend is calling for a mass strike in opposition of President Trump.

In social media posts, the group announced a strike on a date yet to be determined and provided no other details.

On the day after Trump’s inauguration, more than three million Americans nationwide took to the streets to demonstrate their dissent against the new president. Washington, D.C., the epicenter of the Women’s March, drew around 500,000 protesters, a turn out so large that it engulfed the entire march route.

On the official website of the Women’s March, a note thanks the millions of people from “around the world” who showed solidarity that day.

“Thank you to the millions of people around the world who, on January 21, came together to raise our voices,” the website said. “But our march forward does not end here. Now is the time to get friends, family and community together and make history.”

The announcement on Monday of an upcoming general strike reveals the next big plan the group has in store for the Trump administration. A strike of a national scale would be unprecedented in modern U.S. history. Last year, in India, public sector workers went on a 24-hour nation-wide general strike against the government’s economic policies.

People on social media seemed receptive to the idea of a nationwide strike.

It Grows! Going after the big networks takes a bit of a concerted effort…But coming to your radio soon…

Hackers have been targeting a bug in a particular low-power FM radio transmitter to play the YG and Nipsey Hussle song “F–k Donald Trump” live on air on more than a dozen local radio stations around the country. The attacks take advantage of a vulnerability that was disclosed in April 2016, but that many stations still haven’t addressed. The vulnerability occurs when a certain model of Internet-connected transmitter doesn’t have a strong password restricting access and isn’t behind a firewall or VPN. The stations that use the equipment are all small-radius, low-power FM stations, though, so “F–k Donald Trump” probably won’t be coming to larger networks any time soon.

Another success in taking your money away from Trump Nazis. The wallet is powerful force in eliminating fascism

Another Chumph supporter, this one the President of Uber, learns a financial lesson about the difference between the cities, and the great dead red zone. You have a product dependent on the multi-cultural, multi-racial urban market…Then you better not stand with bigots.

The CEO of Uber, Travis Kalanick, has resigned from President Trump’s economic council made up of U.S. business leaders. His resignation comes after a consumer campaign to boycott the ride hailing company because of Kalanick’s association with the Trump administration.

In an email to staff, obtained by NPR, Kalanick said, “Joining the group was not meant to be an endorsement of the President or his agenda but unfortunately it has been misinterpreted to be exactly that.”

Since Trump’s executive order banning immigrants from seven majority-Muslim countries came down last week it has sparked widespread protests. Many Uber customers were outraged when Uber lowered its prices while taxi drivers were on strike at New York City’s JFK airport over the order. The price drop was perceived as a move to take advantage of the strike and draw business away from the taxis. Uber denies this was the case. But, it helped fuel a Dump Uber campaign.

In Kalanick’s email to employees the CEO pointedly rejected any ban on immigrants or refugees. He wrote: “The executive order is hurting many people in communities all across America. … Immigration and openness to refugees is an important part of our country’s success and quite honestly to Uber’s.”

Trump’s council is made up of some of the wealthiest chief executives in the country — among them: Mary T. Barra of General Motors, Robert A. Iger of Disney and Virginia M. Rometty of IBM.

Another reason to buy a Ford, get a Dell, and not go to Disneyland after the Superbowl.

The battle in Wisconsin is getting ready to go nationwide, as Koch funded Republican Fascists try and destroy Unions…

Long past time to fight back.

Seats on one side of the Indiana House were nearly empty today as House Democrats departed the the state rather than vote on anti-union legislation.

A source tells the Indianapolis Star that Democrats are headed to Illinois, though it was possible some also might go to Kentucky. They need to go to a state with a Democratic governor to avoid being taken into police custody and returned to Indiana.

The House was came into session twice this morning, with only three of the 40 Democrats present. Those were needed to make a motion, and a seconding motion, for any procedural steps Democrats would want to take to ensure Republicans don’t do anything official without quorum.

With only 58 legislators present, there was no quorum present to do business. The House needs 67 of its members to be present.

House Speaker Brian Bosma said he did not know yet whether he would ask the Indiana State Police to compel the lawmakers to attend, if they can be found.

Today’s fight was triggered by Republicans pushing a bill that would bar unions and companies from negotiating a contract that requires non-union members to kick-in fees for representation. It’s become the latest in what is becoming a national fight over Republican attempts to eliminate or limit collective bargaining.

Gov. Mitch Daniels had warned his party late last year against pursuing so-called “right to work” legislation. While he agreed with it philosophically, he said it was a big issue that needed a state-wide debate and noted no Republican had run on this in the November election.

But now that his party is pursuing it, Daniels has not spoken against it. He has so far issued no statement, has held no news conference and has not been interviewed by any Indiana reporters in the Statehouse. Daniels did do a radio interview Monday with National Public Radio in which he discussed the labor fight which has caused a government stalemate in Wisconsin — where Senate Democrats have fled to Illinois to prevent a vote on a bill that limits collective bargaining –a now, apparently, his state.