Well Wishes for Tower of Power’s Garibaldi and Van Wageningen

Two members of the Tower of Power band were hit by a train this morning, and are hospitalized. Prayers and well wishes for a recovery.

Two members of Tower of Power, a group that has been an R&B institution for nearly 50 years, were hit by a train as they walked across tracks before a performance in their hometown of Oakland, but both survived, their publicist said.

Calling it an “unfortunate accident,” publicist Jeremy Westby said in a statement that drummer David Garibaldi and bass player Marc van Wageningen are “responsive and being treated at a local hospital.”

Garibaldi has been with the group since 1970. Van Wageningen is substituting as bass player.

“We are monitoring their situation directly with the hospital,” band manager Tom Consolo said. “We will update everyone tomorrow but for tonight we ask that you send your prayers.”

Without identifying them, the Oakland Fire Department said that two pedestrians were hit by a passenger train at Jack London Square about 7:30 p.m. Thursday and taken to a hospital.

The accident was near Yoshi’s, a jazz and R&B club where the group had been scheduled to play two shows Thursday night. Both were canceled.

Yoshi’s General Manager Hal Campos told CBS San Francisco Bay Area he called 911 and stayed with the two injured men until help came. They were both unconscious and appeared to have broken bones, Campos said.

“We don’t know if they didn’t hear the train. We don’t know how this tragedy happened but we’re very, very sad about this. The band is emotionally destroyed … all of us worked with them for days now and many years, it’s really sad,” Campos said.

It wasn’t clear why the men were on the tracks, but pedestrians often need to cross them in the area with trains running across and in between streets, including right outside Yoshi’s.

Tower of Power, a band of about a dozen members, most of them horns, has been beloved members of the R&B and pop communities since forming in Oakland in 1968. The group and its rotating cast of musicians have recorded behind many far more famous names including Elton John, Otis Redding, Aerosmith and Santana.

They were also a national TV fixture in the 1980s with frequent appearances on “Late Night With David Letterman.”

Tributes and well wishes were quickly emerging on Twitter, including one from pop star and drummer Sheila E., who tweeted “Pleez pray for my frenz.”

From back in the day….

The Clowning Turns Off Republicans

The world is full of complexities, which cannot be either solved or explained away by one liner appeals to bigotry. Once upon a time the Republican Party had real leaders, and even if you disagreed with them on issues, these were honestly held opinions on making our country better,

That time is past.

The bozo brigade in the Clown Bus are pissing off  lot more than blacks, HIspanics, and Muslims.

What on Earth Is Wrong With the Republican Leadership?

Some of that substance has just manifested itself in the form of calls, emails and letters to the Military Religious Freedom Foundation (MRFF), for which I am an advisory board member, having taken the place of Glen Doherty, a former Navy SEAL who was killed, sadly enough, in the same attack that took Ambassador Chris Stevens’s life near Benghazi, Libya in 2012.

This correspondence to the MRFF left no doubt in anyone’s mind who read or listened to it that many if not all of the Muslim soldiers, sailors, airmen and Marines in the U.S. Armed Forces found the Republican candidates’ pandering utterly despicable. Moreover, they found it extremely harmful in light of the fight against terrorists like ISIS/ISIL in which the military is intimately involved, operations in Afghanistan and Iraq as well as in Africa and elsewhere, and in terms of damage to the pride and respect afforded Muslims in the ranks. In short, such remarks — or the lack of a countering remark by one particular candidate, Donald Trump, when Muslim integrity and citizenship were questioned in his presence — left most of these warriors questioning the Republican Party’s credentials, indeed its character, for leading this country from the White House or the Congress.

That there is a well-financed campaign in America to discredit Muslims in general is shocking, to be sure, but at least historically understandable: America has always had such racial hatred, religious bigots, and otherwise mentally-impaired people. But for the highest ranks of one of the nation’s principle political parties to appear publicly to condone such tactics is something quite new. Senator Joseph McCarthy might have gotten Eisenhower’s attention sufficiently to shake his hand in Milwaukee when Ike was campaigning there in 1952, but that was as far as it went. Ike reviled McCarthy and everything for which he stood.

And Senator John McCain, at a campaign event in 2008, demonstrated quite superbly how such hateful remarks should be treated, swiftly and powerfully, when he answered a woman who questioned President Obama’s religion and ethnicity and said: “No ma’am, no ma’am, he’s a decent family man, citizen that I just happen to have disagreements with on fundamental issues, and that’s what this campaign is all about.”

Not so with some of the current crop of Republican candidates.

Donald Trump, the front-runner, failed to challenge a questioner last Friday who wanted to know when the U.S. could get rid of its Muslims. Trump also failed to rebut an assertion — once again — that president Obama is a Muslim.

Dr. Ben Carson seems to be trying to crawl out from under his statement that a Muslim should not be president (and the innuendo that accompanied such a remark in the minds of the Americans who still believe Obama to be a Muslim). But he is not making a great deal of progress.

Indeed, as the wolves circle around these candidates, each seems to be rethinking the extremes they have visited to create a following, to excite “the Base,” and to raise their and the media’s ratings. But none of them seems to have a clue as to what his remarks mean to the men and women in the military. This is particularly unconscionable for Dr. Ben Carson. He might not have been in the combat arms in the Army but he did wear the uniform and should know better.

As a Republican, I am utterly ashamed of my party. As a soldier for 31 years, I am disgusted with these “courageous” candidates, none of whom has served a day in the Infantry in their lives. As a citizen, I am deeply concerned for my country.

I can only take solace from the clear reality that none of them will ever win the White House.

Lawrence Wilkerson is a Visiting Professor of Government and Public Policy at the College of William and Mary. He was chief of staff to Secretary of State Colin Powell in the first George W. Bush administration. He served 31 years in the US Army.

A white supremacist has made a call for a more “inclusive” KKK; one that would invite blacks and gays to join its ranks. John Abarr is a resident of Montana who says it is time to re-imagine what the KKK can be, and that means opening its doors to everyone. He says that white supremacy is the “old” version of the group and that it is time for the Klan to progress.

Not everyone is buying Abarr’s story, though. Some say he is in it solely for his own political gain after a failed bid for a seat in Congress. Montana Human Rights Network spokeswoman Rachel Carroll-Rivas says there is no way Abarr could have changed his deeply held beliefs that quickly.  Carroll-Rivas pointed out that Abarr has not yet apologized for the terrible pain he has caused to his community, and for that reason, she says, he is faking his new-found sentiments. Abarr is a well-known white supremacist and has previously been active in trying to spread his racist ideas.

Abarr met with the NAACP recently and spokesman Jimmy Simmons says that while Abarr may have had a change of heart about white supremacy, the wearing of white robes as symbols of the KKK and the usage of the same moniker “instills fear” in people.

It is not just human rights organizations that disagree with Abarr’s efforts to get his new group, Rocky Mountain Knights, off the ground. The KKK is quite unhappy about it as well. They say his new group is in direct violation of everything for which the KKK stands, and that the group would be a violation of the official organization bylaws. A spokesman for the group said that Abarr is making these statements as a publicity stunt to further his political career.

According to Think Progress, the Rocky Mountain Knights would be an inclusive group that would be open to black and gays but would still be extremely conservative and fight against a “one world government.” Abarr says the group’s purpose would be to stand for a “strong” America. 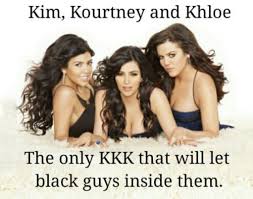 Experts say it would be highly unusual for a white supremacist to suddenly drop deeply-held convictions. Psychologists state that in general, people almost never change their minds about something they believe. According to Dr. Alex Lickerman, “Once we believe an idea we develop an emotional connection to it, not to mention a commitment to it—as if to a person—and often become attached to it with a strength we often don’t realize has little to do with the merit of the belief itself. And once we’re attached to anything—whether a person, place, thing, or idea—giving it up is extremely hard.” So, the concept of a white supremacist suddenly calling for an inclusive KKK and inviting blacks and gays to join may be just a bit far-fetched.

For now, Abarr says he will continue trying to bolster his new group. He says that the group is open to everyone ages 18 and above.  While Abarr seems dedicated to his cause, he might have quite a long road ahead of him when it comes to recruiting new members.

Posted by btx3 on November 13, 2014 in Domestic terrorism