This one burst onto the news scene about a week ago, I blogged on it in “A Good Officer Falls“. It seemed at the time to be the case of a murder of a Police Officer.

He may not have been murdered at all. Other sources are reporting that Lt Gliniewicz was only shot once, and that the coroner has refused to state where.

There is still more evidence to process, which may definitively prove things one way or another.

Illinois officer’s death may have been a suicide, evidence suggests 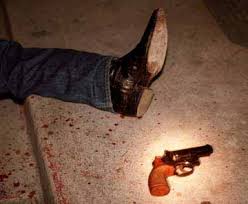 Illinois police are looking into the possibility that a Fox Lake officer’s death was a suicide, according to reports.

Fox Lake Lt. Charles (Joe) Gliniewicz, 52, was found mortally wounded after reporting he was chasing down three suspects with vague descriptions on Sept. 1. His death sparked a massive manhunt with 400 officers, but no arrests have been made and the suspects have not been found.

Authorities said they are investigating the case as a homicide. The Lake County Coroner, Thomas Rudd, said he couldn’t say whether it was a suicide, an accident or a homicide without further evidence.

“Every theory is being looked at,” Lake County Sheriff’s detective Chris Covelli told the Chicago Tribune. “Nothing has been eliminated at this point.”

Unnamed sources close to the investigation said evidence is mounting that the fatal shot was self-inflicted, according to the Chicago Tribune and Fox News.

Gliniewicz was shot twice, with one bullet hitting his Kevlar vest and the other bullet piercing his chest from a downward trajectory, sources told Fox News. Shell casings were found about 100 feet apart from each other near the body, which was found face-down.

His service weapon was found close to his body, which appeared to have no self-defense wounds, sources said. Ballistics and gun residue test results are expected to determine whether Gliniewicz was shot with his own weapon.

Police are also awaiting DNA tests to see if some found at the scene matches that in a criminal database.

Authorities discounted some of the reports claiming suicide was a possibility, claiming a disgraced retired cop served as one of the anonymous sources. They said Joseph A. Battaglia, 54, threatened police to rule the death a suicide and may have given reporters false tips.

But investigators have been clashing, the Chicago Sun-Times reported. Detectives, who have been tight-lipped throughout, called out Rudd for releasing information that could jeopardize the investigation last week. On Monday, they held a meeting with one of his employees without Rudd’s knowledge.

When a Good Cop Falls

I talk about the bad actions of some Police, and in the case of Ferguson,MO and Harris County, Texas – bad Police Departments. However – those departments and Officers are not the norm, which makes it even more frustrating the opposition to weeding the bad guys out. There are many, many decent folks who wear the uniform. When one falls doing his/her job, we owe them our respect and support in catching whoever did the crime.

Sad situation in Fox Lake, Illinois. A veteran Police officer was shot and killed by 3 men. Lt. Joe Gliniewicz’s death on Tuesday has left Fox Lake, a community of about 10,000 people in northern Illinois, with a huge void. The apparently well-loved officer left behind a wife and four sons. In a small community like Fox Lake, where typically it seems everybody knows everybody else, folks are particularly hard hit. As a side note, I have driven through that area, on my way from Chicago to Lake Geneva via Rt 12 to see friends, and even stopped there on the lake for dinner.

The lieutenant made the first call at 7:52 a.m. and called three minutes later to request backup. The backup units arrived at 8:01 and found their fellow officer dead, roughly 50 yards from his vehicle, at about 8:09, Filenko said.

Police continue to search for the suspects.

And yeah – I have added this one to my Domestic Terrorism folder.

Posted by btx3 on September 4, 2015 in Domestic terrorism

PHILADELPHIA – A white city police sergeant made up a story about being shot by a black man while on patrol last month and actually intentionally shot himself for unknown reasons, the city’s police commissioner said Tuesday.

Sgt. Robert Ralston, 46, confessed to making up the story and will have to pay the costs of the massive manhunt that followed, Commissioner Charles Ramsey said. Ralston has been suspended with intent to dismiss, but will not face criminal charges because granting immunity was the only way to obtain his confession, Ramsey said at a news conference.

The case was especially troubling, Ramsey said, because Ralston identified his supposed attacker as black. When Ralston confessed Tuesday, he said he made the claim so his story would be more believable, Ramsey said. END_OF_DOCUMENT_TOKEN_TO_BE_REPLACED