Considering what happened to Gawker a few months back, Faux News may want to put a muzzle on their “house negroes”. That “First Amendment defense got thrown out the first day.

Add this one to the list. If you follow the link to DeRay’s page and watch the video, the defamation case is pretty straightforward.

At some point Faux is going to have to reign in theif clowns.

A Black Lives Matter activist is suing Fox News host Jeanine Pirro for defamation after she claimed during an appearance on Fox & Friends that he directed someone to throw a rock at a police officer’s face.

Early this week DeRay McKesson—who was himself sued along with the Black Lives Matter movement by a police officer who was seriously injured in the incident at a Baton Rouge protest in 2016— filed the suit against Pirro.

The officer’s case was dismissed in September by a federal judge in Louisiana who ruled McKesson couldn’t be held liable for the officer’s injuries and that there was no evidence that he gave specific instructions to the unidentified protester who threw the rock.

A day after the ruling, Pirro—who hosts the show Justice with Judge Jeanine—appeared as a commentator on Fox & Friends and said “McKesson, the organizer, actually was directing people, directing the violence.”

.@JudgeJeanine, I was found not guilty & I didn’t direct any violence. In fact, I was protesting the violence of the police. Stop lying. 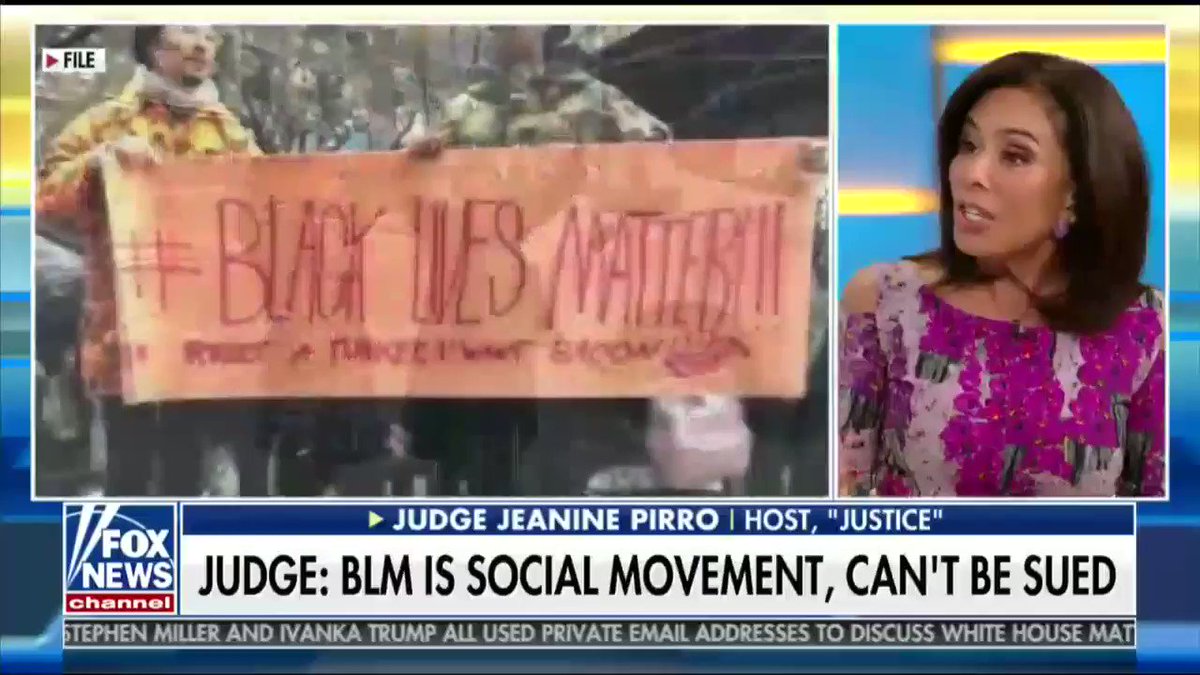 During the segment Pirro points out that the judge who dismissed the suit was appointed by former President Barack Obama, an African American. She claimed the ruling was motivated by politics and made by an activist judge.

McKesson claims that Pirro defamed him by making the statements while discussing the lawsuit after it had been dismissed.

“Defendant Pirro, a lawyer for over 40 years discussing a well-publicized matter, was aware that these outrageous statements were false and made them with the specific intention of harming Mr. McKesson,” his suit claims.

In September Pirro responded to McKesson’s concerns and questions about her statement from The Washington Post. “Based on 32 years in law enforcement, you can only be found not guilty after a trial. McKesson was not tried. I was quoting paragraph 17 and 19 from court documents,” she said.

Fox News claims that Pirro’s statements are protected First Amendment speech. “We informed Mr. McKesson’s counsel that our commentary was fully protected under the First Amendment and the privilege for reports of judicial proceedings. We will defend this case vigorously,” the network said.

Posted by btx3 on December 14, 2017 in BlackLivesMatter