Another Black Man Murdering Cop Gets Away in St Louis

Murder most foul as the state’s legal system declares war on black men.

This sort of thing is going to make police stops real dangerous – as the Cops in Missouri, backed by a racist justice system are no better than thugs, 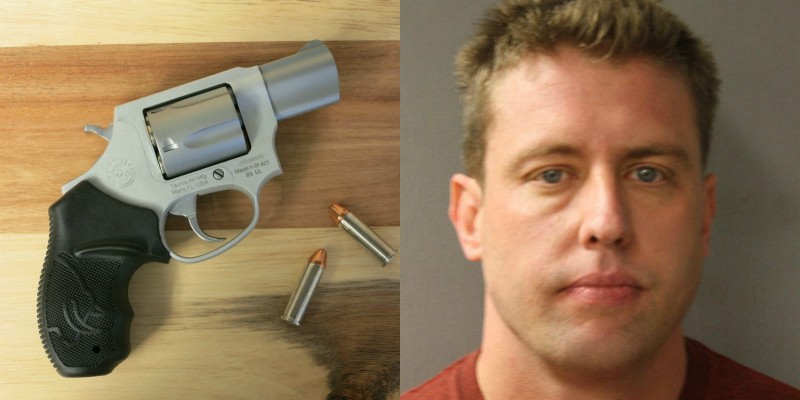 A Missouri judge on Friday found a white former St. Louis police officer not guilty of murder in the shooting death of a black man after a car chase in 2011, prosecutors said.

Officials feared the verdict could set off violent protests, as have similar deadly cases involving police and minorities around the United States in recent years.

Jason Stockley, 36, had been charged with first-degree murder, accused of intentionally killing Anthony Lamar Smith, 24, and planting a gun in his car. Stockley, who was arrested in May 2016, testified he acted in self-defense.

“This court, as a trier of fact, is simply not firmly convinced of defendant’s guilt,” the judge wrote in his ruling.

Wilson said prosecutors also asked the court to consider a lesser degree of homicide but they did not prove beyond a reasonable doubt that Stockley’s use of deadly force was not justified in self defense.

“A judge shall not be swayed by partisan interests, public clamor or fear of criticism,” the judge said, quoting the Code of Judicial Conduct.

Prosecutor Kimberly Gardner said in a statement she was disappointed with the verdict and believed she had presented proof that Stockley intended to kill Smith.

“However, in this case it was the judge’s duty to evaluate the evidence and deliver his findings,” she said. “That’s how our system works.”

St. Louis and state officials were braced for violent protests and racial tensions like those that followed the 2014 fatal shooting by police of unarmed black teenager Michael Brown in Ferguson, near St. Louis.

Activists were angry and disappointed by the verdict.

“I’m sad, I’m hurt, I’m mad,” the Reverend Clinton Stancil of the Wayman AME Church in St. Louis said by telephone. “But this was expected. We haven’t made any progress since Ferguson, that’s clear. Cops can still kill us with impunity.”

In recent years grand juries have declined to charge officers involved in the shooting of Brown and the choking death of Eric Garner, 43, in New York. Baltimore police officers also were not convicted in the death of Freddie Gray, who died from a broken neck suffered in a police van in 2015.

Jeffrey Mittman, executive director of the ACLU of Missouri, in a statement listed the names of several black people who have been fatally shot by police in different cities and said little has changed.

“In 2016, black males between 15 and 34 years old were nine times more likely than other Americans to be killed by law enforcement officers,” he said. “It is past time for Missouri and the country to say in one voice: ‘This cannot continue.’”

Missouri Governor Eric Greitens on Thursday put the National Guard on standby. Some schools called off classes and some events were postponed, according to local media.

Christina Wilson, Smith’s fiancée, pleaded at a news conference on Thursday evening for protesters to avoid violence if they demonstrate.

The verdict in St. Louis follows high-profile mistrials or acquittals of police officers charged in shootings in Ohio and Minnesota this year.

Authorities say Smith tried to flee from Stockley on Dec. 20, 2011, reportedly after Smith was involved in a drug deal. During a pursuit, Stockley could be heard saying on an internal police car video that he was going to kill Smith, prosecutors said.

Stockley, riding in the passenger seat of a patrol vehicle with his personal AK-47 in one hand and department-issued weapon in the other, shot at Smith’s car, according to St. Louis Circuit Attorney’s Office spokeswoman Susan Ryan and charging documents. Stockley and his partner chased Smith at speeds exceeding 80 miles per hour (129 kph), the documents said.

At Stockley’s direction, the driver of the police car slammed into Smith’s vehicle and they came to a stop. Stockley then approached Smith’s car and shot him five times, court documents said.

Stockley’s lawyers said he fired in self-defense because he believed Smith was reaching for a gun but prosecutors said the only gun recovered from the scene had only Stockley’s DNA on it.

Posted by btx3 on September 15, 2017 in BlackLivesMatter, The Definition of Racism, The New Jim Crow