Going back to the days of the Civil Rights Movement when Police spied on, persecuted, and murdered black leaders…

For the first time in American history, a Black woman has been convicted of “lynching.”

Last week, a California judge sentenced Jasmine Richards, a 28-year-old Black Lives Matter activist to 90 days in jail for lynching, defined in California as “the taking by means of a riot of another person from the lawful custody of a police officer”, reports Vox.

The conviction stems from an incident that took place last August, in which police were called because a Black woman had been accused of exiting a restaurant without paying.

As police attempted to arrest the woman, Richards, who was nearby at a Black Lives Matter protest, approached the officers. Video shows Richards standing by the woman, but police claim she was trying to pull her away.

Richards was arrested and charged with delaying and obstructing peace officers, inciting a riot, child endangerment and lynching.

Though other African-Americans in the state have been charged with lynching, Richards is the first to be convicted. Lawyers for Richards say that this is an attempt at silencing the activist.

“Clearly this is a political prosecution,” her attorney, Nana Gyamfi said to Vox. “Its intention is to stop people from organizing and from speaking out and challenging the system. There’s a political message that’s been sent by both the prosecutor and the police and, by conviction, the jury.”

Posted by btx3 on June 9, 2016 in BlackLivesMatter

Using a law to protect minorities against them…Not a single black person on the “jury”…Again. 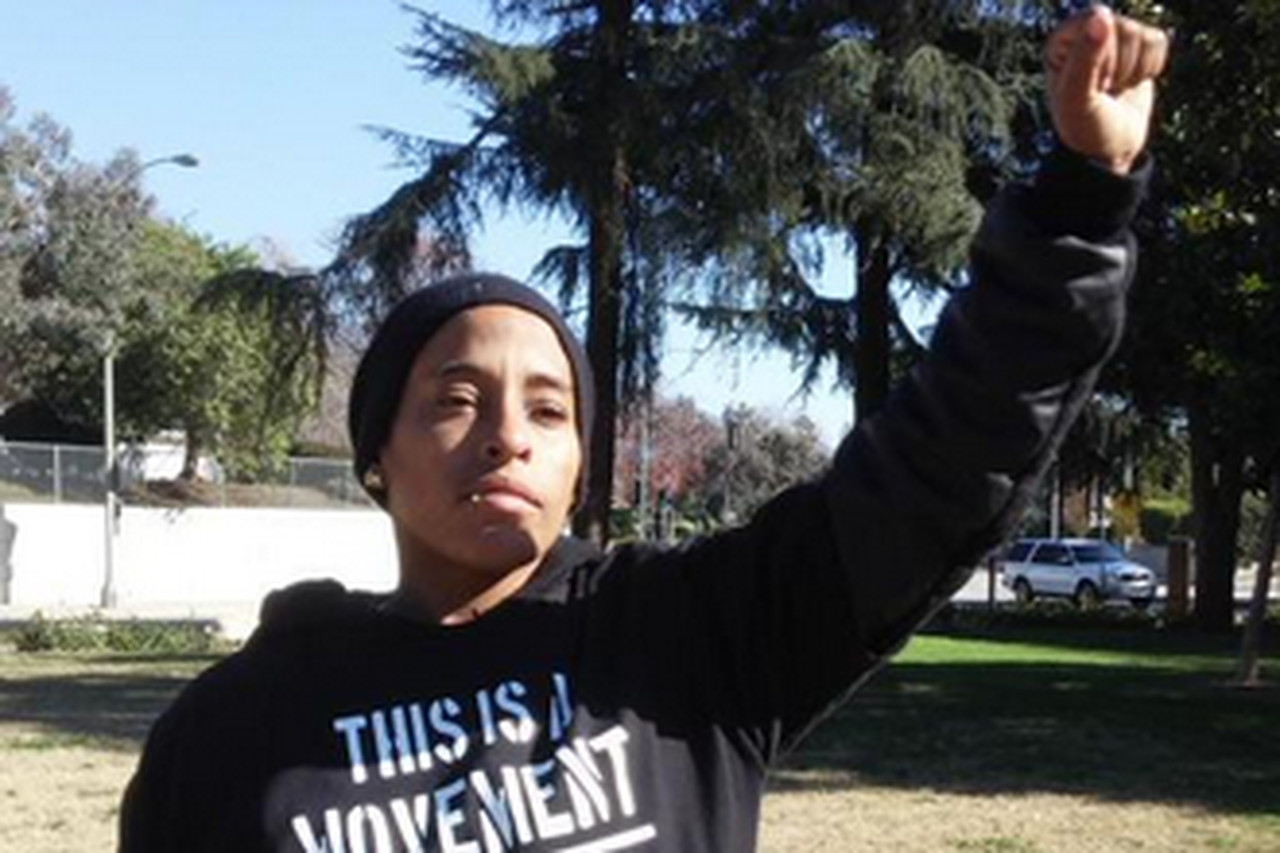 A court ruling in Pasadena, California, last week just set an unsettling precedent in the movement for black lives’ fight against police brutality.

Activist Jasmine Richards, a 28-year-old black woman and founder of Pasadena’s Black Lives Matter chapter, was convicted of felony lynching, a technical term in California penal code referring to “the taking by means of a riot of another person from the lawful custody of a peace officer.” Her sentencing is June 7.

On August 29, 2015, police responded to a 911 call after an altercation at a local park. The owner of a restaurant near the park told police an unidentified young black woman allegedly did not pay for her meal. Black Lives Matter supporters, including Richards, were already at the park after a peaceful protest earlier that day for Kendrec McDade, a 19-year-old unarmed black teenager who was killed by Pasadena police in 2012.

Video of the incident shows Black Lives Matter supporters, including Richards, run to the woman’s side as police attempt to arrest her. Richards was arrested two days later for trying to physically pull the woman away from police.

Richards was initially charged with inciting a riot, child endangerment, delaying and obstructing peace officers, and felony lynching. When the court announced the June 1 trial date, only the lynching charge remained.

Richards is not the first modern protester to be charged with lynching. Maile Hampton, a 20-year-old black woman, was arrested for “lynching” during a rally against police brutality in Sacramento in April 2015. Occupy Oakland activists Tiffany Tran and Alex Brown were charged in 2011, and Los Angeles Occupy activist Sergio Ballesteros was charged in 2012 for lynching while intervening in an arrest at the local Artwalk.

But in other cases, the charges were later dropped. Richards is the first African American convicted of “lynching” in the United States.

“Clearly this is a political prosecution,” Richards’s attorney, Nana Gyamfi, told Vox. “Its intention is to stop people from organizing, and from speaking out and challenging the system. There’s a political message that’s been sent by both the prosecutor and the police and, by conviction, the jury.”

The history behind California’s “lynching” law

Lynching typically refers to a violent Jim Crow–era tactic used to terrorize black communities. However, the language of California’s penal code does not speak to this history of racial violence specifically. It’s one of the reasons Gov. Jerry Brown removed the term from the state’s criminal code in July 2015 following Hampton’s arrest.

California’s anti-lynching law was enacted in 1933. That year, a vigilante mob of 10,000 people stormed a San Jose jail to seize Thomas Thurmond and John Holmes, two white men, who confessed to kidnapping and murdering of 22-year-old Brooke Hart, the son of a local storeowner. Tear gas did not stop the mob, and police guards were attacked.

After plucking them from the jail, the mob hung Thurmond and Holmes from trees in a nearby park. According to a 1933 report, Thurmond was “yanked to his doom in less time than it takes to tell it.”

No one was charged for Thurmond and Holmes’s deaths. Gov. James Rolph Jr. wasnationally criticized for condoning the vigilante violence. Still, Rolph signed an anti-lynching law, which was one of several passed by state lawmakers during that time.

The law was passed at a time when people were pressuring the federal government to intervene to stop vigilante lynchings of African Americans. In July 1922, the NAACP lobbied for a federal anti-lynching bill that was ultimately filibustered by the Senate. This would continue throughout the 1920s and ’30s. The last thorough national anti-lynching bill was introduced in 1937, and was similarly squashed. In fact, the Senate record was so bad that it approved a resolution in 2005 apologizing for its willful failure to act.

In the 1930s, California’s anti-lynching law was a sign of progress at a moment when the federal governmental failed to intervene.

Today, when activists like Richards are charged with “lynching,” this progressive law appears to be exploited to quell, not encourage, social change as it was originally intended….Read the Rest Here…

Posted by btx3 on June 6, 2016 in BlackLivesMatter