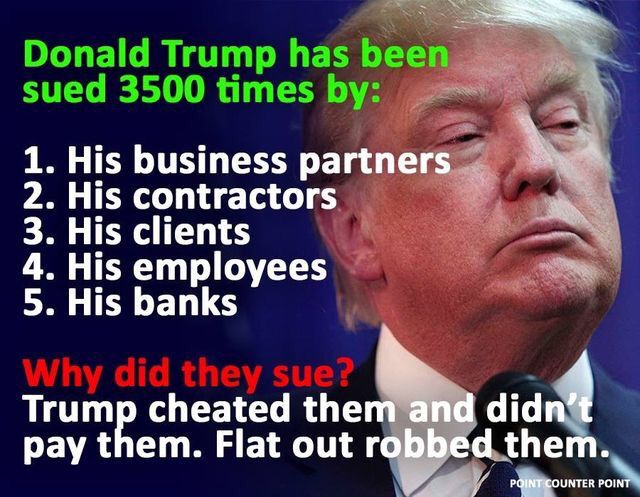 Thanks, Dad! Trump Name Becomes Toxic Even for His Kids

The Chumph has not only killed his Hotel business…He’s killing his daughter’s business too!

Donald Trump’s name is so toxic that it has harmed his own businesses or hotelsfor whom he has leased his name. But now that Trump name is beginning to have a huge impact on the rest of the family.

Just last month, the social media app FourSquare revealed data showing the decrease in foot traffic at Trump-named properties. The numbers were even lower for women, who are avoiding Trump brands in larger numbers.

This weekend, Raw Story explained how one woman’s boycott of Ivanka Trump’s fashion line and accessories has promoted other woman to respond in kind.

But that boycott has been turned into actual numbers. According to a Fortune report, fewer than one in four women would buy anything from Ivanka Trump’s brand. It’s unclear whether the boycott was the culprit or the bad press over the last year, but women don’t want Trump, whether for president or to wear on their bodies.

I’m Ben Carson…And I Have Cable…

Rather mean joke going around the Internet…

While the article here, that I saw this in decided the basis of the joke was Mrs Carson vs First Lady Obama’s class and looks, and Vera Wang vs Betsy Ross outfits…The joke picks up a few more points than that. President Obama’s tux, his class and ability to speak, and Presidential carriage and command.

It is a lot more than just the pretty lady on his arm.

What I find interesting is MSNBC’s choice of black women to talk about this. Sophia Nelson, a Black Republican is a frequent contributor to Booker Rising, a black conservative site.

Somehow, I think no matter which way you changed the races of the actors – that can of Pepsi would have been flying…