First he came for the Haitians…

Trump moves toward deporting 200,000 longtime immigrants from El Salvador — and, no, they’re not “illegal”

Since Donald Trump kicked off his presidential campaign in 2015 by declaring that Mexican immigrants to the United States are “rapists” and are “bringing crime,” he and his supporters have tried to deny that his opinions on immigration are shaped by racism. Instead, they’ve tried to argue that it’s only illegal immigration that Trump opposes. Trump has even claimed that his proposed wall on the Mexican border would have a “big, very beautiful door because we want the legals to come back into the country.”

Once Trump was in office, however, it became clear that his immigration policy would primarily be shaped around ejecting as many nonwhite, non-English-speaking people as possible. The White House has systematically targeted certain groups of  immigrants who have legal status for deportation, through the travel ban placed on Muslim countries (which initially applied to green card holders), rescinding protections for DACA recipients and more recently the targeted attacks on immigrants with Temporary Protected Status (TPS), who are allowed to live in the United States under a law signed by George H.W. Bush in 1991.

On Monday, the Trump administration revoked TPS from 200,000 Salvadorans, a group of people that has lived and worked here for 17 years, and in many cases have children who know no other home but the United States. This is the biggest move yet to give lie to the notion that Trump is fine with legal immigration. Instead, it’s becoming apparent that a lightly veiled version white nationalism is the guiding ideology behind Trump immigration policies. Earlier, Trump has revoked TPS from 2,500 Nicaraguans and 60,000 Haitians.

“Over the 17 years that they’ve had TPS, they have been routinely and regularly vetted by the government,” explained Royce Murray of the American Immigration Council, during a Monday press call. “They’ve been vetted 11 times, submitted to background checks and security checks to ensure that they do not present any public safety concerns.”

“I kind of see it as low-hanging fruit,” said Mark Drury, an executive at Shapiro & Duncan, a construction company that employs a number of TPS workers. He noted that undocumented workers “are a lot harder to find” than people who have legal status, after all, and that kicking out people who have “done all the right things” is a much easier task for the Trump administration.

“All my plans for the future just ended,” said Christian Chavez Guevara, who has lived in the U.S. with TPS status for 17 years. Holding back tears, he added, “I don’t want to take my daughter, none of my kids, to a violent environment.”

Salvadoran immigrants were given protected status after an earthquake in 2001, but as Chavez Guevara’s statements make clear, the more pressing concerns in 2018 are economic instability and crime. Right now, the State Department has a travel warning in place for El Salvador, noting the country “has one of the highest homicide levels in the world and crimes such as extortion, assault and robbery are common.” But the Trump administration declined to take those facts into consideration, simply declaring that enough time had passed since the earthquake that it was safe for these immigrants to return home.

Frank Mora of the Kimberly Green Latin American and Caribbean Center strongly disagreed, arguing that returning all these people to El Salvador “stokes the conditions that actually trigger the instability, the violence and the migration from El Salvador to the United States,” which runs directly counter to the Trump administration’s stated goals.

Remittances — money sent by immigrants back to family and friends in El Salvador — make up 17 percent of that nation’s GDP. Sending all those people back to El Salvador and cutting off that source of income, Mora warned, would exacerbate economic insecurity and likely lead to an escalation of crime. In turn, that will cause more people to leave the country and enter the United States without documentation.

“Four million Americans turn 18 each year and begin looking for good jobs in the free market,” Munro writes. “But the federal government inflates the supply of new labor by annually accepting more than 1 million new legal immigrants, by providing work-permits to roughly 3 million resident foreigners, and by doing little to block the employment of roughly 8 million illegal immigrants.”

Drury begged to differ, saying, “Construction’s at full employment. There are not people sitting at home waiting to take the jobs that these folks are doing. We work hard every day trying to get more people into our industry.”

He added that these potential deportations mean that “El Salvador will get a better prepared work force arriving at their doors,” since most of these people have been building up work experience in the U.S. for years. These workers may well displace less experienced workers in El Salvador, he said, who may well come to the U.S. looking for work, likely as undocumented immigrants.

Attempts to make this debate about economics are best understood as a cover story for a racist agenda. As Matt Yglesias explained at Vox in April, “there is a fairly firm consensus that immigration raises incomes on average for native-born workers” and that inviting immigrants is an effective “strategy for national growth and national greatness.”

Trump and his supporters are clearly motivated by an urge toward ethnic cleansing, whether or not they clearly see it that way, and their economic arguments should be understood as a form of rationalization. The comment section at Breitbart News, full of racial slurs about “anchor babies” and “criminal invaders,” and claims that liberals want the United States to be a “Third World spillway,” make that clear enough. This is why it’s foolish for any liberal to hope the MAGA-hat crowd will turn on Trump after realizing he has broken his promises on taxes, jobs and health care. Mostly they voted for him so he would stick it to people of color, and that is one promise Trump has kept. 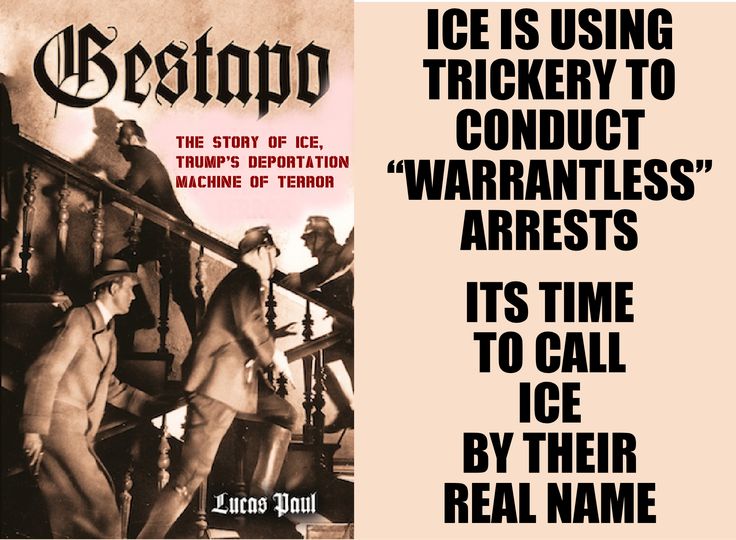 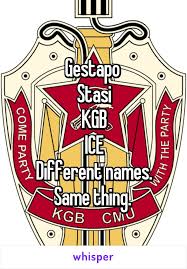 Here is a survivor of not only the Auschwitz Death Camp, but Dachau.