Uncle Herman Cain, the Rapist Sez the Chumph Not a Racist

You know things are getting desperate when Herman “Where’s the white wimmin” Cain  crawls out from his thoroughly disgraced rock to endorse you. Cain’s entire platform last election was built around telling racist Tea Baggers they weren’t racist and sexually molesting women.

Appearing at a Donald Trump rally in Atlanta on Wednesday, former GOP hopeful Herman Cain declared that the presumptive Republican nominee Donald Trump was definitely “not a racist.”

Taking a more serious tone, Cain announced that America was at a crossroads.

“This presidential campaign has been blurred by the liberals, blurred by the Democrats, blurred by the progressives — whatever they are — in order to try and label Donald Trump something that he’s not,” the conservative radio host opined. “Just in case the nightly news hasn’t heard or put this comment up there, I want to set the record straight.”

“Allow me to set the record straight about one of the biggest lies out there about Donald Trump — and I hope the liberals and the liberal media is listening — Donald Trump is not a racist!” Cain said, enunciating each syllable for effect.

Why Herman Cain had to disappear as a Republican Presidential candidate…

And here I thought he only knew about white wimmin!

Posted by btx3 on January 19, 2016 in Black Conservatives

Now, with Carson engulfed in a media firestorm over the details of his own biography, Cain said he saw it coming all along because the same thing happened to him.

Four years ago to the day, on November 10, 2011, it was Cain, not Carson, who led the national polls in the GOP primary.  Like Carson, Cain had no political experience, but had rocketed to the front of pack of political veterans on the strength of an inspiring life story and a record of success in the private sector.  But just as Cain rose to the top of the polls, Politico ran a story that two women had accused Cain of sexually harassing them while he was the head of the National Restaurant Association in the 1990s, a charge Cain denies to this day.

On November 11, 2011, Cain fell to second place in the polls against Mitt Romney.  Four days later, he had tumbled to third behind both Romney and Newt Gingrich, as more accusations surfaced against Cain and the GOP field marched on.

“I still get pissed off about this stuff and I’ll tell you why,” he said.  “Politico ran over 700 re-runs and recycled stories about accusations against me, 700, and there wasn’t any new news.  They didn’t try to dig and get the facts.”

Speaking about their Carson coverage, Cain called Politico “sneaky” and “dirty” for writing that Carson had admitted to “fabricating” a story in his book Gifted Hands, in which Carson said he had been offered a scholarship to West Point.  The Carson campaign said that he had never applied to West Point, but called the story “a flat out lie.” Politico later changed the story’s headline and added an editor’s note with more details from the Carson camp.

“Clearly Ben Carson did not lie,” Cain said.  “Politico lied because they said he fabricated a story, when in fact, they fabricated a headline.  At this point I think that Ben is winning this round.”

But reporters have continued to repeat Politico’s original report and go on to question Carson’s accuracy on a number of details in Gifted Hands.  Cain says that Carson has handled the controversies well, but that there is a larger dynamic at play in Washington journalism and politics.

Cain accused the media, many of whom he said are “liberal vultures,” of trying to destroy Carson — and predicted that Sen. Marco Rubio will be next.

But he reserved his strongest criticism for Politico alone.  “Too many people believe they are a credible news source when they are not,” he said.  “As a friend of mine told me, “If Politico says that your mother loves you, duck, because she might shooting at you instead.” 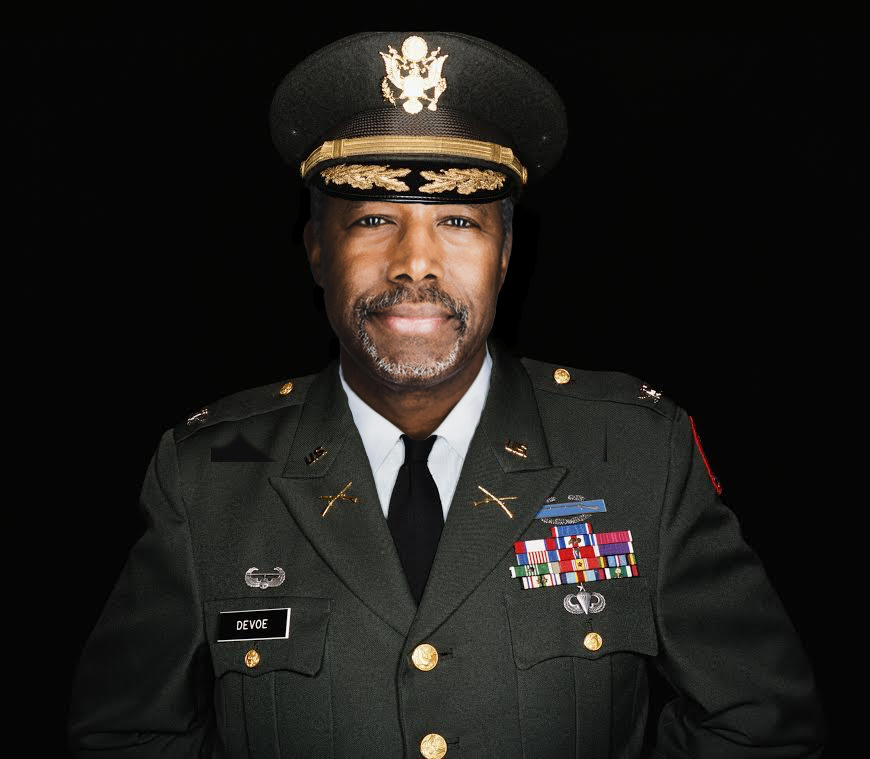 Uncle Ben and that lying problem…

Posted by btx3 on November 10, 2015 in Black Conservatives, The New Jim Crow

For readers not familiar with the terminology – a buckdance in black American vernacular  is a dance done by slaves for money or the approval of their white masters. The African American variation of which derived from the West Indies. The term has since been absorbed into the lexicon to mean a style of dancing, wherein a male dances by himself to show his skills. Clogging, a style of dance which derived from dance styles in Scotland and Ireland, which is performed to Bluegrass or Country style music has a variant where a man dances alone, typically using a sheet of plywood as a soundboard for his steps. It is an art style, and to be well done requires considerable skill.

Buckdancing in this post is the African American version – which is a racial pejorative synonymous with Uncle Tom.

Obviously Herman is buckdancing for white conservative ears, as he now has a new Radio show taking over for Neal Boortz. The fact that Herman is a sick, women molesting trick, who cheated on his wife for 20 years or more isn’t a problem for evangelical white conservatives ready to forgive his sins as long as he continues to put a black face on their racism.

Buck up Al – The Republicans didn’t win by cheating – they won by the Democrats failure to invest money in the election, AND, most importantly, their failure to make the case that Walker should be removed for unpopular politics – well short of any proven (to this point) criminal malfeasance. The donors apparently figured this out early – as did the DNC – and were noticeably absent in pouring money to counter the Republicans 7-1 spending advantage in the state.

This was not the stolen Florida Presidential Election of 2000 – they beat the Dems by 5 points – not 5 votes. Dems lost…Period. Guess what Al, black folks are so thin on the ground in Wisconsin, if you got 100% turnout… They (Walker) still won.

But what they did was legal.

As to Walker – with his former top adviser turning State’s evidence – he will be indicted in the John Doe fiasco in the next 30 days and out of office by the Presidential elections. So the Dems win anyway. Its the good citizens of the state who lost.

Once all the ugliness is done of having ended his campaign, he can come on home…

Sit in the Hot Tub with his favorite single malt, and let it all wash away…

While Gloria puts his favorite music on the stereo, and fixes him up with some of that home cookin’…

Starting with a big ol’ pot of hot grits!

Herman Cain said Saturday that he is suspending his bid for the Republican presidential nomination, choosing to end his campaign after weathering weeks of scrutiny over alleged sexual misconduct and accusations of an extramarital affair.

“As of today, with a lot of prayer and soul searching, I am suspending my presidential campaign,” Cain said at an appearance outside his campaign headquarters in Atlanta. “I am suspending my presidential campaign because of the continued distraction, the continued hurt caused on me and my family. Not because we are not fighters.”

Cain said he’s launching a “plan B” of his public career, a new policy-oriented website called TheCainSolutions.com. He said he will endorse a Republican candidate for president “in the near future.” His announcement could lead to the effective end to his campaign, but technically leaves open the option of reviving his bid for the presidency.

Those hot grits hit your ass, Herman… You WILL be suspending your philandering ways!

Republican presidential candidate Herman Cain told his staff Tuesday morning that he is reassessing his candidacy and will make the decision whether to remain in the race in “the next several days.”

Cain’s campaign has been plagued by sexual harassment allegations, and Monday a woman came forward alleging a 13-year affair with the candidate.

The Des Moines Register has more quotes from the Tuesday morning conference call. Cain reportedly told about 90 staff that the latest affair story might create “too much of a cloud” around his campaign.

He went on to deny the woman’s story as he did Monday when it broke.

Cain’s Iowa campaign chairman, Steve Grubbs, told the AP that the allegations have hurt Cain’s fundraising and taken a toll on his family. Still, Cain will continue his campaign for now and deliver a foreign policy speech in Michigan on Tuesday.

Top Republicans have called for Cain to drop out of the race:

“Cain is irrelevant, and the quicker he gets out of the race the better it will be,” said Ed Rollins, a longtime Republican strategist. “My fear is that he marches to the beat of his own drum and he may try to drag it on and deny and deny and deny. And my sense is that will likely be the pattern here. But there is no way he can be the nominee of our party. The quicker he gets out, the better for him and for us.”

Cain indicated Monday that he intended to remain in the race as long as he had the support of his wife, Gloria.

Tuesday the The Draft Herman Cain PAC, the Super PAC backing the candidate, abandoned him and changed its name to Beat Obama PAC.

Shaping up to be a really bad week for molesters and rapists with the Penn State explosion which has brought down one of the most storied dynasties in College Sports, recent accusations of a Coach at Syracuse molesting children…

Herman Cain’s campaign has asked for and received Secret Service Protection, reportedly due to a number of “death threats” received by the candidate – probably from his “base”. Hmmmmm… the piss-ants are revolting, but then again – so is their candidate. This wasn’t unpredictable.

Cain will be the first candidate in the race for the Republican presidential nomination in the 2012 election cycle to be placed under the protection of this federal law enforcement agency.

It is not yet clear why Cain is getting Secret Service protection.

Donovan told CNN that the Cain campaign requested coverage, and the review found that it met the criteria.

“We are appreciative of the extra level of protection provided by these elite professionals,” Gordon said.

Usually, the Secret Service begins protecting “major” candidates designated by an advisory committee, which consists of the congressional leadership, four months before the general election, according to guidelines outlined on the agency’s website.