Had at least 1/2 dozen folks email me this today to ask what I thought. Even popped up over at NewsOne. 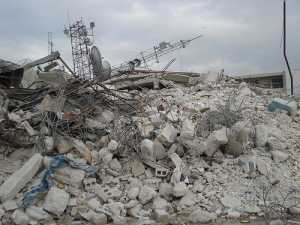 The earthquake that devastated Haiti also destroyed the nation’s feeble network for phones and Internet service. Except for cellphones, the population was largely cut off from communication.

But out of the rubble, one U.S. wireless industry pioneer sees opportunity.

John Stanton, founder of Voice Stream and former chief executive of T-Mobile USA, wants the Haitian government to forget about rebuilding its copper wire communications network. Instead, he thinks Haiti should go mobile.

“Necessity is the mother of invention,” Stanton said. END_OF_DOCUMENT_TOKEN_TO_BE_REPLACED