A magnanimous gift to Spelman College.

The founder and chairman of Barnes & Noble Inc. and his wife have given $1 million to Spelman College in Atlanta.

The college said it planned to use the gift from Leonard and Louise Riggio to fund a scholars program in his name, and to support its planned arts and innovation center. 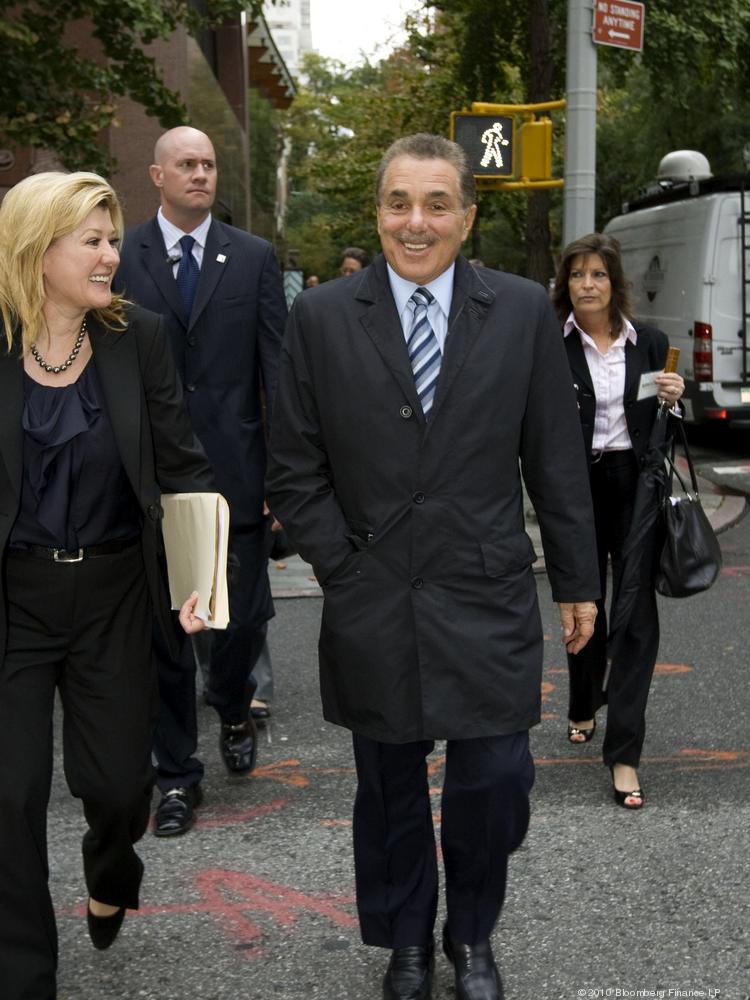 “From the moment I was surrounded by its warm embrace, I was head over heels in love with Spelman College, and especially with the beautiful people who study and teach there,” Riggio said of his visit to the college. “The whole of the place seems to have been lifted from the depths of our spirits, to the full realization of our hopes and dreams for a better America. If Spelman is not the paradigm of a great college, I do not know what is. The gift to the scholarship program and to the arts and innovation center from Louise and me commemorates one of the best days I’ve ever had.”

Half of the Riggios’ gift will be used to underwrite six outstanding Spelman students who have demonstrated stellar academic achievement and who are actively engaged in community service, the university said in a statement. The remaining $500,000 will be designated for the design and construction of an arts and innovation center that will house Spelman’s arts programs and Innovation Lab, which encourage creative collaborations at the intersection of the arts, technology, science and other liberal arts disciplines. Program planning for the facility is underway, according to the December announcement.

“Leonard and Louise Riggio have been longstanding supporters of education and the arts,” said Spelman President Mary Schmidt Campbell. “We welcome them as new donors to Spelman and welcome, too, their enthusiasm and faith in the values and mission of the College. Their generous gift supports the academic success of a group of talented, socially engaged students and, at the same time, helps the College launch the planning of a new facility that will encourage campus wide collaborations and community engagement.”

A Social Experiment Turns Into a Lesson On Character

This one is from the Prank Channel on Youtube. A prankster gives a homeless man $100…Then follows him to see how he spends it. What happens next will turn many people’s preconceptions upside down.

Oprah Walks the Walk – $6 Million in Grants to Schools

Think I had a discussion with a certain verbose black conservative a few days ago about walking the walk – instead of constantly suffering from diarrhea of the mouth. The fundamental difference between progressives and conservatives isn’t in “giving” – one can argue that some conservatives certainly stand up when it’s time to write a check for a good cause…

On Monday, September 20, Oprah Winfrey announced six surprise Oprah’s Angel Network grants to high-performing U.S. charter school programs on The Oprah Winfrey Show. The grants from the public charity were announced during the show, which featured the gripping new documentary,Waiting For “Superman”, as well as a candid discussion about why some of America’s public schools are failing and the potential movement to revolutionize them.

“I value nothing more in the world than education. It is the reason why I can stand here today. It is an open door to freedom. And we wanted to be able to, on behalf of the viewers, give you something to go back to your schools and make life better for the children in your schools,” Winfrey said as she handed the representatives from each of the six designated charter school programs an Angel Network check for $1 million.

The grants were distributed to the following charter school programs:

These charitable donations will support and enhance operations for these successful charter school programs. The six groundbreaking programs are leaders in providing quality public education.

Winfrey then acknowledged the home viewing audience, “I’ve been honored to have your trust over the years and I have kept my promise to spend your money on projects and programs that I deeply believe—that you believe also—can make a difference???I’m so proud of what we’ve all accomplished together.”

Oprah’s Angel Network has funded more than 200 grants and projects in more than 30 countries around the world in order to improve access to education, protect basic rights, create communities of support and develop leaders of tomorrow. The Angel Network was born from The Oprah Winfrey Show and its viewers’ desire to make a difference in the lives of others. As the funding part of the charity has drawn to a close, the spirit of the Angel Network will live on through the stories on its website. To learn more about the history of Oprah’s Angel Network, visitOprahsangelnetwork.org.