No black groups like BLM blowing up buildings, murdering white people randomly on the street, or murdering Cops? Armed white terrorist and racist groups filling the news with attacks?

Well…The FBI just went out and invented some. 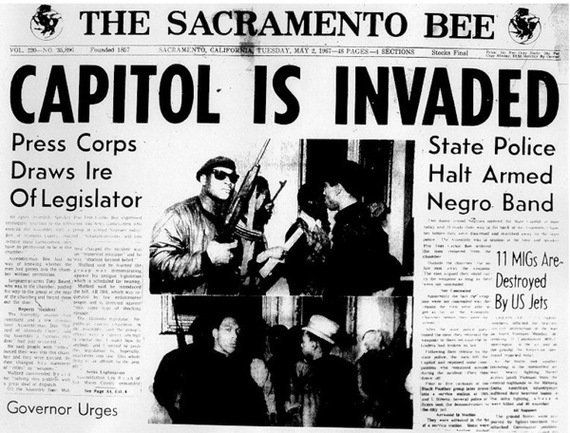 The FBI recently issued a report claiming that so-called “black identity extremists” were a terrorist threat on par with the American white supremacist movement — and some former counterterrorism officials are claiming that the bureau is simply conjuring a threat from thin air.

Foreign Policy, which obtained the FBI’s report, writes that the FBI is blaming “alleged” acts of police brutality for inspiring a new wave of anti-police violence among many black activists, whom it identifies as “black identity extremists.”

“The FBI assesses it is very likely incidents of alleged police abuse against African Americans since then have continued to feed the resurgence in ideologically motivated, violent criminal activity within the BIE movement,” reads a portion of the report.

However, one former counterterrorism official tells Foreign Policy that the BIE “movement” is something that the FBI seems to have been made up whole cloth.

“This is a new umbrella designation that has no basis,” the official said. “There are civil rights and privacy issues all over this.”

Michael German, a former FBI agent and now a fellow with the Brennan Center for Justice’s liberty and national security program, similarly said there was no concerted “BIE” movement, and that the FBI was simply creating a new term to link individual incidents of violence against police officers.

And former Department of Homeland Security analyst Daryl Johnson said, while he thinks there is some reason to be concerned about certain black separatist movements, it’s ridiculous to invent a completely new term for a movement that doesn’t exist, especially when it pales in comparison to the American white nationalist movement.

Read the entire report at this link.