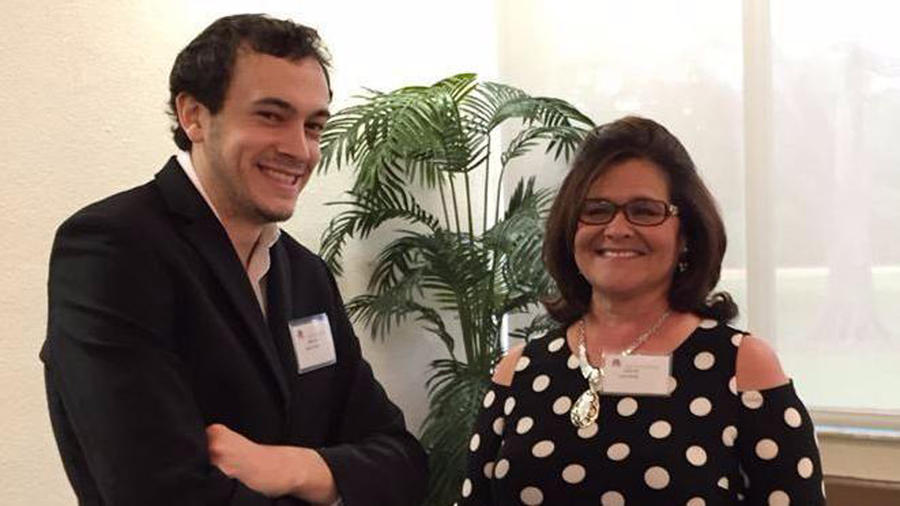 Alabama is another one of those stare which wants to pass laws regulating bathrooms, Voter ID’s, and other activities. Supposedly they are protecting children with the back to the stone age religious extremism. All the while ignoring the real threats…

An Alabama teacher who allegedly preyed on female students was also a convicted felon who took a leave of absence from the school to serve his prison sentence.

Phillip Smith III, of Birmingham, was indicted on federal gun charges while teaching social studies in 2004. Yet the school district never knew, even as the high school instructor took a seven-month leave to serve his prison sentence.

Now the 43-year-old is facing a lawsuit from the family of a female student, who claims Smith cornered her in class and solicited sex.

The complaint also alleges Smith operated a “sex for grades” scheme that targeted children who struggled in school. Birmingham City Schools and the city’s board of education, accused of negligence, are also defendants in the lawsuit.

“He kind of liked to dance around the classroom,” the unidentified student told AL.com, which first revealed the creepy teach’s tactics.

“My friends told me to have my boyfriend walk me to his class,” the girl added.

Smith allegedly put the moves on the student in December 2013, when he was administering a history exam at Huffman High School.

The convict teacher—who was also a women’s volleyball coach at the school—was later fired and criminally charged as a result of the girl coming forward, her attorney, Julian Hendrix told The Daily Beast.

While Hendrix’s client wasn’t sexually assaulted by Smith, authorities allegedly found a 14-year-old girl who was, according to a 2014 AL.com report.

Posted by btx3 on May 10, 2016 in Stupid Republican Tricks, Stupid Tea Bagger Tricks

How About Drug and Background Checks for Legislators?

I think we should conduct Drug Testing and Criminal Background checks on anyone elected to office – with the result that if they fail, or have a criminal background they not be allowed to serve. Why exactly do we have a system in which felons can’t vote…But they can serve office and be party to sensitive national secrets? One of the first things they do when you get a Security Clearance at any level in this country is a Criminal Background Check. You got a Felony…You don’t get a clearance…Period.

The Republican/Tea Party member in the following… Failed.

On Monday, the freshman legislator appeared in District Court, Providence, and was ordered held without bail for failing to appear in court in Massachusetts in 2008 on charges of eluding the police and three other motor vehicle violations. He spent the weekend at the Adult Correctional Institutions after the Rhode Island State Police learned that there was a warrant for his arrest stemming from the stop by the Massachusetts State Police on Route 195 in Fall River.

By the end of the day, he had been transferred to Massachusetts authorities, who released him on $1,000 bail, according to the Associated Press.

Court records from Fall River and Taunton, Mass., show that Gordon, 42, a Republican representing Portsmouth, Tiverton and Little Compton, has a serious arrest record. He has spent more than five months locked up in the Bristol County House of Correction in North Dartmouth, Mass., on charges of attempted murder, assault and battery with a dangerous weapon and for a assaulting and threatening to kill his girlfriend. END_OF_DOCUMENT_TOKEN_TO_BE_REPLACED

Yesterday I did a blog on Alan West, who is a black conservative candidate running in Florida’s 22nd District for the US Congress. West has raised a lot of money – most of it from donors out side the district as the only viable black Republican candidate for the past 10 years for a seat in the US Congress or Senate.

West was trash talking about demanding that Pelosi give up the gavel if he is elected.

According to an emerging series of stories, Alan West is very tough on folks who can’t fight back – in his fantasy case a woman, Speaker Pelosi.

So tough in fact, his Military career ended when he was offered the “broken sword” choice – retirement…

Or a Court Martial for torturing an Iraqi prisoner. Like everything dealing with “conservative heroes” there are two stories – the first from a conservative site –

Failure of Command – The case of Lt. Col. Allen B. West.

…around August 8, another member of the Fourth I.D. — an artillery officer and a veteran of the 1991 Gulf War — was assigned as a civil military-affairs officer in a hot zone in the Sunni Triangle. His job placed him in daily contact with local leaders, and his responsibility was to help them help the army, to run local elections, and stamp out the insurgents. The officer was told by the intel people that they had solid information, from three sources, about a plot to assassinate him. He wasn’t very concerned, his attention focused on a scheduled local election only a few weeks away. His boss told him to stay off the streets for a few days, and he did. Readying to go back out on patrol on August 16, the lieutenant colonel was stopped at the gate by some locals who wanted to talk to him. The patrol went on without him, and was ambushed. No Americans were hurt, but the officer was convinced of the plot. END_OF_DOCUMENT_TOKEN_TO_BE_REPLACED

Tapping, or tampering with a Congressman or Senator’s phones is a Federal Crime. A Felony punishable by 10 Years in prison and a $250,000 fine. There  is ample precedent for this going back to the days before cellular phone service was encrypted and digitized, where a couple managed to overhear and record a conversation by then House Speaker “Neut” Gingrich. The couple were fined $5,000.00 each – not because they were able to overhear the conversation (which was legal) – but because they recorded it.

Entering, or attempting to gain entry to a Federal Building with a false identification is also a Felony.  Making the actions of O’Keefe and his accomplices even more serious. Of course, one of the co-conspirators, Robert Flanagan’s,  father is the acting US District Attorney (Bill Flanagan) for Western Louisiana – so these white boy criminals will likely get “special justice” – walking away with a hand slap instead of prison time.

But it could be “Hard Out There for a Pimp”, having to spend time in a real prison, with real pimps…

Today, Republicans are running away from O’Keefe.

Posted by btx3 on January 27, 2010 in Stupid Republican Tricks