But why is it the companies which stay are having such a hard time finding workers?

The heroin/meth epidemic in rural America is doing more damage than just the never-ending overdoses…It is stealing people’s ability to work. Factory work can be dangerous, with moving machinery and heavy items being trasnsported from place to place. The transportation industry also uses rigorous drug testing because of the danger to the public of an impaired, bus, train, or tractor-trailer driver to the safety of the public. While off-work Marijuana use seems not to be a problem, a remarkably high percentage of at-fault accidents involve operators/drivers who are impaired by drug use.

I have heard this before from a friend who works for the FBI, where they had thousands of jobs open, and not enough people who could pass the background investigation and drug tests to get the security clearances needed. 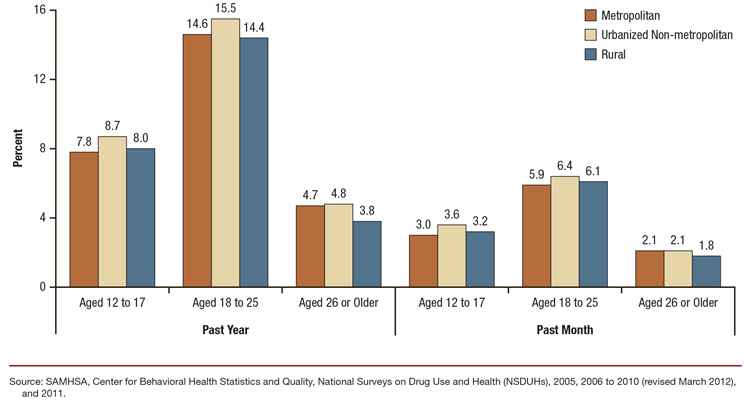 Inside a factory near this lakeside city, a man holding a blowtorch is putting the finishing touches on a plastic rain barrel that will soon make its way to a home and garden section somewhere in America.

He is Talib Alzamel, a 45-year-old Syrian refugee who arrived here last summer with his wife and five children. He can’t speak much English, but neither can most of the 40 refugees who work at Sterling Technologies, a plastic molding company based near the shores of Lake Erie. They earn $8-14 an hour.
The refugees at Sterling come from all over the world, from Syria to Sudan, Chad to Bhutan. And they’ve all passed the company’s standard drug test.
“In our lives, we don’t have drugs,” said Alzamel, who was hired within three months after arriving in Pennsylvania. “We don’t even know what they look like or how to use them.”
But for an increasing number of American-born workers, passing drug tests is a big problem.

The percentage of American workers testing positive for illegal drugs has climbed steadily over the last three years to its highest level in a decade, according to Quest Diagnostics, which performed more than 10 million employment drug screenings last year. The increase has been fueled in part by rural America’s heroin epidemic and the legalization of recreational marijuana in states like Colorado.
With roughly half of US employers screening for drugs, failed tests have real consequences for the economy. More than 9% of employees tested positive for one or more drugs in oral fluid screenings in 2015, the most recent year for which data was available. And the problem is even worse at places like Sterling Technologies.
“Twenty percent of the people are failing,” said Cary Quigley, the company’s president. “We’re seeing positive tests anywhere from marijuana through amphetamines, right all the way through crystal meth and heroin.”
Which is why refugees like Alzamel, despite some language barriers, are quickly snapping up jobs.
“The big factories … they have a problem with the drugs, so like every time they fire someone, they replace him with the refugee, to be honest,” said Bassam Dabbah, who works at a US Committee for Refugees and Immigrants field office in Erie. “The only barrier is the language, but they are picking it up very quick.”
The status of refugees in the US has been under scrutiny since President Donald Trump’s executive orders limiting the number of immigrants to the country. On March 6, Trump signed a new order that bans immigration from six Muslim-majority nations and reinstates a temporary blanket ban on all refugees.

But because of the increase in positive drug tests, the refugees who have reached America in recent years are finding a more welcoming hiring climate, at least for menial manufacturing jobs.
Nearly 6,000 refugees have settled in the last five years in Louisville, Kentucky, helping companies hire workers for jobs that had gone unfilled. Methamphetamine use is so high in Louisville that the number of people testing positive for meth in workplace drug tests is 47% higher than the national average, according to Quest Diagnostics.
Inside the White Castle food processing plant, where they make 50,000 hamburgers per hour, “it’s become like the United Nations,” says Jamie Richardson, a company vice president.
Antigona Mehani, employment services manager at Kentucky Refugee Ministries, says she can usually find a refugee a job within three days.
Employers tell her, “send us as many as you can,” she said. “I hear this every single day.”
CNN’s reporting discovered a similar dynamic in many parts of the country, from Columbus, Ohio, to Albany, New York, to a company in Indiana that supplies parts for Ford cars.
While many employers insist that drug testing keeps the workplace safe and ensures a productive and stable work environment, there is no conclusive evidence that it’s necessary for all jobs or that it lowers risks or reduces drug use.
And workers flunking drug tests is not a new problem, said Calvina L. Fay, executive director of the Drug Free America Foundation.
But it’s a problem that is getting worse, she said. Fay said employers are especially concerned about the increasing failure rates in “safety sensitive” workplaces, where a lapse by a employee under the influence of drugs could cost lives. “They’re frustrated for a number of reasons. In some cases they are having trouble hiring drug-free workers,” Fay said. “They can’t drug-test people every day, so there will be people who slip through the cracks.”
In Colorado, where marijuana is legal, some businesses have told Fay, “they see employees smoking pot on their lunch break and then going back to work.”
One oil and trucking company in Colorado did random drug screening last year and flunked 80% of their employees, mostly for marijuana, Fay said. Colorado’s Supreme Court has ruled that companies may fire employees who smoke pot, even if legally.
“They had to replace everyone,” she said. “The employer was glad he found the problem because his employees do extremely dangerous work. He was shocked and disturbed.”…