Following Facebook a few weeks ago, Twitter is experiencing both global and “roaming” outages around the world. Could be any one of several problems including bad software updates, bugs introduced by new changes, or …Hackers. 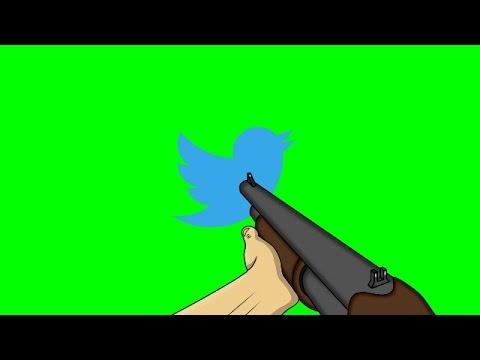 Twitter was experiencing global disruptions on Tuesday that prevented many of its 300 million users from staying connected or from logging on to the social network in the first place.

The company said it was not clear what had caused the problems, which began around 3 a.m. Eastern Standard Time and prevented many users from sharing updates on their smartphones, computers and other mobile devices. As of about 8:30 a.m., the company said the disruptions were still occurring sporadically worldwide.

Twitter declined to specify how many of its users were affected, or what had caused the disruptions — saying only that it was “working towards a resolution.”

Although the disruptions were among the most extensive the company has yet encountered, Twitter is not the only popular social network to have faced technical problems. Facebook, whose users now number more than 1.5 billion worldwide, has also had a spate of shutdowns over the last 18 months, though often the problems have been corrected within hours.

Because Twitter is an important news source, as well as a popular sounding board, the shutdowns were a significant disruption in the global conversation. When other technology and media companies have faced similar problems in the past, people have often turned to Twitter to vent their frustrations — an outlet unavailable this time because the platform itself was the cause of the problem.

“Thanks for noticing,” read a brief note that appeared on users’ Twitter pages when the website had problems loading. “We’re going to fix it up and have things back to normal soon.”

The hashtag #TwitterDown started to trend on the site when it was working, as well as on its rival Facebook, where people playfully mocked Twitter’s disruptions.

“Apt song for the #TwitterDown crises we are facing at the moment,” Paul Lee Lotter, a Facebook user from South Africa, said in a post that included a link to the Led Zeppelin song “Communication Breakdown.”

Twitter has had a string of difficulties recently, with the American company facing growing investor anger since its blockbuster initial public offering in 2013.

The company’s stock, for instance, has lost almost a quarter of its value in the past month, amid criticisms of the way Jack Dorsey, the Twitter co-founder who recently returned to become its chief executive, is running the platform.

That includes experiments to introduce a longer form of tweet, in what would be a move away from the simplistic design that the service was originally founded on. Mr. Dorsey has also tried to broaden Twitter’s appeal, a problem the company has struggled with for years, much to the consternation of its investors.

Jeb Bush’s support among Republicans nationally has plummeted to the low single digits in the latest Quinnipiac University survey released Wednesday, as the former Florida governor’s campaign seeks to hit refresh with its “Jeb Can Fix It” tour.

In the latest poll, conducted after last week’s third GOP debate in which Bush delivered a mediocre performance, just 4 percent of Republican and independent Republican-leaning voters said they would support Bush in their state’s primary. In the September survey, Bush earned 10 percent, trailing Trump, Carson and Carly Fiorina. And in terms of favorability, no one polled lower than Bush, at a net-negative of 33 points. Just 25 percent of all registered voters surveyed said they had a positive opinion of him, while 58 percent said they had a negative one.

And I Really Don’t Like the Curtains Either! Confederate Mania

Strange one. A Wisconsin man, enraged by the display of a Confederate Flag, barges into a woman’s home to remove it!

Wis. Man Arrested After ‘Shoving’ Woman to the Ground, Barging Into Her Home to Remove Confederate Flag: Report

This Wisconsin resident seems to really take issue with the Confederate flag.

Tajaun Boatner was arrested last week after he allegedly shoved past a woman, and barged into her home to remove the controversial flag that was hanging inside, the Daily Mail reports.

Boatner had reportedly spoken before to the woman, asking her to take down the flag, which she hung from her kitchen window. The woman moved the flag to the bathroom window, but Boatner was apparently not pleased at all.

The woman told police that she and Boatner got into a verbal argument before she ended up calling Boatner a racial slur, the Daily Mail reports. Boatner, at that point, had had enough and allegedly pushed past the woman and tore down the flag himself, according to the site.

The woman called police, who arrived at the scene and said that Boatner was combative. He allegedly struggled when they tried to handcuff him and refused to spread his legs so that they could pat him down for weapons. He allegedly continued to kick at officers as they put him in the police vehicle and attempted to close the door.

The economy is recovering. Just not as quickly or as evenly as most would like.  This one from the WSJ…With the usual temporizing.

Black Unemployment Falls Below 10%, Still Twice the Rate for Whites

…For the first time since 2007, the national unemployment rate for African Americans dipped below 10 percent in the second quarter of 2015,  according to the Labor Department. Despite that improvement, at 9.5 percent, it’s still nearly twice the national average of 5.3%, and more than double the 4.6% rate for whites…

However, as researchers at the Center for Economic Policy Research have pointed out, that piece of paper is no hedge against unemployment: a 2014 analysis found that 12.4% of black college graduates aged 22 to 27 were unemployed, compared with 5.6% of all college graduates in the same age group.

So what else explains the gap? Unsurprisingly, discrimination appears to be at play. Using what are known as “audit surveys,” researchers have found that black job applicants are less likely to get called back for job interviews or hired, compared with white and Hispanic applicants with identical credentials. One well-known 2009 study byDevah Pager, Bruce Western and Bark Bonikowski used trios of actors, one black, one white, and one Hispanic, to apply for low-wage jobs like sales associate or waiter around New York City. The study found that blacks without a criminal record fared about as well as whites with a stated criminal record (i.e., who listed their parole officers as a reference).  “The findings suggest that a black applicant has to search twice as long as an equally qualified white applicant before receiving a callback or job offer from an employer,” the authors wrote…

African-Americans took one of the hardest hits during the financial crisis, losing one-third of their aggregate household wealth between 2010 and 2013, a Pew Research Center analysis found. Even in a recovery, with so many still looking for work, it’s hard to envision how those families can begin to rebuild.

This took a bit of courage. Thank you Bree, and your fellow protesters who removed the confederate flag from the South Carolina Statehouse.

The woman, identified as “Bree” in a news release by activist group Blackbird, did not act alone, but was part of a larger group of concerned citizens who wanted to see the flag come down. Bree is black, but the group she was part of is multiracial, according to the release.

“We removed the flag today because we can’t wait any longer,” Bree said in a statement. “We can’t continue like this another day. It’s time for a new chapter where we are sincere about dismantling white supremacy and building toward true racial justice and equality.”

The woman made it about halfway up the pole when authorities commanded her to come down, but she continued to go up and remove the flag, which was padlocked in place. She was arrested, along with a man and a woman who accompanied her to the Statehouse grounds in Columbia.