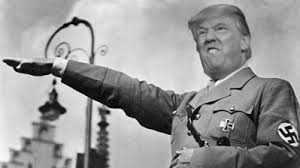 Another district who has found out that Tea Bagger elected officials are toxic, and that the “throw the bums out” elections in 2009 and 2010 resulted all to often in letting the scumbags in.

This could be a bell weather of the 2012 elections, with voters expressing severe “buyers regret” over Tea Party candidates  whose often radical hidden agendas weren’t exposed until after their election.

Voters in Wake County, N.C. headed to the polls yesterday in high numbers to reject a slate of conservative Republican Board of Education candidates who opposed a longstanding diversity policy aimed at avoiding high-poverty and racially-isolated schools.

The big win for Democrats and desegregation represents a big loss for conservative benefactor Art Pope, who served as the architect of the 2009 school board election that saw an anti-diversity Republican majority win control of the officially nonpartisan body, and who along with his political network backed yesterday’s losing candidates. Pope is one of the most influential money men in North Carolina politics and is a close national ally of the billionaire Koch brothers through his role as a national director of the conservative advocacy group Americans for Prosperity, which backs school privatization and whose North Carolina chapter helped Republicans in the 2009 school board race.

With five of the board’s nine seats up for grabs yesterday, Democrats won four races outright and ousted board chair Ron Margiotta, a particularly divisive figure who also serves as a trustee for a private school run by Bob Luddy, a close associate of Pope and the Koch brothers and another major funder of this year’s anti-diversity-policy candidates. Margiotta lost to political newcomer Susan Evans by 52% to 48% in Southwest Wake’s District 8, considered the most strongly Republican of the board’s nine districts. END_OF_DOCUMENT_TOKEN_TO_BE_REPLACED