“Ain’t Gonna Stay There, No” Customers Bail on Trump Properties

Seems that there is an unofficial boycott going on. Trump properties are dropping in value like a cannonball off a tall building. Customers are fleeing en masse, as he exposes his ass on national TV every day. Considering that many of his supporters come from the dregs of American society, it is unlikely many can fork over $500 or better a night for a hotel room. 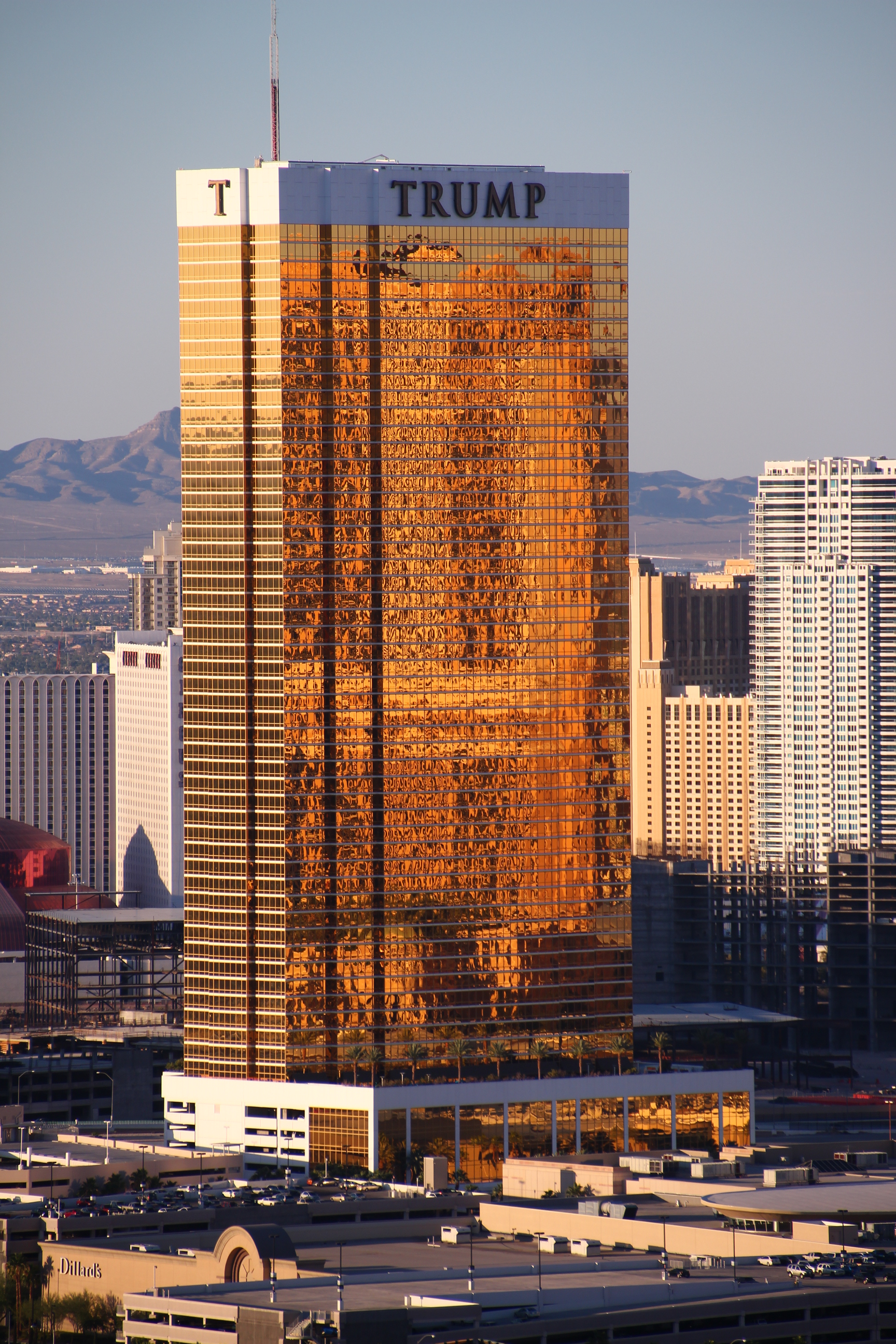 The Trump Hotel…VACANCY – Any room you want!

Donald Trump promises to “make America great again” if he’s elected president — but he might have a problem making Americans want to stay at his hotels again after his obnoxious campaign is over.

The presumed Republican presidential nominee has slapped his name onto all sorts of products and buildings — but it appears that Trump’s hateful campaign rhetoric may be damaging the Trump business brand, reported Priceonomics.

The website found that bookings at Trump Hotels’ most popular destinations have declined by 59 percent compared to last year.

Priceonomics analyzed hotel data from Hipmunk, one of the website’s customers and a travel search engine, and found that Trump Hotels’ six most-popular locations had been exempt from the overall increase in hotel bookings compared to last year.

“It seems that customers willing to spend $500 a night on a Trump Hotel room may not be fans of Trump the political candidate,” the website reported.

Trump Hotels made up 1.7 percent of all Hipmunk bookings last year in the major cities where they are located, but customers have been staying away in droves over the past three months, compared with the same three-month period last year.

His hotels in New York City and Las Vegas have seen their share of each city’s total bookings drop by more than 70 percent, and the Trump Hotel in Toronto has seen its share drop by 47 percent, while the one in Chicago has dropped by 31 percent.

Even in Atlantic City, where Trump Hotels have the highest percentage of a city’s total bookings, the Trump Taj Mahal has lost 17 percent of its market share.

Hipmunk’s customers tend to be younger and more urban than other customers, and Trump hasn’t fared especially well among that demographic.

But for now, at least, it appears Trump the politician might not be helping Trump the businessman.

There is a very good restaurant near where I used to have an office.  Excellent food, great service, and an attentive staff. Only been there twice, despite the convenience.

Why? The noise level is through the roof. You can’t have a conversation in normal tones sitting across the table with your group. The two times I’ve been there were both at someone else’s invitation. I’ve nixxed going there over a dozen times either for business or social meetings. Doesn’t much matter about the food or decor…

If you can’t have a normal conversation.

Designers have gotten into a modern style which, while attractive – does nothing to enhance the customer’s experience. If you are 20 something, and single – shouting over 300 other people shouting may be attractive. After all, a high level of noise can provide its own anonymity.

But if you are not in the “meat market” – sometimes the noise level can be quite painful, especially to baby-boomers who are now paying the price in hearing loss from loud music in their youth. And like it or not – its the baby boomers and businessmen who are dropping $200-300+ on a table for lunch or dinner.

A lot of times when travelling and just looking for a dinner outside of the Hotel kitchen, I will do a walk by. Typically there are a cluster of eateries near a major hotel. That walk by has grown to not only checking the menus and daily specials – but a quick look inside to assess the noise experience, since until only recently have a few of the restaurant ratings services begun to address the issue – despite the fact that it is the second leading complaint by diners after poor service. My feeling is that a place that doesn’t give a damn about diner comfort – is eventually (sooner rather than later) going to fail on the food quality issue.

Noisy restaurants: Taking the din out of dinner

You can count on the hippest restaurants to have dazzling menus, stylish servers and an attractive clientele.

And increasingly, there’s a featured side dish: noise.

The hustle and bustle is credited with bringing in more business, but it’s also creating a backlash.

Kristina Pivnyuk, 21, said she was hoping for an evening of fine food and good conversation when she ate recently with friends at Bottega Louie in downtown Los Angeles. She got only the meal.

“It kind of ruined the experience for me,” the Cal State Northridge student said, recalling the loud music and diners shouting to be heard over the din.

In what may rival the dumbest marketing decisions by a company in the past 50 years, NetFlix seems to want to compound the problem by blaming the consumers reaction to their raising rates on (of all people) the Tea Party and Occupy Wall Street…

Considering the share value of the company has dropped from a high of $300.00 in July to $87.00 yesterday – I think if I was sitting on a box full of NetFlix shares, the management would have to come up with a whole lot better story than that! The company has bled 800,000 customers since the fateful announcement that they could be nearly doubling their rates.

This one is bound for a “B” School Case Study right beside “New Coke” and Xerox’s “nobody wants those little copiers”.

I think the folks at RedBox are licking their chops at the idea NetFlix will exit the mail business.

Anyway – my view of the world is, that the only way you can sell the “cloud” and cloud based services to the public is if broadband access is free, reliable, and available to anyone – anywhere. If a guy can’t pay the mortgage, the cable bill isn’t far behind. And at rates going from $100-200 or more a month, the only “triple play” is the one where the carriers sock the consumer with a bunch of hidden charges every month on top of that advertised $99/month bill.

Reed Hastings was soaking in a hot tub with a friend last month when he shared a secret: his company, Netflix, was about to announce a plan to divide its movie rental service into two — one offering streaming movies over the Internet, the other offering old-fashioned DVDs in the mail.

“That is awful,” the friend, who was also a Netflix subscriber, told him under a starry sky in the Bay Area, according to Mr. Hastings. “I don’t want to deal with two accounts.”

Mr. Hastings ignored the warning, believing that chief executives should generally discount what their friends say.

He has since regretted it. Subscribers revolted and many dropped the service. The plan further tarnished a once widely respected Internet service that had already been wounded by an unpopular price increase in the summer. Mr. Hastings was forced to reverse the planned split — but not the price increase — three weeks later and apologized.

On Monday, the company revealed the damage that had been done. It told investors that it ended the third quarter of the year with 800,000 fewer subscribers in the United States than in the previous quarter, its first decline in years. The stock plummeted more than 25 percent in after-hours trading. [In regular trading Tuesday, the stock was down more than 30 percent by midday.] END_OF_DOCUMENT_TOKEN_TO_BE_REPLACED