At his Harrisburg, PA rally on Saturday celebrating his first 100 days in office, President Donald Trump claimed that the crowd at the expo center was a record-breaker and that people were lined up outside to get in, but the building was too small… 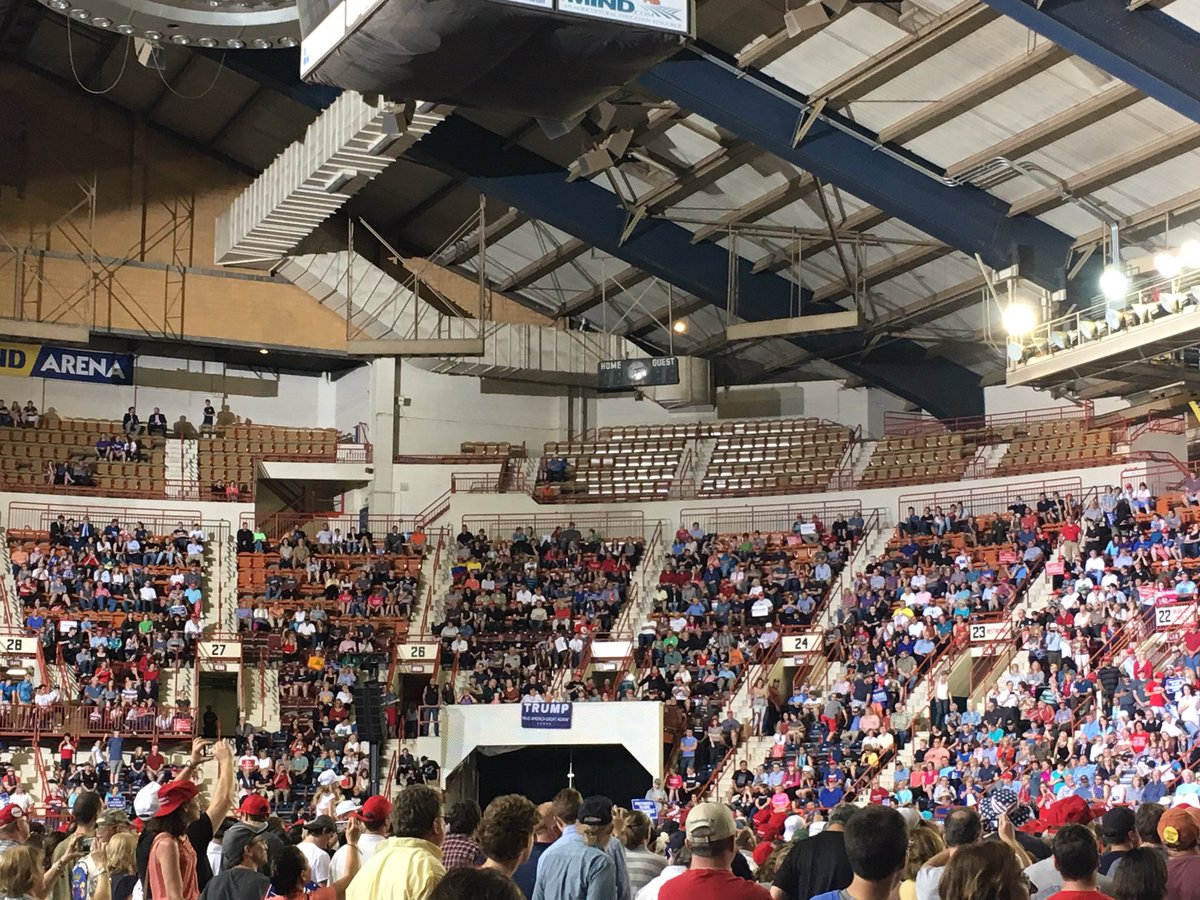 Yeah…Sort of like a Bobby Brown Concert at Shea Stadium.

Of course it is hyperbole…But fun!

Getting to the source of why the Park Service is up in arms!

In a Saturday phone call, Trump personally ordered Reynolds to produce additional photographs of the previous day’s crowds on the National Mall, according to three individuals who have knowledge of the conversation. The president believed that they might prove that the media had lied in reporting that attendance had been no better than average.

Trump also expressed anger over a retweet sent from the agency’s account, in which side-by-side photographs showed far fewer people at his swearing-in than had shown up to see Barack Obama’s inaugural in 2009.

According to one account, Reynolds had been contacted by the White House and given a phone number to call. When he dialed it, he was told to hold for the president.

For Trump, who sees himself and his achievements in superlative terms, the inauguration’s crowd size has been a source of grievance that he appears unable to put behind him. It is a measure of his fixation on the issue that he would devote part of his first morning in office to it — and that he would take out his frustrations on an acting Park Service director. 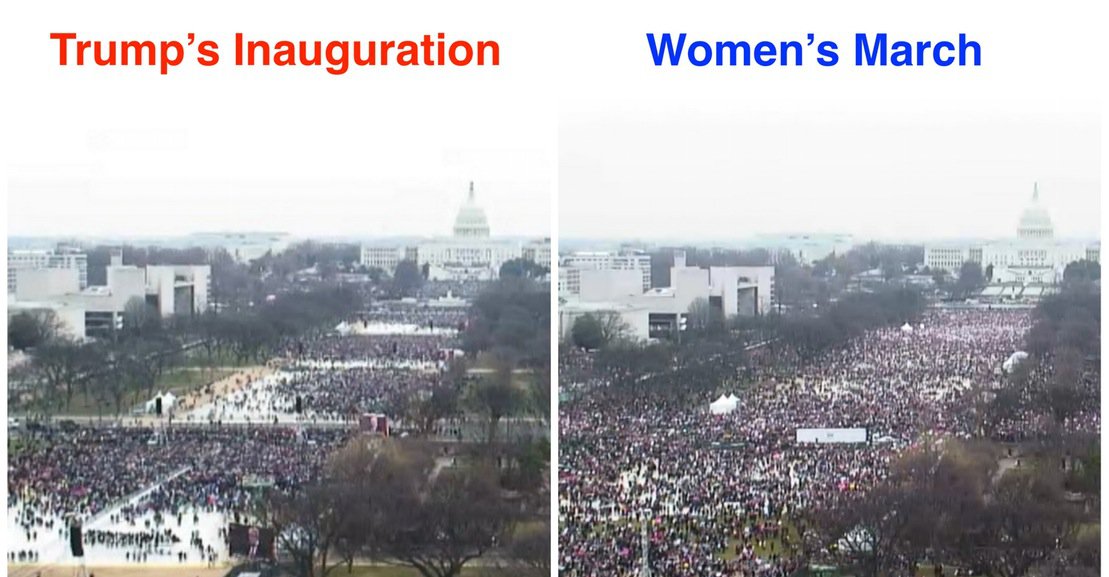 Looking at the number of bus parking permits applied for (1200), and the hour long waits to get on the suburban DC METRO Subway stations to get into the city…The crowd is shaping up to be 500,000 – 600,000 so far. Two to tree times larger than the Chumph supporter crowd at the coronation yesterday. Metro has not published fare data yet and won’t until tomorrow, but looking at public information on the wait times at various stations indicates this may well be a huge crowd. It is shaping up to be much bigger than the 200,000 forecast.

With protests around the world in other cities, the anticipated number of protesters could well be above 2 million – over 10 times the inauguration’s pitiful crowd.

Crowds protesting the coronation of the illegitimate Trump presidency could exceed 5 million. There are actually over 300 Groups protesting today…Just in DC. 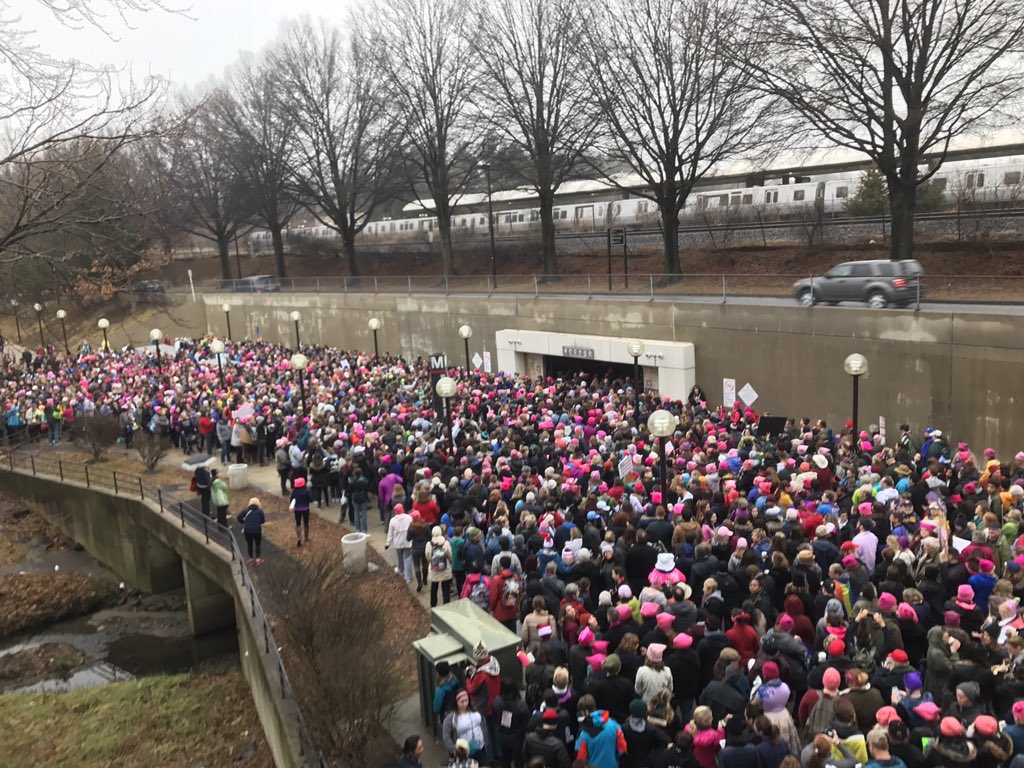 This is one of the Metro Stations – Shady Grove. This tunnel goes under the highway and into the Station at the top right. An 8 car consist Metro Train can carry 200 passengers per car – or 1600 per train. On a maximum run done for major events – there is a train every 2 minutes (actually 28 in each direction per hour). An hour’s wait means there are @ 48,000 people in front of you. There are about 50 Suburban Stations. In a situation like this, it would not be unusual for the trains to skip the stations further out so that the closer in station’s passenger get service.

Enormous Crowds Expected at Women’s Marches Around the World

From Washington, DC, to Riyadh, more than 2 million women are set to protest the inauguration of President Donald Trump.

On Saturday, January 21, more than 200,000 women are expected to march in Washington, DC, to protest the inauguration of Donald Trump. The organizerspredict that they’ll be joined by more than 2 million women in more than 600 marches worldwide. Want to find a march near you? Use this tool.

Mother Jones reporters are on the scene at the marches. Check back here for rolling updates. 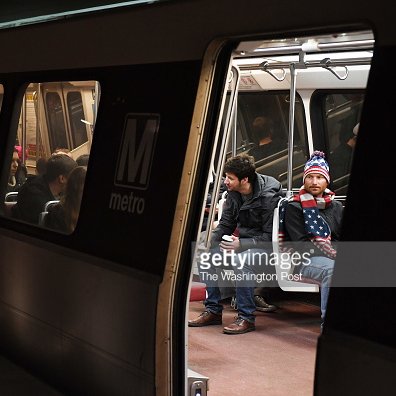 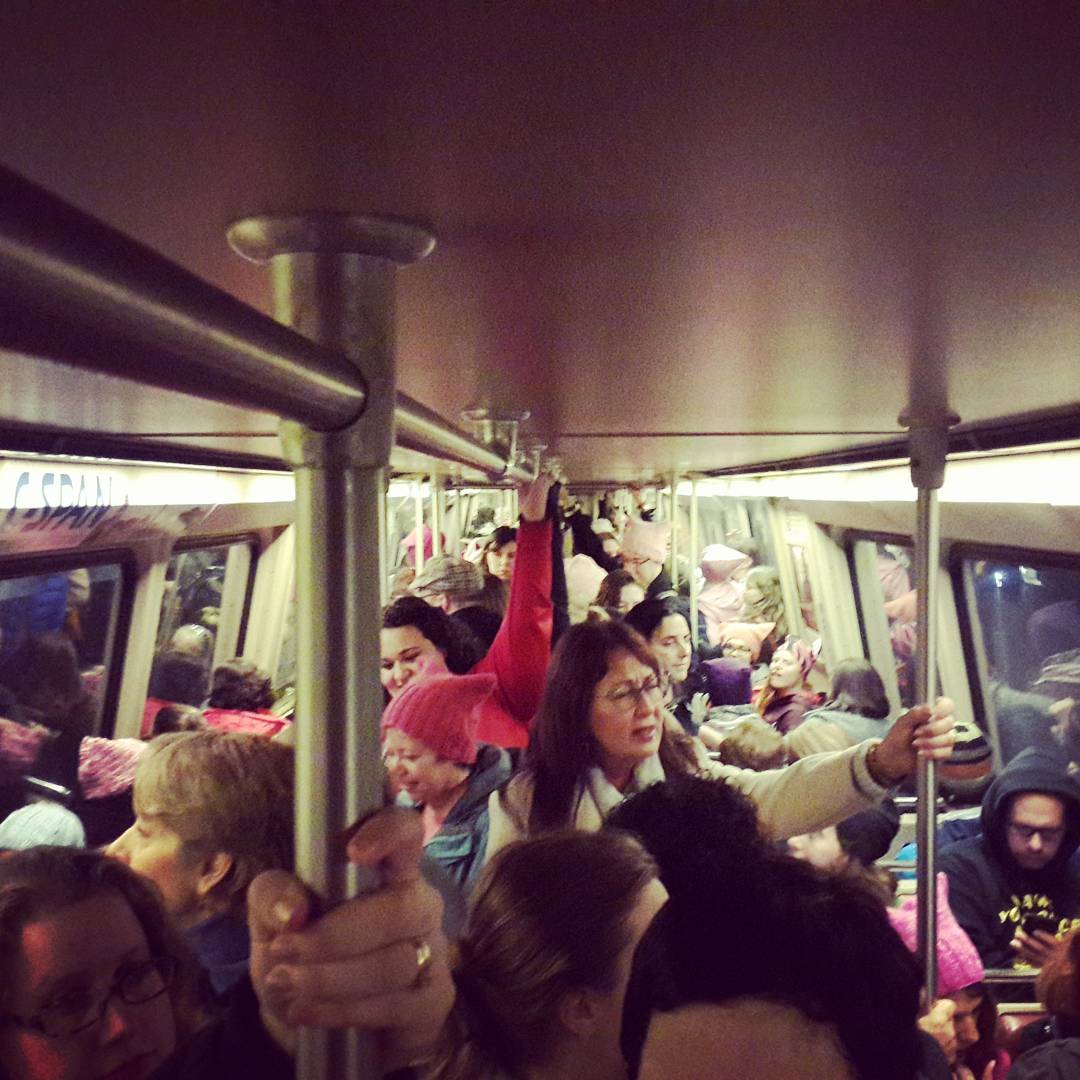