Trump is too much of a coward to debate Bernie…

Nobody it seems…Except the Trump!

Megyn owns his behind!

Trump ‘Definitely Not’ Participating In Last GOP Debate Before Iowa

The GOP presidential candidates will face off Thursday in their final debate before next week’s Iowa caucuses — this time, without Donald Trump.

Fox News, which is hosting the event, announced on Tuesday which candidates made the cut for the primetime debate, which will begin at 9 p.m. EST.

Trump’s campaign manager Corey Lewandowski confirmed to the Washington Post on Tuesday that the GOP front-runner is “definitely not participating in the Fox News debate.”

In a statement, the campaign announced that Trump will hold his own separate event in Iowa to raise money for wounded veterans.

“Like running for office as an extremely successful person, this takes guts and it is the kind of mentality our country needs in order to Make America Great Again,” the campaign said.

Fox News issued a statement on Tuesday night that blasted the Trump campaign for making ridiculous ultimatums and threatening the reputation of anchor and debate moderator Megyn Kelly.

Now – having been in a couple of bad situations – one, as a teen involving jumping into a river into 30′ deep pitch black water with a friend to pull 2 guys out of a sunken boat, and being swept what seemed like 100 yards down steam by the current with one of the guys in tow before I could get to the surface…

I can guarantee you nobody knows what they will do when confronted with a life or death situation. If I had the time to think about it, I probably never would have jumped. Without the support of each other, neither myself or my friend may have jumped. If confronted with the same situation again – I have no idea if I would or could do something like that again. I can tell you when I got back to land…I was scared chitless and shaking like a leaf from the adrenaline crash.

The thing about folks we call heroes and courage is there is no way to predict who will do what. Those who brag about what they would do when ………. happens – are usually the first guys to fold. Looking certain death in the face isn’t something the vast majority of folks can handle, despite all the TV heroes.

So Uncle Ben talking about he would stand up to a guy with a gun pointed at his head – especially after the guy has already murdered several people…Is total bullshit. Most likely the next stop would have been the laundromat to get his pants and undies cleaned – if he survived after grovelling on his knees and fouling himself.

Posted by btx3 on October 7, 2015 in Black Conservatives

The Clown Bus theater gets better every single day!

The bombastic bloviate and presidential candidate in his own mind, announces that John McCain “is not a war hero”.

He may not be the brightest bulb in the pack (he graduated 5th from the bottom of his Naval Academy class) but the guy served as a pilot in Vietnam, and was shot down bombing Hanoi… He certainly is no coward.

Last week, one of the bravest men in the Civil Rights Movement of the 50’s and 60’s passed away. His legacy is the world we live in today, where statutory discrimination has largely ended.

A little about Mr. Shuttlesworth –

It was during the 1950s in segregated Alabama that Rev. Shuttlesworth began his push for integration on all levels of society. Performing acts of civil disobedience wherever necessary — like purposefully sitting in all-white sections of parks, train stations and more — he faced every form of police intimidation, arrests, beatings and death threats. His home and church were bombed, he was struck with brass knuckles and he routinely faced Klansmen ready to silence him. Rev. Shuttlesworth formed the Alabama Christian Movement for Human Rights and also established the Southern Christian Leadership Conference.

Herman's Spot on the Bus

Sat in the back of the bus, and did not participate in any Civil Rights Marches, despite attending college at the epicenter of resistance to segregation laws in the southeastern US – Morehouse College.

“Where do you think black people would be sitting on the bus today if Rosa Parks had followed your father’s advice?” O’Donnell asked. It was an audacious question, and Cain took the bait, reacting forcefully.

“You are distorting the intent of what I said,” Cain said. “…If I had been a college student I probably would have been participating.” He said that, as a high school student, “it was not prudent” for him to be involved. O’Donnell didn’t buy this. He noted that Cain had been a college student “at the height” of the movement, from 1963-67, when other black people were “murdered” fighting for their rights. He asked Cain if he regretted “sitting on those sidelines.”

Cain called this an “Irrelevant comparison.” O’Donnell said he was just reading from Cain’s book. “Did you expect every black student and every black college in America to be out there?” Cain said. “…You didn’t know, Lawrence, what I was doing…maybe, just maybe, I had a sick relative!”

“I gave your book a fair reading, and I didn’t read anything about a sick friend,” O’Donnell said. “What I did read was a deliberate decision to not participate in the Civil Rights movement.”

“I don’t believe racism in this country today holds anybody back in a big way.”

Posted by btx3 on October 10, 2011 in Black Conservatives

America…Sold Down the River on Debt Deal

Thanks President Obama – for selling America down the river…

All bow down at the altar of conservative intransigence.

What next? You going to cave on bringing back slavery?

To Escape Chaos, a Terrible Deal

There is little to like about the tentative agreement between Congressional leaders and the White House except that it happened at all. The deal would avert a catastrophic government default, immediately and probably through the end of 2012. The rest of it is a nearly complete capitulation to the hostage-taking demands of Republican extremists. It will hurt programs for the middle class and poor, and hinder an economic recovery.

It is not yet set in stone, and there may still be time to make it better. But in the end, most Democrats will have no choice but to swallow their fury, accept the deal, and, we hope, fight harder the next time.

For weeks, ever since House Republicans said they would not raise the nation’s debt ceiling without huge spending cuts, Democrats have held out for a few basic principles. There must be new tax revenues in the mix so that the wealthy bear a share of the burden and Medicare cannot be affected.

Those principles were discarded to get a deal that cuts about $2.5 trillion from the deficit over a decade. The first $900 billion to a trillion will come directly from domestic discretionary programs (about a third of it from the Pentagon) and will include no new revenues. The next $1.5 trillion will be determined by a “supercommittee” of 12 lawmakers that could recommend revenues, but is unlikely to do so since half its members will be Republicans…

This for you, President Obama. Buy your own damn gold frame…

Alan West Flunks That “Officer and a Gentleman” Quiz… Again 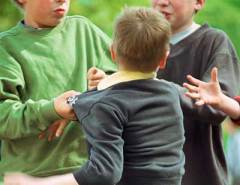 The reason Alan West got kicked out of the Army is torturing a prisoner, while half a dozen of his soldiers held him down.

Seems West is showing the same sort of “courage under fire” now.

In his verbal explosion, the Plantation Republican suggested his beef with Wasserman Schultz began in October 2010 and “the disgusting protest you ordered at my campaign” headquarters in Deerfield Beach, West said in his email. But what finally set West off was the fact that Wasserman Schultz, the Democratic National Committee chair, said on the House floor that it was “unbelievable from a Member from South Florida” to support a plan that slashes Medicaid and Medicare “in favor of protecting tax breaks for Big Oil, millionaires, and companies who ship American jobs overseas.” She never identified West by name.

West, who had left the House floor by that point, then dashed off his retort.

“Let me make myself perfectly clear, you want a personal fight, I am happy to oblige. You are the most vile, unprofessional ,and despicable member of the US House of Representatives. If you have something to say to me, stop being a coward and say it to my face, otherwise, shut the heck up. Focus on your own congressional district!,” West wrote.

“Understand that I shall defend myself forthright against your heinous characterless behavior,” West continued. “You have proven repeatedly that you are not a Lady, therefore, shall not be afforded due respect from me!”

The war of words underscores the tensions in Congress as members grapple with whether and how to raise the debt ceiling. Not only does the squabble pit one of the most liberal members of Congress against of its most conservative, it’s a sign of the polarizing politics in Broward County where their districts border each other.