The Fall of The Republican Party

The folks over at MSNBC were certainly fired up last night. Olbermann, who hasn’t really lit off a good stemwinder of an indictment for a while – hits a grand slam with this one.

But the Republican Party may well collapse because they have radicalized themselves out of relevance.

Posted by btx3 on March 23, 2010 in Stupid Republican Tricks

How did conservatism fail America?

The U.S. rates relatively poorly in the 2009 Legatum Prosperity Index, a ranking of 104 countries in terms of a broad definition of prosperity that includes economic growth and quality of life measures.

America leads big countries, with strong scores for democracy, entrepreneurship and innovation, but it still has a long way to go, easily losing to the Scandinavians, Canadians, Aussies and others in many important categories like health, governance and economic fundamentals.

Posted by btx3 on October 28, 2009 in Stupid Republican Tricks

Listening to Glenn Beck and Michelle Maliken this week you would have to believe that every old white guy in the country has a bulls eye painted on his back. White victimization is a popular string among the racist set, where a long line of perceived disadvantages manufacture the justification for hate.

The target audience for this currently is disaffected older white males, who are suffering from the recession/depression which was manufactured by failed conservative policies. Obviously, it is Beck and his kindred talking heads job to point the blame at Minorities – instead of squarely at folks like him who enabled the crippling of the nation’s economy. 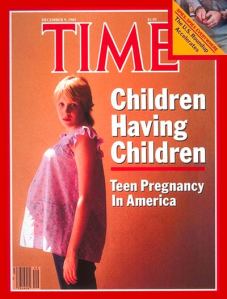 Teenage pregnancies and syphilis have risen sharply among a generation of American school girls who were urged to avoid sex before marriage under George Bush’s evangelically-driven education policy, according to a new report by the US’s major public health body.
END_OF_DOCUMENT_TOKEN_TO_BE_REPLACED