Why We Are Never Going To Have That Talk…

There will never be an “honest discussion on race” with conservatives…

Because conservatives are fundamentally dishonest on race.

This screed, by Dennis Prager illustrates that exactly. 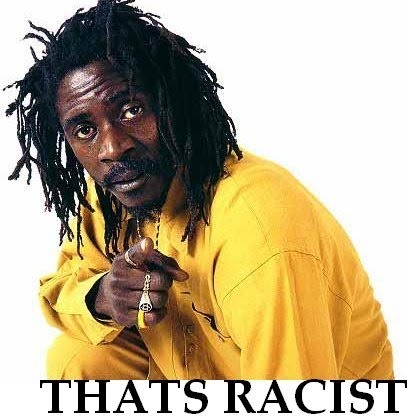 After 50 years of being inundated with stories of white racism, and being taught in college that in this white-dominated society, only a white can be a racist, the American public has been properly brainwashed into accepting the otherwise incredible: A black man murdered eight white people at his place of work because they were white, and the media story is about the murderer’s alleged experiences of racism.

“50 years of stories of being inundated with stories of white racism”? Prager sets the stage right off here for two core conservative memes – “black people are whiners”, and “white people are victims”. Essentially without “victims” you cannot have modern conservatism. The etymology of such “victimhood” is disturbing, originating from the bowels of the white supremacist groups, who found “white victimology” as an effective recruiting tool – just as Hitler found German victimization by Jews prior to WWII fertile ground for Nazi recruitment. Thus you hav a core belief set which turns every shred of objective reality, whether scientific and social research,  statistical data collected by dozens of governmental or commerical entities, and analysis…

Utterly and completely on it’s head. Truth here, even if buttressed on the foundation of science and mathematical certainty… Is irrelevant. Blame the victims, and claim vicitmology!

Here’s the Associated Press Report from Aug. 7, four days after the murders. It was reprinted in The Washington Post and throughout America:

“To those closest to him, Omar Thornton was caring, quiet and soft-spoken … But underneath, Thornton seethed with a sense of racial injustice for years that culminated in a shooting rampage Tuesday in which the Connecticut man killed eight and wounded two others at his job at Hartford Distributors in Manchester before killing himself.

“‘I know what pushed him over the edge was all the racial stuff that was happening at work,’ said his girlfriend, Kristi Hannah.

“‘He always felt like he was being discriminated (against) because he was black,’ said Jessica Anne Brocuglio, his former girlfriend. ‘Basically they wouldn’t give him pay raises. He never felt like they accepted him as a hard working person.’

“‘Thornton changed jobs a few times because he was not getting raises, Brocuglio said.”

“He might also have had cause to be angry: he had complained to his girlfriend of being racially harassed at work, the woman’s mother said, and lamented that his grievances had gone unaddressed.”

Of course, Thornton was fired for stealing beer, and there was video proof of him doing so. But this fact — the one indisputable and most pertinent pre-murder fact — got lost within the larger context of Thornton’s claims of being a victim of whites.

Those preoccupied with Thornton’s charges of workplace racism might wish to reflect on this: Racist and other bigotry-based murderers always blame their victims. Medieval Christians who murdered Jews blamed the Jews for poisoning wells, baking Christian children’s blood in their matzo or some other terrible crime. Whites who lynched blacks blamed those blacks for rape or some other crime. Nothing is new about the Thornton racist murders except that the society in which in it occurred concentrated on the racist’s excuses rather than on his murders.

ONLY those folks who murder because of race? What about the guy down at Ft. Hood – who murdered because he was a whackjob who felt he was persecuted by Christians and Jews? Or – the Va Tech Killer, who murdered because he was a whackjob, and his motive… Well they’ve never figured out his motive, but from his self published manifesto we get – “”You forced me into a corner and gave me only one option…You just loved to crucify me. You loved inducing cancer in my head, terror in my heart and ripping my soul all this time”.”